Will philanthropists step up in a world without Roe? 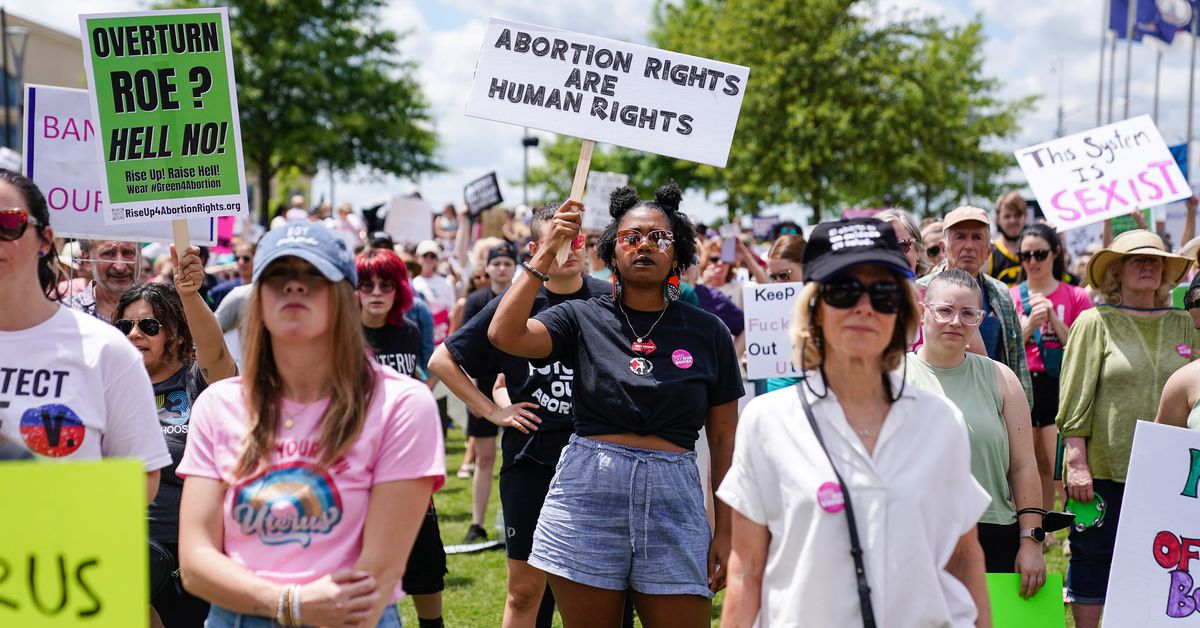 As the Supreme Court moves closer to overturning the right to safe and legal abortion, abortion funds — the roughly 90 nonprofit groups nationwide that help people cover the cost of abortion care — have emerged as a focus of activism and attention.

Journalists have written about the importance of these funds, many of which are volunteer-led. Even former President Barack Obama tweeted over the weekend urging his followers to donate to them.

The costs of abortion have been going up quickly in the US: a study released last month by researchers at the University of California San Francisco found the median self-pay price of medication abortion and first-trimester surgical abortion significantly increased between 2017 and 2020 — 13 and 21 percent respectively — outpacing the 8 percent increase expected based on inflation.

Abortion funds only award grants that cover a fraction of the total cost, and they can’t afford to help everyone seeking aid. In fiscal year 2019, the National Network of Abortion Funds said its affiliates directly supported 56,155 people across the US, or just a quarter of the 215,573 calls they received that year. In fiscal year 2020, abortion funds collectively mobilized $9.4 million — an amount that supported just a fraction of the more than 229,000 requests they received.

One key challenge is that abortion funds rely largely on individual donors and grassroots organizing. In the absence of overturning the Hyde Amendment and public financing for abortion, meeting the needs of low-income and uninsured people would require the kinds of institutionalized philanthropy that has long been dedicated to other social causes — including other forms of reproductive health care.

It’s harder than it should be to answer the question of how much more money these groups would need to equitably fund abortion in a post-Roe world — in part because philanthropy has long stigmatized abortion care and avoided the space.

How much would it cost to fully fund abortion for those who can’t afford it?

Estimating how much will be needed to cover abortion care post-Roe may seem like a relatively straightforward research question. But activists and leaders say it’s a figure that’s been difficult to nail down.

Here’s what we do know:

According to the University of California San Francisco study, the median cost for medication abortion in 2020 was $560. For a first-trimester surgical abortion, it was $575; for a second-trimester abortion, $895.

Those costs are already burdensome for many seeking care. The Guttmacher Institute reports that some 75 percent of abortion patients are poor or low-income, and the US Federal Reserve reported that as of 2019, about one-quarter of US adults would not be able to cover a $400 emergency expense using money in their checking or savings account.

Experts agree that whatever the total cost would be now to meet the needs of low-income and uninsured pregnant patients who want an abortion, that number would certainly go up in a world where Roe was overturned. One estimate found 41 percent of women of childbearing age would see their nearest abortion clinic close, and the average distance those women would have to travel to reach one would be 279 miles, up from 35 miles at present.

Right now, the best back-of-the-envelope estimate for the total cost of providing care to women who lack it came from the Advancing New Standards in Reproductive Health research program (ANSIRH) at the University of California at San Francisco.

Ushma Upadhyay, a social scientist with ANSIRH, said that 65,000 people, or nearly 8 percent of US patients, currently travel out of state to obtain an abortion, and that “a conservative unpublished estimate” discussed by experts is that 100,000 more are expected to have to do so if Roe is overturned.

“I would estimate that funding needed to cover all out of state abortions would be $99 million,” she told me, an estimate based on assuming that 54 percent of abortions are medication abortions, 38 percent take place during the first trimester, and 8 percent are second-trimester or later. This figure, Upadhyay adds, does not include costs for travel, child care, and time off work.

It has historically been very difficult to estimate how much money abortion funds need, said Stephanie Peng, a researcher at the National Committee for Responsive Philanthropy, a progressive watchdog for charities. The funds vary considerably in size and level of volunteers and full-time staff; abortion costs vary depending on how far along the patient’s pregnancy is; and evolving state restrictions add more complexity.

Another challenge is that most funds are largely run by volunteers who simply cannot handle data analysis work on top of their existing responsibilities. As part of her dissertation, Ariella Messing, a Johns Hopkins University graduate student, asked different abortion funds how much money they would need to meet the full needs of all their callers. Only one participant from roughly 25 funds provided a ballpark estimate.

The Mountain Access Brigade, an abortion fund in east Tennessee, took a rare stab recently at estimating its projected cost for a post-Roe future. In the first four months of 2022, the fund reported it spent $16,000 to help 75 people cover the cost of abortions, an average of $197 per request, and needed an additional $25,000 to have funded their clients’ full needs,

If abortion is banned in Tennessee in July following a June Supreme Court decision, the group says a conservative estimate of needed funding for the rest of 2022 alone would be $500,000.

But trying to estimate the current need can also obscure a larger point, some advocates said. When Brandi Collins-Calhoun, a researcher at the National Committee for Responsive Philanthropy, worked on maternal health, for example, she never faced questions about how many mothers would need support, or how many it would be necessary to fundraise for. The goal was to push for the best quality care and ensure it was broadly available to those who needed it.

“If more people knew how to get an abortion, then we would see those numbers [around total need] go up, and part of what philanthropy and also society needs to understand is that if [abortion funds] are sustained and well-funded, it’s not like there’s going to be less abortions,” she said. “The reality is there would be more, and that’s a good thing.”

When Vox reached out to leaders working on abortion access to ask how much they would need in a post-Roe world, one constant in the responses was that the unmet need is already enormous.

A spokesperson for the Brigid Alliance, which helps fund travel for those seeking abortion care beyond the first trimester, told Vox that currently most of their clients are forced to travel more than 1,000 miles and the average cost per itinerary for each client they serve is $1,000.

“While it is difficult to estimate future needs, here’s what we can predict,” they said. “If the Supreme Court overturns Roe v. Wade and total abortion bans are enacted in more than half of states, we expect the number of people who need to travel for care to quadruple.”

Wen Brovold, a spokesperson for Groundswell Fund — one of the largest national foundations to support reproductive justice efforts — said in 2021 they sent nearly $14 million to grassroots abortion-access groups, or “a fraction of what is needed.”

One roadblock to an estimate of the true need, Brevold added, is that “women of color and trans people of color-led organizing is rarely funded to scale, if at all, by philanthropy.”

Groundswell Fund has been pressing other donors to increase their investments in grassroots abortion access groups, and is currently amid a five-year process to move $100 million to reproductive justice groups by the end of 2025.

Large philanthropic foundations are a major source of support for other groups working on reproductive health — funding the development and distribution of contraception, neonatal care, family planning services, and STD prevention. But when it comes to abortion, donors have rarely had an appetite, whether because they fear backlash or just didn’t deem abortion care a priority.

According to research led by the National Committee for Responsive Philanthropy, foundations spent $1.7 billion on reproductive rights-related issues between 2015 and 2019, but just 21 percent of that spending went to groups designated for abortion rights and services, and less than 2 percent went specifically to abortion funds. (For comparison: in 2019 alone, foundation giving in the US exceeded $75 billion.)

Collins-Calhoun said there were several reasons for philanthropy’s historic reticence, including prioritizing the defense of legal rights, rather than ensuring access to care.

Another reason is that abortion is simply more controversial, and donors want to avoid putting their staff and themselves at risk — physically, financially, or reputationally. Foundations “exist in a very safe space and a very privileged place,” Collins-Calhoun told Vox, and with abortion, “once you fund it and are public with it, you cross that line.”

Foundations that do fund reproductive rights contribute overwhelmingly to Planned Parenthood and other national groups that focus on advocacy and litigation, rather than direct aid to people seeking abortion. The National Committee for Responsive Philanthropy found the top 20 recipients of reproductive rights funding are all national groups, even as most abortion services and practical support happen at the state and local level.

Melinda French Gates once explained that the Gates Foundation, which funds reproductive health work around the world, does not fund abortion access because they felt the debate around it was “threatening to get in the way of the lifesaving consensus regarding basic family planning.” She went further, adding that when asked about her own personal views on abortion, she says “that like everyone, I struggle with the issue, but I’ve decided not to engage on it publicly.”

Warren Buffett is the largest philanthropic funder of abortion groups in the US, but he has made a point to avoid talking publicly about his support. Through the Susan Thompson Buffett Foundation, he has poured more than $4 billion into reproductive rights, including abortion-specific groups, since 2000, but does not comment on these investments. The Susan Thompson Buffett Foundation website references its funding for college scholarships only, and states it will not respond to other types of inquiries. A spokesperson did not answer a request for comment for this story.

Over the last two years, Collins-Calhoun and Peng have been urging foundations to help destigmatize abortion, empower abortion funds, and secure access for anyone seeking abortion care. Their efforts are beginning to be amplified by influential leaders in the mainstream reproductive rights world.

Last week Jonathan Wittenberg and Wendy Sealey, the Guttmacher Institute’s executive vice president and vice president of development, penned an op-ed in the Chronicle of Philanthropy urging foundations to significantly increase their investments in abortion care and access, as well as efforts to decriminalize abortion.

“Foundations should give multiyear, unrestricted grants to sustain abortion funds’ work for the long haul,” Wittenberg and Sealey wrote. They also urged more contributions to state-based, grassroots organizations and campaigns like Keep Our Clinics, which mobilizes funds for abortion clinics nationwide, and groups like the Brigid Alliance.

Many philanthropists will balk at these suggestions; donors are generally conflict-averse and prefer to maintain the fiction that their charitable contributions are apolitical. But for philanthropists claiming to support racial, gender, and economic equality, staying out of the fray on abortion access will become harder to justify in a post-Roe world.