What Are The 10 Fastest Charging Electric Cars? 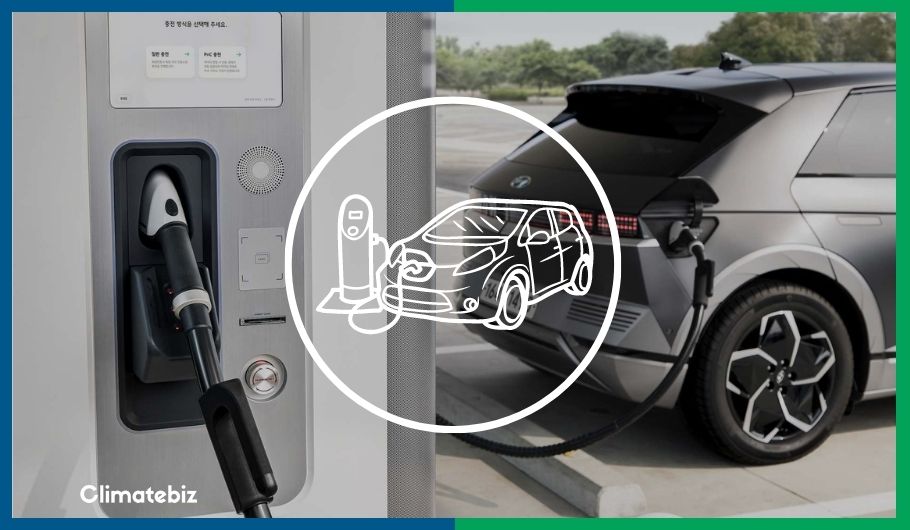 Many people believe that charging an electric car takes hours and hours; this couldn’t be further from the truth. Some of the fastest charging electric cars globally can charge to 80% in 20-30 minutes at their peak.

This, however, depends on how you charge your electric car. A level 1 charger will be far slower than a level 3 charger. But there are several other influential variables such as the weather, battery condition, etc.

In this article, we provide you with the 10 fastest charging electric cars. To do so, we’ve used the following parameters:

If you want speed, luxury, and comfort, then the Tesla Model S Long Range is for you.

Tesla makes some of the fastest charging electric cars out there, thanks to their incredible supercharger network. There are over 1100 Superchargers available in the USA, with some states having more than others.

Charging-wise, the Model S features a 16 kW charger on board. Using a 250 kW DC output option, the Model S Long Range can charge from 0 to 80% in 20 minutes. All at the cost of just over $20. An equivalent Internal Combustion Engined car with similar performance would cost a lot more to fill up to 80% of gas.

For $12,000 extra, you can opt for the full autopilot autonomous driving capability. This is a very popular option amongst Tesla enthusiasts; it allows the car to drive by itself. Furthermore, the system always receives constant updates, free of charge.

Using a 250kW DC output option on the Tesla Supercharger, the Model 3 can charge to 80% in just 15 minutes — enough time to grab a coffee and read a magazine. The Model 3 Long Range also comes standard with an 11 kW fast charger.

It’s also a very safe car, with a 5-star safety rating and a Top Safety Pick Award from the Insurance Institute for Highway Safety (IIHS). Furthermore, the Model 3 is the best-selling electric car on the planet.

This is a very practical electric car, and it’s one of the best for those who are new to EVs. It’s effortless to drive and simple to use. It’s also one of the cheapest Teslas you can buy today.

The elegant Audi RS E-Tron GT was featured as Tony Stark’s car in the recent Marvel Avenger’s Endgame movie. It’s a blisteringly fast EV with a 0-60 time of around 3 seconds.

Using a Level 3 350kW DC charger from Electrify America, this car can charge to 80% in just 17 minutes. The RS E-Tron GT also comes with an 11 kW charger as standard for AC charging.

The interior is very driver-focused with Audi’s virtual cockpit display. The build quality is second-to-none, just like most cars Audi makes.

The GT E-Tron is based on the Porsche Taycan platform, so it handles like a go-kart, and it grips to the road like glue.

As standard, there is an 11 kW charger onboard for AC charging, though this can be increased to 22 kW. Using a 350kW level 3 DC charger from Electrify America, the Taycan Turbo S can charge to 80% in just 18 minutes.

The Taycan Turbo S handles like a proper supercar. It doesn’t lose grip around the bends at all, and its low center of gravity means you can take corners at speeds you usually wouldn’t in other cars. Furthermore, it breaks very quickly, thanks to Porsche’s Carbon Ceramic Brake system.

The Taycan is Porsche’s first electric car. Its J1 platform will be used for future Porsche projects and future parent-group VW-Audi premium projects, such as the E-Tron GT mentioned above.

The Kia EV6 Long Range RWD Limited is one of the best electric cars with the fastest charging times. Kia’s aim with this car was to make a mainstream car that you could charge just as quickly as the more premium electric cars.

Using a Level 3 350 kW charger from Electrify America, this car can charge to 80% in just 16 minutes. The EV6 also has an 11 kW charger onboard for AC charging.

Kia offers a fantastic warranty with the car of up to 10 years or 100,000 miles, whatever comes first. The EV6 receives many top reviews worldwide, many of which praise its looks.

Kia has also been ranked very highly in the JD Power survey meaning their customer service is excellent.

One of the fastest charging electric cars globally, the Hyundai Ioniq 5 won car Of The Year 2022 thanks to its retro looks, practicality, comfort, and interior.

Using a Level 3 350kW Electrify America Charger, this car can charge to 80% in just 17 minutes. It also has an 11 kW onboard charger for AC charging.

The ride height on the Ioniq 5 is slightly raised, meaning you get a better driving position. It also means that this car is classified as a crossover SUV rather than a regular hatch.

The Ioniq 5 also has a 5-star safety rating from Europe’s NCAP, making it one of the safest electric cars today.

Nissan is launching a new variant of the Ariya with a 63 kWh onboard battery pack.

Using an Electrify America 350 kW fast DC charger, the 63 kWh Ariya can charge to 80% in just 24 minutes. It also has an onboard 7.2 kW charger onboard for AC charging.

The Ariya is Nissan’s second electric car. It’s received a lot of positive reception from motor journalists worldwide. It promises to be one of the best electric family SUVs on sale today.

The Nissan Leaf has been around for over a decade now; it’s currently in its second generation.

The Leaf Plus is the top model, and using an Electrify America Level 3 350 kW fast DC charger, it can charge to 80% in just 31 minutes. The Leaf also has an onboard 6.6 kW charger onboard for AC charging.

The Leaf is one of the fastest charging and most popular electric cars globally. It has enough space for five, and its dimensions are similar to an average family hatchback. It’s not a bad looker either, and the car’s rear is quite sporty.

The EQS 580 is Mercedes’ electric version of the S-Class. It’s one of the most expensive electric cars out there.

It’s also one of the fastest charging electric cars, as it can charge to 80% in just 27 minutes which is phenomenal for such a large car. It features an onboard 11kW charger for type 2 ac charging.

You can opt for a 56-inch hyper screen option for the EQS, covering the dashboard. It’s a first for any car, and it truly is mind-blowing.

The Lucid Air is Motor Trend’s Car of The Year, and the Pure is the cheapest model. It’s also the model that should be the most popular since it offers so much value for money.

Using a Level 3 350 kW Electrify America DC fast charger, the Lucid Air pure can charge to 80% in just 27 minutes. It also has an onboard charger of up to 22kW, making it one of the fastest charging electric cars.

Lucid is a new Californian start-up that was created in 2007. It is headed by Peter Rawlinson, a vehicle engineer for the Air’s key competitor, the Tesla Model S.

His knowledge and expertise have allowed Lucid to create a car that ultimately outweighs the competition when it comes to things like the range of luxury.

The time it takes to charge an electric car varies greatly and depends on several factors. These include:

A car battery is very similar to the one used in a phone or a laptop. As your laptop or phone gets older, it charges slower, especially when you consistently charge it with a faster charger.

A DC charger may be fast, but constant usage can damage the car’s battery since DC sends so much power to the batteries in such a short space of time. It’s best to use these faster chargers for long journeys on occasional use.

Cold weather slows chemical reaction times in electric cars’ batteries, significantly reducing factors like range and charge times. This gets even worse as the battery ages. Some manufacturers have tried to get through this by making their batteries resistant to the cold. In some cases, it has worked, but when it’s consistently cold, the cars will still be affected.

Chargers significantly influence charging times. You may want to consider what charging cable you’re using when charging your car, as this can dramatically affect charge times.

All cars on this list will come with a Mode 2 charger, which connects to your main plug at home. However, this is a prolonged charging process.

Tesla’s Supercharger network is by far the best in the world. It’s very reliable, but it’s only available for Tesla cars — hence why Teslas have different chargers.

For most electric cars, the best charging network in America is Electrify America, a key competitor for Tesla’s Supercharger network. There is also Ford’s own Blue Oval charging network.

Why Charge An Electric Car To 80%

The reason it’s best to charge electric cars to 80% is to preserve the battery. After 80%, most electric vehicles tend to slow down the charge to preserve battery health.

Charging to 100% runs the risk of overcharging the battery, damaging it.

What Is An Onboard Charger In An Electric Car?

Furthermore, DC charging connects your electric car directly to the National Grid hence why current outputs can be so high. Most electric cars have a 7 kW onboard charger, so their maximum charging speed is 7 kW.

Some electric cars also charge faster than others due to battery sizes. Some electric cars have such small batteries that allowing them to have faster charge speeds would overheat them. This is why electric vehicles have a maximum power input, and this can vary as the battery gets older.

Gone are the days of waiting hours and hours to charge your electric car. Using an ultra-fast DC charger, you can have an almost full charge in the same amount of time it takes to eat a meal or less.

These are the fastest charging electric cars globally, but you have to charge them using the fastest charging option available, DC, to get the best out of them. However, constant fast-charger use can significantly harm your car’s battery, which you don’t want since a battery is very costly to replace.