Weekly poll results: the Sony Xperia 1 IV and 10 IV are great, if you can afford them 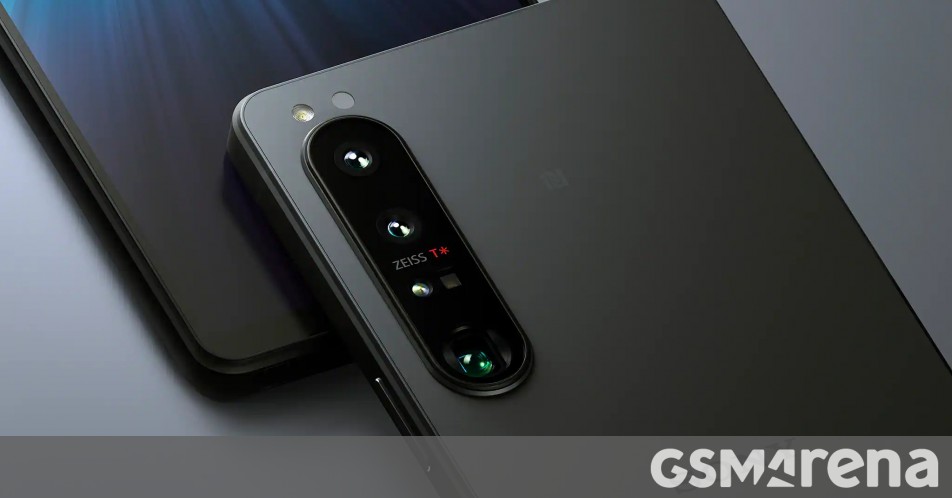 This is the blight of the Sony fan – last week’s poll shows that 3 in 4 people want to buy the new flagship, the Xperia 1 IV, but only 1 in 4 actually have the money for it. The rest wish it was cheaper, but that might take a while.

The Mark 3 started at €1,300 a year ago. Today, you can find one for around €900 with some shopping around. But the Mark 4 starts at €1,400, so if it falls the same amount, it will still be a €1,000 phone a year from now. Ouch. With rising inflation and an uncertain economy not everyone has Xperia 1 money to spend.

Few people found faults in the hardware, which offers a unique combination of design and features. The kind of things people wish other Androids had. But the praise stops once the price is mentioned. 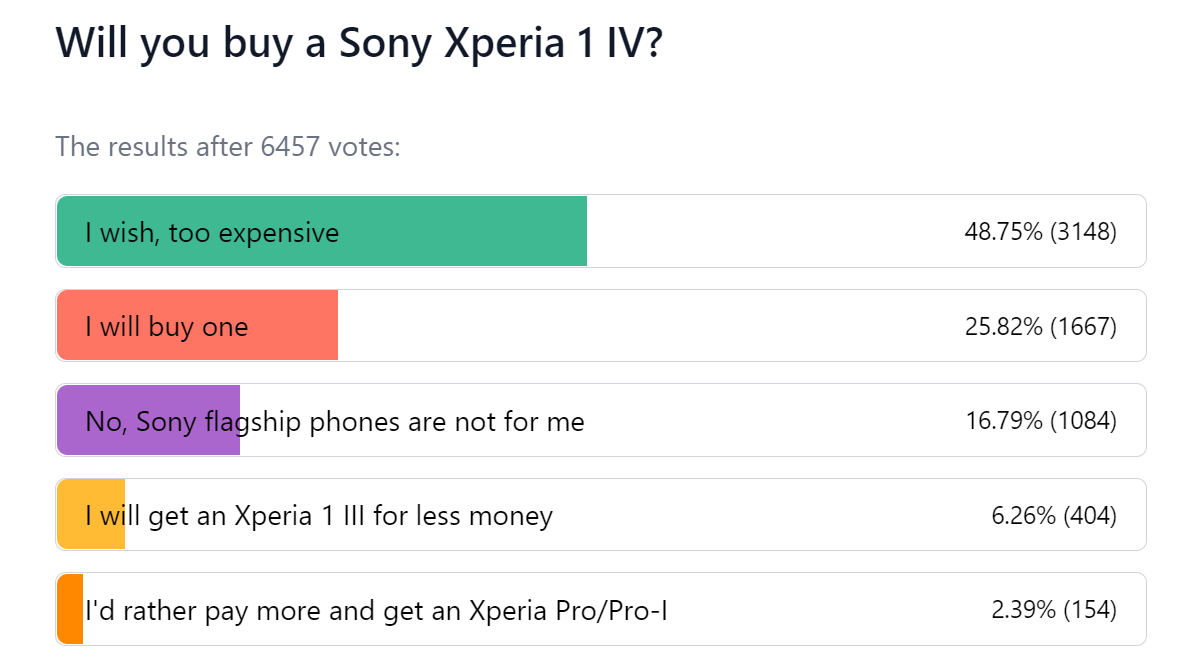 Speaking of prices, the Sony Xperia 10 IV is nearly a third of the price of the 1 IV at €500. Around half of voters expressed interest, but only around half of those have serious intentions of actually getting one. Price can’t be considered in a vacuum, you also have to look at the features you’re getting for your hard-earned cash.

And this is where the Mark 4 disappoints – it’s more of a Mark 3.5. No high refresh rate screen, no fast charging, the cameras are a mixed bag (part of the blame for that falls on the middling chipset). The concept of the Xperia 10 IV is solid, but the reality of its limitations made mode people turn away at the sight of that €500 price tag.