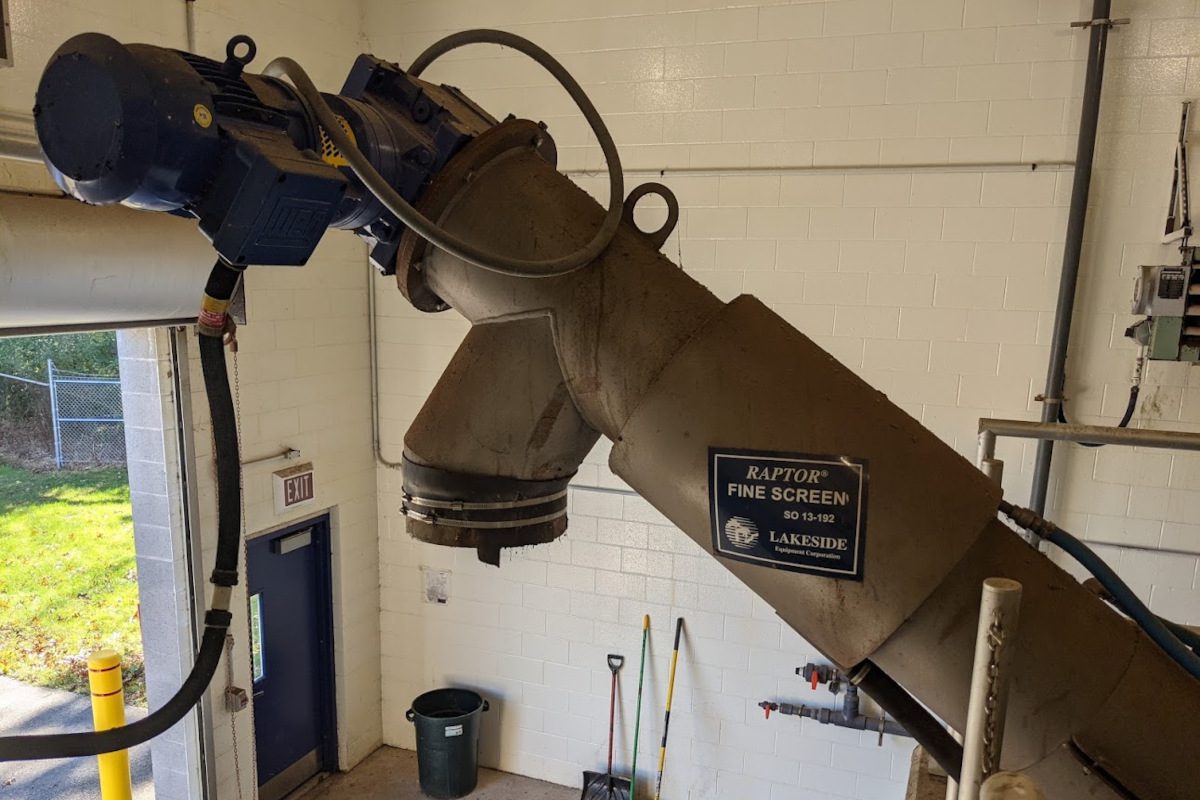 Two things are perhaps certain about septage: it is highly variable, and by its very nature – spewing odorous compounds and elements into the environment that can cause disease – it is ‘objectionable’. Or is it? Asks water and wastewater technology developer Lakeside, with reference to a specific project in the US.

Endless amounts of grease, grit, hair, and debris – not surprisingly very unpleasant in appearance and odour (hydrogen sulphide, mercaptans, and other organic sulfur compounds), viruses, bacteria, and parasites; it’s not exactly charm personified. But according to the Environmental Protection Agency (EPA), septic tanks are used for more than 20% of homes in the United States. Some 6,500 businesses employ over 30,000 people in an industry worth $5 billion. Is that still ‘objectionable’?

The word ‘debris’ sems to have a large degree of interpretation in the septage industry. For many it simply means small, scattered pieces of trash or loose, natural material. For one septage-receiving wastewater treatment facility in Connecticut just recently, ‘debris’ meant discovering a large fencepost doing its level best to wreck and block the screen and components of its septage acceptance plant.

Raising more than an eyebrow at the uninvited fencepost were the team at Montville’s Water Pollution Control Wastewater Treatment Facility (WPCWWTF), whose key responsibility is to protect the ecosystem of the Thames River.

“Can’t say that we’ve seen a fencepost here before”, said Scott Farrington (Operator II) at Montville WPCWWTF, “but in the large volumes of septage we receive (approximately 150,000 gallons per week), we see plenty of ‘interesting’ objects – and on top of everything else we take in, our treatment equipment is constantly put to the test”.

In addition to all the typical challenges of today’s wastewater treatment facility – including the curse of those supposedly ‘flushable’ wet wipes, which are arguably more ‘objectionable’ than septage (!), Montville’s two-million-gallon capacity also includes industrial-strength wastewater from a major packaging factory via a dedicated 2.4-mile pipeline.

According to the Rockland, Massachusetts-based Maher Corporation (established 1970) – the leading source of water and wastewater treatment products in New England – very few manufacturers have had long-term success in selling in their equipment to meet those highly variable challenges presented by septage.

“To be frank,” said Fred Croy from Maher Corporation (who have provided a wide range of blowers, pumps, pipes and other equipment for Montville),” much as we’ll always be there for our customers, we don’t want to be called back to problems every week (!), so selling, reliable long-lasting equipment for such a tough application as septage is a must”.

He added: “We are very conscious that the septage going into the Town’s Facility has contained no shortage of crushed granite. This shouldn’t get sucked up by the hoses when hauliers make their collections, but inevitably, it happens, making it all the more reason for us to recommend equipment that is seriously rugged, for the long-term”.

Almost 18 years ago, Montville (population 20,000) invested (via Maher Corporation) in a Septage Acceptance Plant (SAP) from Lakeside Equipment Corporation. As the SAP name suggests, it is designed to remove debris and inorganic solids from septage tanks (also for grease traps, sludge, leachate and industrial waste).

Not surprisingly, septage can have a significant impact on plant operations or performance if receiving facilities are not properly designed and managed. It increases plant operation and maintenance costs, with the handling and disposal cost of residuals (sludge, grit, screenings) often showing the largest increase. No such problems at Montville, however, where generating revenue from highly variable septage is a skilled, delicate balancing act, that Scott Farrington and the team led by Superintendent, Derek Albertson have become masters at. Keeping the Montville process stable continues to set an excellent example, with state permits met very comfortably for parameters such as total suspended solids (TSS) and biological oxygen demand (BOD5), as well as an extremely effective removal of phosphorus. Up to 75% of the treated effluent is recycled for use in a nearby paperboard manufacturer. The remaining clean effluent is discharged to Horton Cove (Thames River).

Processes aside, septage addition to a wastewater treatment plant can also increase administrative tasks associated with record-keeping and billing of haulers, but 10 years ago during a refurbishment – and the need to streamline the septage receiving operation, Montville (again via Maher Corporation) introduced a Lakeside Raptor Acceptance Control System (RACS), which was integrated with the SAP to allow authorized haulers to unload septage. This security access station, which includes a data management and accounting system, provides administration capabilities to track and invoice customers.

Montville’s Derek Albertson, commented: “We offer very reasonable rates for septage hauliers, so have taken many more on board in recent years, which is fine so long as we continue to manage this proportionally. We have a constant flow of trucks, but some hauliers think they can bring almost anything in. This is where Lakeside’s RACS (control system) is so effective and flexible. There is a learning curve and skill set required as operators, but the system is incredibly robust; it doesn’t need very much maintenance at all. The drivers have to sign in with a code, which provides traceability and frees us up. It also gives hauliers the flexibility to call when they need to, without any unnecessary waiting”.

The upgrade at Montville a decade ago also included the addition of a Lakeside Raptor Fine Screen in the influent channel. Unlike the existing, conventional bar screen, this new influent screen benefits from a similar type cylindrical screenings basket as the SAP, with angled installation and screen bars of varied heights to increase removal efficiency and minimize head-loss. The screen’s rotating rake teeth fully penetrate the cylindrical screen bars. This prevents plugging and blinding from grease and small debris – thus importantly allowing faster unloading times to generate more revenue. Captured screenings are compacted, dewatered and washed free of most organic materials to approximately 40 percent solids. Volume is reduced by 50 percent and weight by 67 percent; reducing the cost of disposal.

“The Lakeside Screen (with quarter-inch apertures) has been extremely effective in removing rags and plastics from our process”, added Derek Albertson.

‘One technology for two applications’
“We never know quite what we’re going to get with septage. Over the years, the Lakeside kit has really taken some hits. People have tried their best to kill this equipment, including with that recent fencepost (!), but despite being our first line of defence at the intake, the Lakeside SAP and its Raptor Screen have been very dependable, with just routine maintenance required. To say that the unit is robust is a big understatement. The equipment also doesn’t take up too much space and is very easy to get at and work on. Overall, the SAP and its screen certainly shields our secondary equipment”.

He continued: “The consistency in configuration, which effectively has given us one technology for two applications, has also been a big benefit to us. What we have now is so much better for the facility, with an automatic screen compared to the old bar rack that had to be cleaned manually. The Lakeside SAP proved so solid that it gave us every confidence to invest in one of their screens”.