Using The Force to open a door 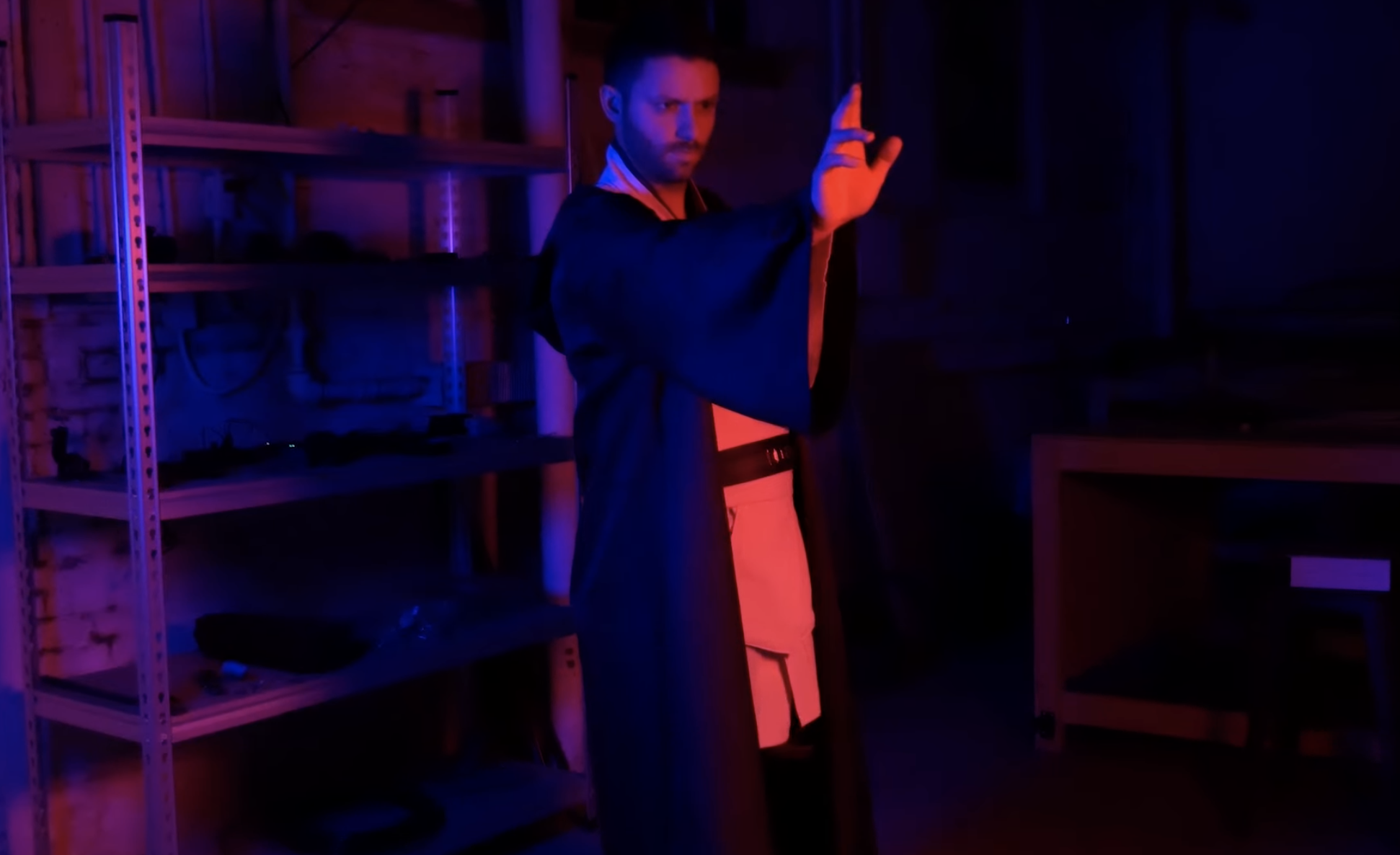 Using The Force to open a door

In the Star Wars Universe, the Jedi and Sith use The Force for battle and mayhem. But in the real world, people would use The Force for much more mundane everyday tasks. Obi Wan even does this in the prequel trilogy when he closes a door using the force. Star Wars fanatic Nick O’Hara leveraged an Arduino to replicate that trick.

Despite his wishes, O’Hara lacks the midochlorians to actually wield The Force. But he has technology and that is almost as good. Automatic doors are already a thing, but they conveniently open anytime someone walks up — whether or not they possess The Force. O’Hara wanted his door to only open when he waves his hand. To accomplish that, he needed two things: some way to recognize the hand wave gesture and a method for opening the door.

The door in question is quite heavy, but O’Hara had a beefy motor with a gearbox to increase the torque. That pulls the door open by reeling in a wire via a pulley. An Arduino Uno controls the motor through a driver board. It receives the command to open the door from a Raspberry Pi running gesture recognition software. The Raspberry Pi looks in front of the door through a webcam and sends the open command to the Arduino when it sees O’Hara wave his hand. It isn’t quite The Force, but it is as close as one can get in our universe.