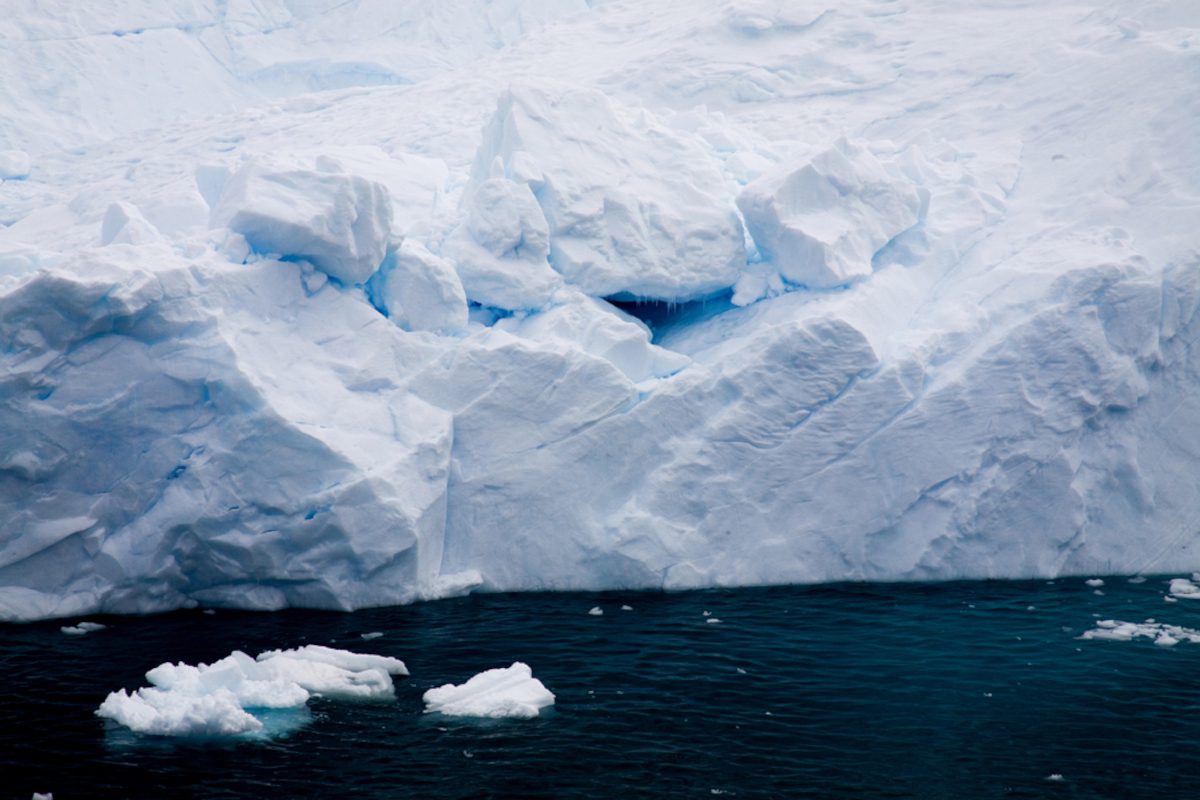 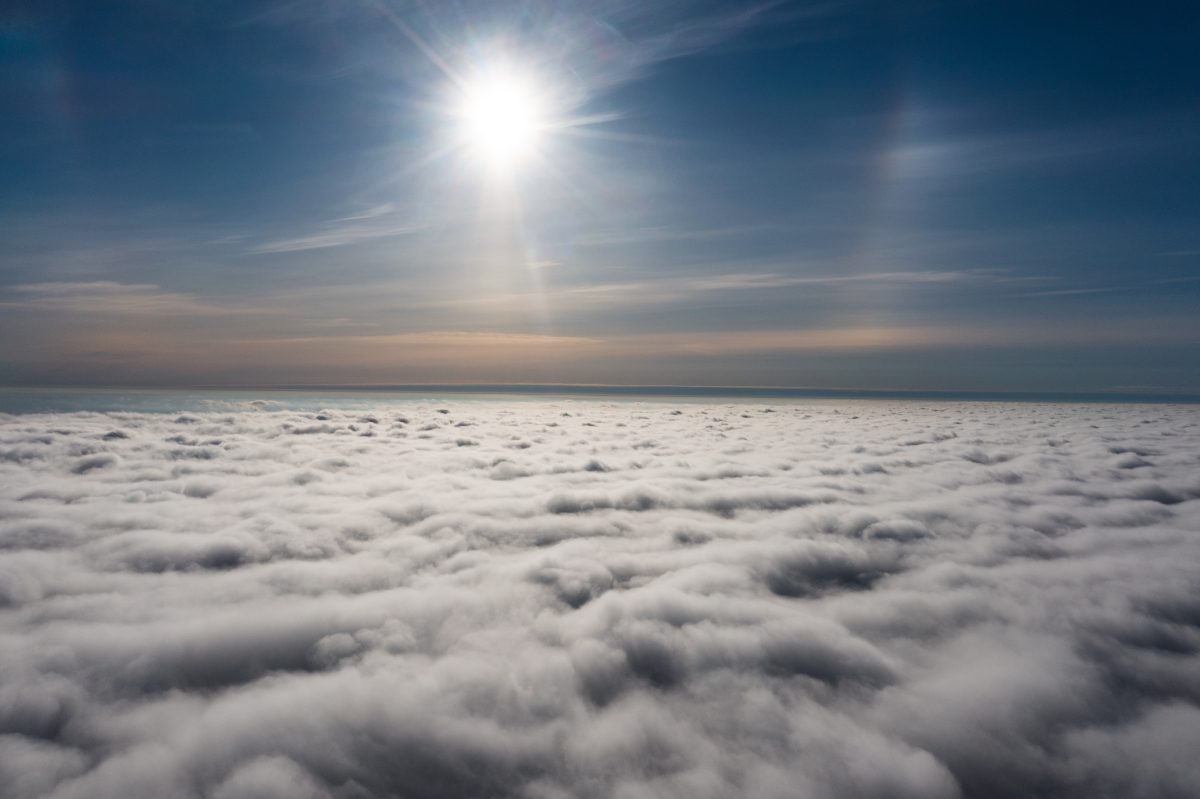 UN water experts say it is time to increase the tapping of Earth’s diverse and abundant unconventional water sources – the millions of cubic kilometres of water held in deep land-based and seabed aquifers, in fog and icebergs, in the ballast holds of thousands of ships, and elsewhere.

A new book, Unconventional Water Resources, published by Springer and compiled by experts at various UN organizations*, says these potential supplies can help many of the 1 in 4 people on Earth who face shortages of water for drinking, sanitation, agriculture and economic development.

Based on the most up to date information and data, and with contributions from renowned scientists, experts and practitioners worldwide, the book showcases the potential of different types of unconventional water resources – tapping offshore and onshore deep groundwater, for example, reusing water, moving water physically to water-scarce areas, and more.

“Harnessing the potential of unconventional water sources could benefit billions of people,” says UNU-INWEH Deputy Director Manzoor Qadir, the book’s lead editor. “These sources will be essential to building a future in arid areas.”

1) Harvesting water from the air with cloud seeding and fog collectors
The atmosphere contains an estimated 13,000 km3 of water vapour, some of which can be captured through cloud seeding and the collection of water from fog and mist. (A cubic kilometre of water equals the volume of 400,000 Olympic swimming pools, and annual global freshwater demand today is estimated at roughly 4,600 km3 – comparable to the volume of North America’s Lake Michigan, or 1.7 times that of Africa’s Lake Victoria.)

Cloud Seeding or Rain Enhancement
Cloud seeding can enhance rainfall by up to 15% under the right conditions, and studies show that rain enhancement can work with reasonable cost-benefit ratios. An increasing number of countries plan to carry out rain enhancement in response to water shortages and other societal needs.

Fog Harvesting
Remote communities in Chile, Morocco, and South Africa have used vertical mesh nets to harvest fog for over 100 years, and there are viable sites for fog harvesting on every continent. Advancements in materials and indigenous knowledge have helped develop highly productive, relatively low cost, environmentally-friendly designs to collect potable water – more than 20 litres on a dense fog day for every square metre of mesh. At an overall cost of less than $250 per square metre of mesh lasting more than a decade, some 75,000 litres per square metre is produced at a cost of just 33 cents a litre.

2) Desalination
Every day desalination contributes over 100 million cubic metres of water, supporting approximately 5% of the world’s population. This volume is projected to double by 2030 while costs will fall by 50%. New developments in desalination will likely make it the lowest-cost unconventional water supply resource worldwide, particularly in low-income countries where production of desalinated remains far from reality.

While desalination is energy intensive today, innovative technologies such as nanoparticle enhanced membranes and forward osmosis are reducing energy inputs by 20 to 35%. Meanwhile, desalination produces enormous quantities of brine, a pollutant of increasing concern where it is discharged. New technologies that can extract salts, magnesium and other metals from brine to yield commercially-viable products could offset the cost of desalinated water production in the next decade.

Acceptance of reused wastewater by people and policymakers remains a challenge.

Agricultural drainage water
Just 1/5th of all cultivated lands are irrigated but they produce 40 percent of the world’s food. Compared to rainfed agriculture, irrigated agriculture is, on average, at least twice as productive per unit of land as it enables production intensification and crop diversification. And even more food can be grown using the same amount of water through better conservation and reuse of irrigated agricultural drainage water. The latter requires extra care and management as drainage water will always be more saline than the irrigation water from which it is generated.

Salt-tolerant crops along with new varieties make it increasingly possible to grow crops in saline water. Cyclic and blending are key management options where one field uses the irrigated drainage water from another and then a third uses that drainage water mixed with freshwater. Water and salt from super-saline drainage can be harvested using solar evaporation.

4) Tapping fresh and brackish groundwater offshore and onshore
The volume of renewable groundwater may be as great as 5 million km3, though much of it tends to be brackish (salty). The seabed near shorelines has considerable volumes of water that is fresh to brackish.

Offshore
There are vast quantities (estimated 300,000-500,000 km3) of water in aquifers at shallow depths in continental shelves around the world. These aquifers are less than 100 km offshore, created millions of years ago when sea levels were much lower.

Some 3,000 years ago, ancient Syrians placed an inverted funnel over a submarine spring offshore to provide about 1,500 litres per second to the city of Tyre. In the 1970s, exploratory drilling offshore of the US eastern seaboard found little oil or gas but did identify vast quantities of fresh to brackish water. Today new marine electromagnetic exploration methods provide detailed images of offshore freshwater. These images, combined with horizontal drilling technologies, can make production of economically significant volumes of freshwater available to be pumped to shore for at least 30 years. To date, no offshore freshwater resources have been developed.

Inshore continental brackish groundwater resources
Deep inland aquifers with brackish or salty water in volumes estimated to total millions of cubic kilometres. As shallow freshwater sources have diminished there has been an exponential growth in brackish water reverse-osmosis desalination plants for drinking water across the United States. In Israel and Spain desalinated water produced from brackish water is also used for production of high value crops.

Reducing the high costs involved can be accomplished by using electromagnetic surveys to find relatively abundant fresh / brackish water sources and locating desalination facilities there. Improving the efficiency of such facilities will enable broader use of desalinated water in agriculture. Notably, deep underground aquifers can contain hot brackish water that can first be used for geothermal heating in greenhouses and aquaculture facilities and then desalinated, reducing overall costs.

5) Micro-scale capture of rainwater that would otherwise evaporate
In dry environments over 90% of rainwater is typically lost to evaporation and surface runoff. Micro-catchment rainwater harvesting provides a unique opportunity to capture water for crop production and local needs. It is an ancient practice that employs a wide range of techniques from rooftop and cistern collection to farm and landscape systems including contour ridges, bunds, small runoff basins and strips.

Even in very dry areas, collecting rainwater from three quarters of the land and using it on the remaining quarter can often provide plenty of water for livestock watering and shrub production.

Ballast water
Ships transport around 90 percent of the goods traded worldwide and discharge some 10 billion tons of ballast water (10 km3) every year. Under the International Convention on the Control and Management of Ships’ Ballast Water and Sediments, all ships of 400 gross tonnage and above must have onboard treatment options to desalinate ballast water, remove invasive aquatic organisms and unhealthy chemical compounds, and is usable for other economic activities such as irrigation. This water could be sold to port cities in arid regions.

Icebergs
The more than 100,000 Arctic and Antarctic icebergs that melt into the ocean each year contain more freshwater than the world consumes. Iceberg-harvesting for freshwater has long been discussed but not seen as practical. However icebergs are towed to supply water to 700 residents of Qaanaaq, Greenland. Iceberg towing is done in Newfoundland and Labrador to prevent collisions with offshore oil and gas platforms as well as for freshwater and other uses.

Long distance iceberg-towing has never been attempted due to significant loss of water volume and potential breakup of the ice while towing. However a financial feasibility analysis of towing icebergs to Cape Town, South Africa suggests it is an economically attractive option if the icebergs to be towed are big enough, i.e. 125 million tons. Wrapping icebergs in a net and then a mega-bag would likely prevent breakup and reduce melting, studies suggest. Other challenges, however, include turning an iceberg into potable water at its destination and the environmental impacts.

* UN University’s Institute for Water, Environment and Health (UNU-INWEH), the UNU Institute for Integrated Management of Material Fluxes and of Resources (UNU-FLORES), and the UN Food and Agriculture Organisation (FAO)