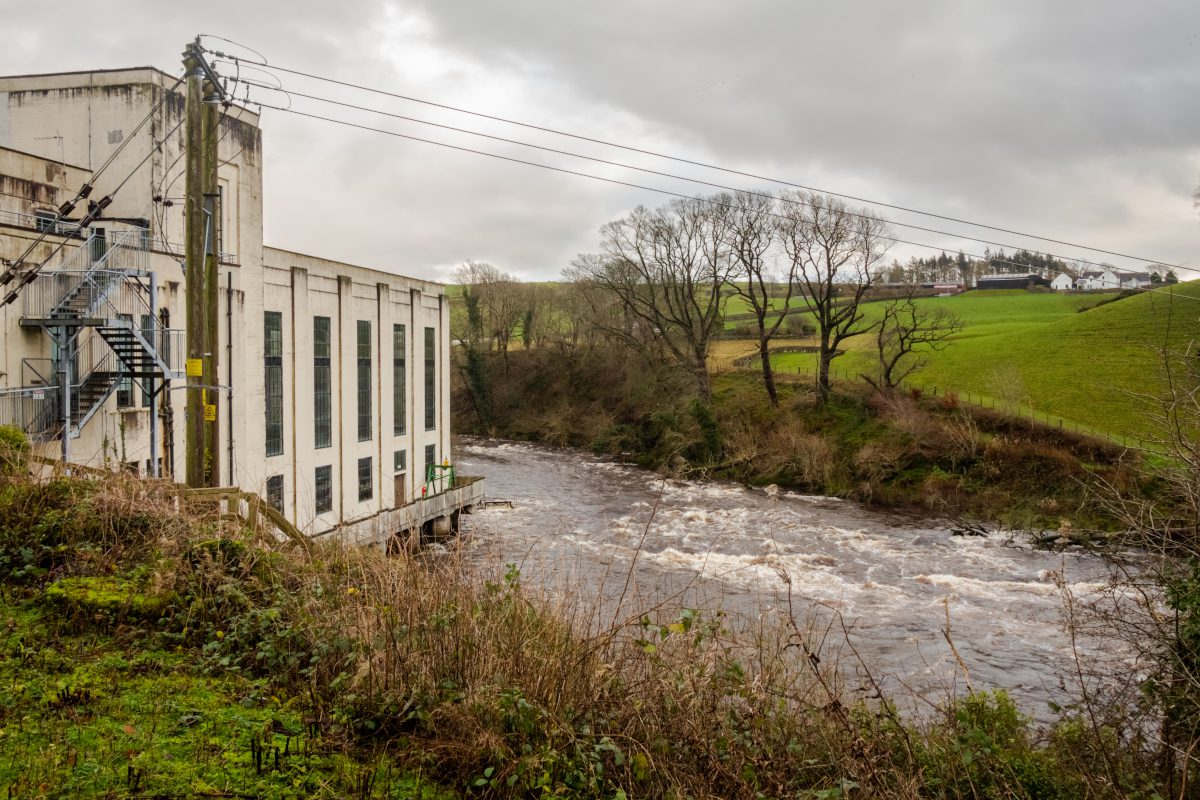 The firm conducted the trial in Galloway, as part of the second phase of a world-leading project, to show how the range of smaller energy sources could be used to restore power in the highly unlikely event of a total or partial shutdown of the national electricity transmission system.

Traditionally, wide scale system recovery in such a scenario has only been possible by utilising large fossil fuel power stations.

However, the Ofgem-funded Distributed ReStart project – which is a partnership between SP Energy Networks, National Grid ESO and specialist energy consultancy TNEI – is exploring the use of Distributed Energy Sources (DERs) such as solar, wind or hydro, to kickstart the energy system.

This latest trial saw SP Energy Networks connect a hydro generator at Kendoon and power wind turbines across two small wind farms at Glenchamber and North Rhins to re-energise the network in an isolated test.

The ground-breaking trial paves the way for a radically different approach to system restoration, using renewables to help to reduce costs and drive the country forward towards net zero emissions targets.

Scott Mathieson, Network Planning and Regulation Director at SP Energy Networks, said: “The increasingly complex needs of our energy system, coupled with the significant increase in both demand for green electricity and generation our networks need to accommodate, means it is crucial we ensure its continued security and resilience.

“We’re really encouraged by the success of this latest trial on the Distributed ReStart project, which could be vitally important, not just in Scotland and the UK, but worldwide.

“Using DERs and green energy to restore the energy system would increase the diversity of providers, helping to save millions of pounds in costs for customers thanks to a more competitive market. It can also save hundreds of thousands of tonnes of carbon emissions by negating the need for coal and gas power stations, therefore pushing us forward on decarbonisation plans as we strive to reach net zero emissions.

“We know our customers are becoming increasingly dependent on their electricity supply for all of their activities, whether it’s heat or transport, which is why we’re absolutely focused on ensuring we build the network we know they need now and long into the future.”

SP Energy Networks leads the live network trial workstream on the Distributed ReStart project and delivered this test in collaboration with National Grid ESO. Coordination was therefore not only required between the National Grid ESO and SP Energy Networks control rooms, but also in the coordination of multiple operational resources and people in preparation for and during the live testing.

Julian Leslie, Head of Networks at National Grid ESO, said: “We have one of the world’s most reliable electricity networks, but our role is to be prepared for the most extraordinary of scenarios, including a nationwide power outage.

“This trial is a breakthrough moment for our Distributed ReStart project, which stands to improve system resilience and security of supply in a cleaner and cheaper way.

“We are always innovating for a greener future and the huge growth of green energy sources on distribution networks presents an opportunity to reduce our reliance on fossil fuels and co-ordinate a black start using renewables.

“The concept of meeting our grid restoration needs by renewable generation alone has become closer to reality as a result of this trial.”

Trial details
The trial involved utilising the Kendoon hydro generator as the anchor (used to initially energise the network), along with multiple turbines at Glenchamber and North Rhins wind farms connected to the Glenluce 33 kV Grid Supply Point (GSP). In addition, a 33 kV loadbank was connected to the test network to simulate customer demand and allow the distributed energy resources (DER) to generate.

The trial successfully:
· energised primary (33/11 kV) transformers (up to 24 MVA) from the Kendoon hydro generator operating at normal voltage levels (11 kV)
· proved the Block Load Pick Up (BLPU) capability of the anchor generator (the amount of instantaneous demand which can be applied while maintaining the frequency above 47.5 Hz)
· energised the Glenchamber and North Rhins wind farm 33 kV cable arrays, and associated turbine transformers, from the anchor generator (initially all turbines were shut down)
· connected several wind turbines at Glenchamber and North Rhins wind farms to the ‘weak’ islanded network (supplied from Kendoon hydro) and proved stable turbine operation both in power factor and voltage control modes
· established a stable power island with Kendoon hydro and several turbines connected across Glenchamber and North Rhins wind farms simultaneously.