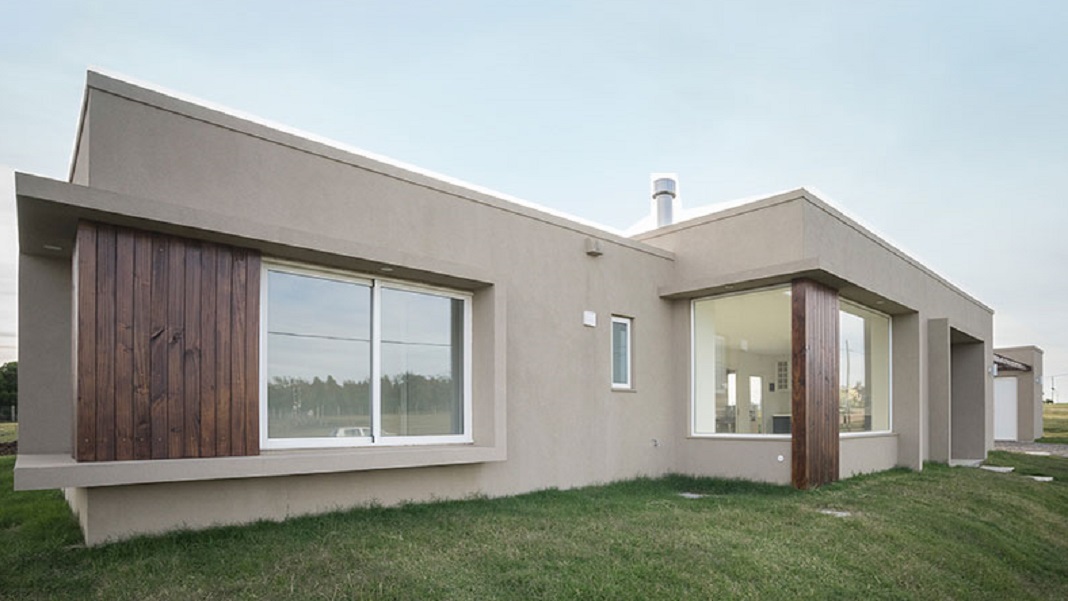 As you might have heard, we’re in the midst of a housing crisis, not only in the US but in many parts of the world. It’s been going on since before the pandemic, but Covid-19 and its lockdowns, supply chain disruptions, and labor shortages have made the problem worse.

Companies specializing in cutting-edge construction techniques are aiming to make a difference by churning out high-quality homes at a lower cost than traditional industry standards. Among these are 3D printed homes, “foldable” homes, and homes that ship in kits then are assembled like Ikea furniture.

Now a new player is joining the list, and it just got a serious financial boost. Vantem Global has already helped construct a total of over three million square feet of living space in six different countries, and earlier this month closed a Series A funding round co-led by Breakthrough Energy Ventures (Breakthrough was founded by Bill Gates in 2015 to invest in sustainable energy and emissions-reduction technologies).

Vantem’s energy-efficient prefabricated homes are made of structural panels. The panels were designed as a replacement for brick and cement, which are expensive, difficult to make, and heavy on emissions. Each panel consists of an insulating layer sandwiched by tiles made of a cement-like material. Since the panels are more similar to cement than wood or plastic are, they’re more likely to be positively perceived by customers who are used to cement (as many in Latin America are, where Vantem has thus far focused most of its construction).

The panels aren’t just used for exterior walls, they’re for interior walls and roofs too. Production of the panels is highly automated, and they’re shipped to building sites pre-cut and ready for installation. They’re highly modular and can be used for multi-story buildings, commercial spaces, or single-family homes—and in fact have already been used for a hotel in Uruguay, high-end housing, and low-cost housing, among other projects.

Vantem says the panels are safe for use in high seismic zones and areas with hurricane-level winds, and that the insulation they provide is up to five times better than traditional building materials; that makes for higher energy efficiency since there’s less leakage of heating and cooling. They’re also resistant to fire, water, and insects.

Vantem’s system has been used on buildings in Uruguay, Brazil, Bolivia, Chile, Colombia, and the Caribbean. The company plans to use its Series A funds to expand its operations in the US, namely by building 15 factories to produce its panels. Facilities are planned for Arizona, California, Texas, and North and South Dakota in 2023, with additional sites to be determined and built by the end of the decade. Each Vantem factory will reportedly be able to churn out materials for more than a million square feet of housing a year.

“Construction in this sector has seen the least amount of innovation and productivity gains and is one of the greatest direct and indirect sources of carbon emissions,” said Vantem CEO Chris Anderson in a press release. “At the same time, affordable housing is a global need that must be addressed, but if we build with traditional methods, we will solve one problem only to worsen another. At Vantem, we are committed to addressing both challenges on a global scale.” One project Vantem has in the works entails building 3,000 units of affordable housing in Uruguay.

Vantem isn’t the first company to try putting a hip new spin on prefab and modular homes. Las Vegas-based Boxabl ships pre-fabricated “foldable” houses in a 20-foot-wide load, and once delivered the homes can be up and running in as little as a day. Similarly, Seattle-based Green Canopy NODE homes come in flat-pack kits that fit in standard shipping containers, and they don’t require specialists to assemble.

A 2019 McKinsey report on modular construction says the technique is seeing a comeback, largely thanks to technological improvements; digital tools have facilitated the design of modules and helped optimize delivery logistics. In addition, consumer perception of prefab housing is improving as its designs take on a sleek, modern character. Most importantly, modular construction assisted by digital technologies can make home building up to 50 percent faster, at a cost that’s comparable to or lower than traditional building costs.

According to Anderson, Vantem’s technique makes the building process 50 percent faster than traditional construction methods and around 20 percent less expensive. Adding solar panels makes the buildings net zero (though they don’t come standard as part of the building; their integration will be up to individual homeowners or developers).

Though there are no Vantem homes in the US yet, there could soon be many, with construction of its first domestic factories slated to start next year. With the ongoing shortage would-be homebuyers are experiencing—particularly first-time homebuyers—it won’t be surprising if Vantem quickly has people lining up to put down a deposit.