Thin-Film Solar Panels (All you need to know) 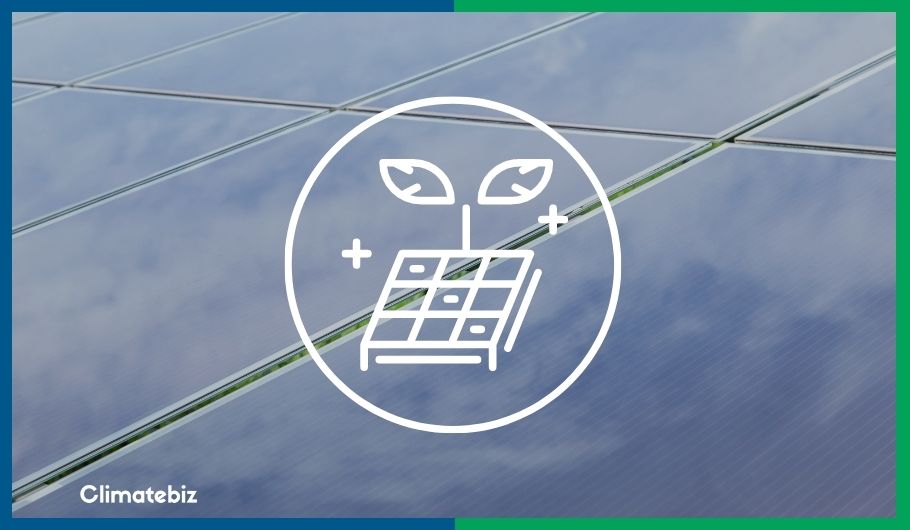 Rising living costs and pollution may have made you consider opting for solar at home or your business.

Thin-film solar panels are worth considering since they are cheaper than ordinary silicon solar panels.

This article will cover all aspects of thin-film solar panels.

What Are Thin-Film Solar Panels?

To put it simply, thin-film solar panels are a type of PV panel belonging to the broader solar panel family.

But let’s dig a little deeper.

Solar cells are the basic electricity-producing unit of a panel.

Most solar cells are crystalline silicon solar cells made from thin wafers. These wafers are typically 150 to 200 microns thick (i.e., 2/1,000ths of an inch).

Mono-crystalline silicon cells are made from a single ingot of silicon. This ingot is very carefully cast to produce a single crystal structure.

In contrast, thin-film cells are made of ultra-thin layers of semiconductors. These layers are applied onto a glass or stainless steel substrate, only 0.3 to 2 microns thick (i.e., 2/100,00ths of an inch).

This is how “thin-film” cells got their name. They are 200 or 300 times thinner than silicon solar cells.

How Do Thin-Film Solar Panels Work?

Solar cells generate electricity when exposed to light. But why does this happen?

Firstly, we need to define conductivity, conductors, and insulators.

Semiconductors are neither insulators nor conductors; they are “in-between” materials. They have neither copper’s good conductivity nor plastic’s ability to insulate.

When light falls on a semiconductor, electricity is generated. This is why we can only make solar cells from semiconductors.

Sunlight is a mixture of light of varying energy levels. High energy light excites the electrons in a semiconductor. This is known as the “photoelectric effect.”

Imagine throwing money onto the ground at Times Square: if you only threw down a nickel, few people would be excited and pick it up. Same for electrons.

However, if you threw down $100 bills, people would run to grab them! Similarly, high-energy light excites electrons. This is the principle of the photoelectric effect.

Unfortunately, excited electrons just move around randomly. They have no overall direction, just like people running after scattered money.

However, if you threw $100 bills at one end of Times Square, people would run towards that side of the square.

Similarly, solar cells need to direct the electron flow towards a common goal. In solar cells, the electrons are forced to one side of the cell by an electrical force.

Solar cell designers pair together two different kinds of silicon to achieve this force. One kind (“p-type”) attracts electrons, and the other kind (“n-type”) repels them:

The periodic table of the elements is a map of all known elements. The table arranges the elements into columns. Elements in the same column all have the same number of electrons in their outermost shell.

Since silicon (Symbol: Si) is a Group 4 element, it has 4 outer electrons. When boron (Symbol B, Group 3) is added to silicon, the boron atoms are missing one electron. This lack of electrons attracts electrons!

This is how solar cell designers create P- and N-type silicon: they add in Group 3 and Group 5 elements.

This is also how solar engineers design thin-film cells that are not silicon-based. Designers will always pair elements from opposite groups.

For example, you may have spotted above that Cadmium Telluride is a thin-film solar cell. Designers pair cadmium (Group 2, 2 outer electrons) with Tellurium (Group 6, 6 electrons). The goal is to mix elements to mimic silicon’s four outer electrons.

Back to P-type and N-type silicon.

Electricity is a flow of electrons. Therefore, the electrons keep flowing as long as light falls on the solar cell.

Silicon solar cells are made of N-type silicon and P-type silicon to direct electron flow. The top half of the cell is N-Type, and the bottom half is P-Type, like a Keebler wafer.

This directed flow of electrons from one half to another creates an electric field across the cell. Bare metal contacts embedded into the front and back of the solar cell then channel the flowing electrons.

Bringing It Together: Solar Panels

Surprisingly, individual solar cells produce a tiny amount of energy. Therefore, solar cells are wired to their neighbors to create a “daisy chain” of cells. The wiring groups the cells into electrical chains. This amplifies the electrical power of the cells.

These groups of cells are then sealed inside plastic laminate to keep out moisture and dirt. In addition, a transparent glass top sheet and a back sheet further protect the cells.

Finally, a metal frame (to stiffen the panel) and a junction box with two cables complete the panel. The two cables — one positive, one negative — allows the panel’s electricity to be used.

In summary, thin-film cells are similar to crystalline silicon cells in their design and use of the photoelectric effect.

Both types of cells:

The big difference between silicon cells and thin-film cells is the type of semiconductor they’re made out of.

What Are Thin-Film Solar Panels Made Of?

Like silicon solar cells, thin-film solar cells are made of a sandwich of semiconductors.

The core design of thin-film cells is also like silicon solar cells:

Unlike silicon cells, thin-film cells do not have metal contacts on top and bottom. Instead, they have oxide or metal layers that have good conductivity. These oxide/metal layers are applied above and below the semiconductor layers.

There are three major types of thin-film cells:

The most critical semiconductor in the sandwich gives its name to each thin-film type.

Copper Indium Gallium Selenide, or CIGS for short, is one of the most common thin-film solar cells.

From top to bottom, a CIGS cell is made of:

Indium is a rare element and makes CIGS less desirable and less sustainable.

Cadmium telluride (CdTe) is the most widely used thin-film technology, with a 50% market share amongst thin-film cells.

From top to bottom, a CdTe cell is made of:

Cadmium is a toxic heavy metal, like mercury. It can accumulate in food chains, and for this reason, researchers are looking for non-toxic substitutes.

Amorphous Silicon (“a-Si”) is the third major kind of thin-film solar cell. In contrast to crystalline silicon solar cells, a-Si does not have an overall crystal structure (see chart above).

Low efficiency is a major challenge for a-Si solar cells. However, the cells are made of silicon, a non-toxic material.

How Do Thin-Film Solar Cells Compare to Silicon Cells?

Like any machine, solar cells are more or less efficient at their job. Solar cell efficiency is the success rate of converting sunlight (in Watts) into electricity (also in Watts).

So a 12% efficient cell is more efficient than a 5% cell. Given the same light, a higher efficiency cell generates more energy over time.

Thin-film solar cells are typically less efficient than silicon solar cells, but it depends on the specific cell.

The table below gives you an idea of the relative differences, but solar cell efficiency has also improved over time. Research has yielded higher efficiency thin-film cells.

Although the explanation is highly technical, all solar cells lose some efficiency as the cell temperature increases. Thin-film solar cells maintain their efficiency better than silicon solar cells.

Examining the chart above from left to right:

Since solar panels last a long time, this 10% difference makes a big difference over the long run.

Because thin-film solar cells maintain efficiency as the cell temperature rises, they are better suited to hot locations.

To illustrate, the table below shows the indicative price difference for thin-film and silicon solar cell panels.

The cost advantage of thin-film cells has resulted in niche uses, although silicon solar cells hold a 90% market share.

What Are Thin-Film Solar Panels Used For?

Another advantage of thin-film solar panels is that their light weight makes them better suited to tracking solar arrays. Lighter panels allow the tracking structure to be lighter and cheaper.

This is not a problem for utility-scale solar plants because project developers usually build utility-scale plants on cheap land.

In summary: hot, sunny places with cheap land are ideal for thin-film solar panels, such as the deserts of the Southwest.

Thin-film cells are suitable for many consumer products, being light and cheap — for example, watches or calculators with integrated solar cells.

Even peel-off stickers can include thin-film cells.

Yes. Because the semiconductors on thin-film cells are extremely thin, they can bend to a high degree without breaking.

This suggests that thin-film solar panels last just as long as other cell types. Thin-film manufacturers claim their products have a lower long-term degradation than silicon cell panels.

However, the solar industry generally regards that thin-film solar panels have a shorter lifespan than crystalline solar panels.

With this in mind, you should check thin-film solar panel durability by reviewing panel datasheets. Contact your local suppliers and ask for the datasheets for their products.

In summary, thin-film solar cells are cheap and flexible. They are part of the broader family of photovoltaic solar cells and have a long track record.

In light of the advantages and disadvantages of thin-film solar, it may be the right choice for your project or product.