Amazon announces Buy With Prime, expanding Prime for merchants and consumers beyond the marketplace. How does it work, and what does it mean?

Amazon announced Buy With Prime, a new initiative that allows Prime shopping and fulfillment on Amazon sellers’ direct-to-consumer websites. Per Amazon’s official announcement, “Buy with Prime [is] a new benefit for Prime members that will extend the convenience of Prime shopping to online stores beyond Amazon.com. Buy with Prime will initially be available by invitation only for merchants using Fulfillment by Amazon (FBA) and will roll out through 2022 as merchants are invited to participate, including those not selling on Amazon or using FBA.”

The expansion of Prime changes the game for Amazon because it allows them to compete against Shopify directly, any business eCommerce website, FedEx, and UPS. It brings the power of Prime shopping and fulfillment to customers outside of the marketplace. It also brings Prime customers and FBA fulfillment to Amazon merchants at their own eCommerce sites. According to experts, there may be even more at play behind the scenes.

While customers will surely benefit from the ease of shopping with Prime, speedy order fulfillment, and the trust that comes with the Prime badge, there’s a lot on the seller and Amazon side of Buy With Prime to unpack. Let’s take a deep dive into Buy With Prime and learn how it works, how it benefits sellers, and what Amazon is hoping to get from it.

How to Buy With Prime Works for Sellers

Initially, Amazon sellers will be able to participate in Buy With Prime by invitation only and can get on the interest list at the Buy With Prime landing page. Sellers also must be currently using Amazon FBA and must have an Amazon Pay account. Adding Buy with Prime to an online store works quickly because inventory is already stored in FBA.

The get-started process is: “Merchants sign up for Buy with Prime, link an Amazon Seller Central account, use Multi-Channel Fulfillment to offer one pool of inventory for multiple channels, and link an Amazon Pay account to offer a seamless checkout experience for Prime members. Then, by installing a JavaScript widget in their online store, merchants can easily add Buy with Prime to one or more products.”

Along with using FBA from their own eCommerce sites, Amazon states that “merchants will receive shopper order information, including email addresses for customer orders, which they can use to provide customer service and build direct relationships with shoppers.” Other benefits to merchants include:

All in all, it’s a pretty solid package for sellers, especially those who meet the qualifications and already have their own DTC websites.

What Does Buy With Prime Mean for Amazon?

For Amazon, Buy With Prime is their ticket to competing directly with DTC eCommerce websites powered by Shopify. And while current enrollment in the program is limited to FBA merchants, the groundwork has been laid to open up Amazon’s Prime fulfillment to all merchants very soon. Fulfillment giants like FedEx and UPS will also be feeling the competition against Amazon’s huge logistics network.

An additional valuable and underestimated benefit to Amazon in this arrangement is additional access to more customer data and better targeting of online advertising. As TechCrunch notes, Amazon will be “processing information about its Prime subscribers, key details about their shopping habits, behavior and interests across other kinds of sites that are not designed or run by Amazon — all information that it can in turn use to improve and shape what it sells on Amazon.com, with the key detail that this is related just to non-public information.” Amazon figures to use this data and the SaaS pricing model to grow Buy With Prime in the same way they grew AWS into a behemoth.

Finally, Buy With Prime may be the first step in Amazon’s new DTC domination plan. According to Marketplace Pulse, this plan begins with Buy With Prime, moves to launching an eCommerce website builder, and then to allowing every Amazon merchant to have their own DTC website. The final stage would be gradually de-linking Buy With Prime from the operation and allowing merchants to offload fulfillment, payments, and other steps to other providers if they wanted to. In this scenario, Amazon creates a new flywheel of retail infrastructure that impacts all eCommerce outside the marketplace.

Of course, it remains to be seen how customers and retailers will accept Buy With Prime. Time will tell if it is the game-changing move Amazon has been working towards or just another underwhelming initiative like Checkout by Amazon—or the Fire Phone.

While Amazon is busy expanding Prime fulfillment to compete with Shopify, the competition has a little something up its sleeve to strike back: attempting to purchase tech startup Deliverr. If and when Shopify completes buying the fulfillment company, it will have significantly expanded both the capability and quality of its in-house logistics services, the Shopify Fulfillment Network (SFN). This expansion will allow it to better compete with Amazon Prime and FBA in the battle for eCommerce dominance.

According to Yahoo! Finance, Deliverr offers fulfillment using “analysts to predict where people might be interested in buying art supplies, makeup, shampoo, and other goods. Then it uses that information to position items in its warehousing network to achieve swift delivery.” Deliverr’s website touts capabilities for next-day and 2-day delivery, affordable pricing, and reliable, ultra-fast fulfillment. They also offer freight and storage solutions, and work across multiple platforms, including Amazon, Walmart, eBay, Facebook, Wish, and Instagram.

Indeed, Deliverr is already part of SFN. The question is, would Shopify cut Deliverr off from the competition if wholly purchased? And is Deliverr just one part of a continued expansion of SFN to become, as their website says, “prime-like”? The answer to the first question is unclear, but it is unlikely, at least initially. But for the second question, the answer is a resounding “Yes.” Shopify has previously stated that it expects it will be able to provide two-day delivery to 90% of the US in the future. Sellers looking for an Amazon alternative will be following these developments closely.

All-in-one platform for eCommerce sellers Jungle Scout has released its first “State of the Walmart Seller Report,” and things are looking up. According to the report, 95% of SMB Walmart Marketplace sellers have a profitable eCommerce business. Over six figures in annual revenue are being earned by 54% of the SMB cohort, while 33% report profit margins above 20%.

The comprehensive report covers all the bases when it comes to selling on Walmart: the opportunities in the marketplace, seller characteristics and strategies, Walmart as part of an omnichannel strategy, and seller challenges.

Among the most interesting findings from the report:

Walmart’s eCommerce presence has been steadily growing, especially in North America. With Amazon in seemingly constant legal jeopardy of late, savvy sellers may be wise to consider Walmart as a possible alternative or as part of an omnichannel strategy. If you’re a Walmart seller or interested in getting into its rapidly growing online marketplace, pick up a copy of this free report to get a clear picture of the latest trends and opportunities available. Walmart is currently offering a promotional offer for new sellers, so this may be the right opportunity to try it out.

A new report from Digital Commerce 360 highlights the growth in North American eCommerce in 2021 among the Top 1000 retailers. Notably, that group exceeded $1 trillion USD in online sales for the year; the first time ever that number had been reached.

Digital Commerce 360 studied the top 1,000 online retailers in the United States, Canada, and Mexico, gathered information on all aspects of their businesses, and ranked them based on their web sales in 2021.

Here are some of the noteworthy takeaways from the report:

The report is a fascinating snapshot of North American eCommerce in 2021 and shows some interesting trends for sellers in the coming year.

Also in the news

Webinars in the week ahead

May 10: How Brands Can Leverage Analytics to Drive Productive Retailer QBRs. ChannelAdvisor.

May 4: 0PD and 1PD Solutions to Scale your Customer Lifetime Value. Tinuiti.

May 5: LIVE Masterclass: Reboot EU Sales for Your Business. Tamebay.

Is that a famous face in your fruit? eBay sellers are profiting from pareidolia. 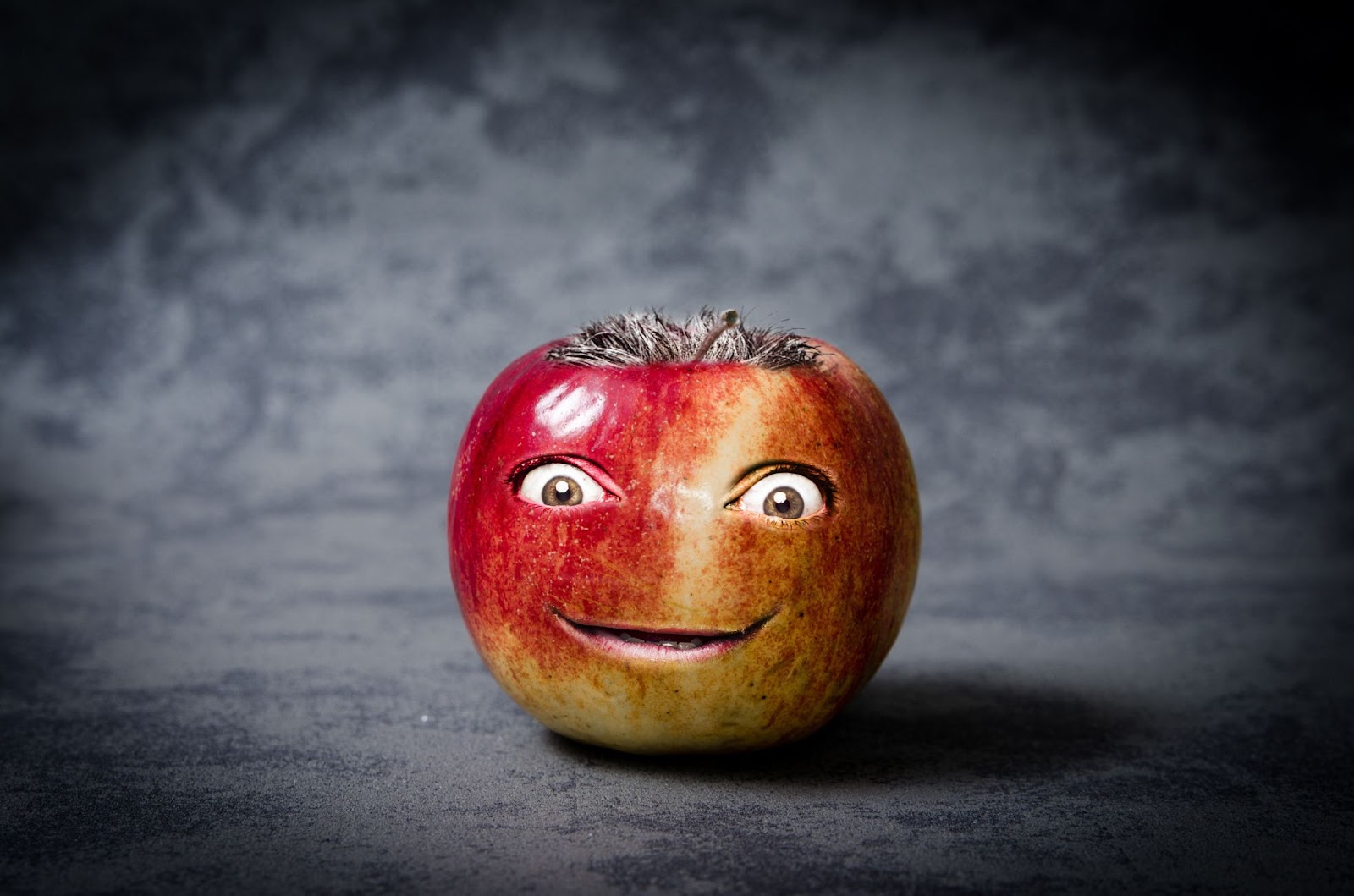 And finally, eBay’s latest press release details the latest marketplace niche making profits for sellers—food that looks like faces, animals, and famous pop culture icons. It’s the latest craze, and it’s called pareidolia. For those not up on their Diagnostic and Statistical Manual of Mental Disorders, Fifth Edition, pareidolia is a phenomenon where normal, ordinary people see faces in clouds, images of Jesus in tortillas, or potato chips that look like Mickey Mouse.

While pareidolia has been around as long as there has been food to look at, the latest manifestation involves—you guessed it—placing the items in which the supposed images exist on eBay, then selling them for a tidy profit. And while that idea is ridiculous in itself, what’s more, ridiculous is that other normal, ordinary people are actually buying this stuff and paying outrageous prices to boot.

Way back in 2017, a celebrity gorilla named Harambe had its 15 minutes of fame (no one remembers why, so don’t ask), which was then compounded by the discovery of a rare Hot Cheeto shaped like the primate. Of course, the Cheeto went up for sale on eBay and claimed an absurd $100,000 USD purchase price. Late-night talk show host Jimmy Kimmel aired a memorable takedown skit of a meeting with the alleged purchaser of the monkey-shaped snack.

What’s most interesting about this new pareidolia product push is that eBay itself generated the press release. At a time when the marketplace has been begging for people to take it more seriously by refocusing on luxury and collectible niche items, eBay is now encouraging sellers to hawk, well, chicken nuggets shaped like hawks.

Perhaps this is just another sign of our society’s lowered mental capacity and fatigue brought on by several incredibly stressful years filled with calamity after calamity. A recent article in The Atlantic posited social media as being responsible for increased stupidity in our lives. Perhaps online marketplaces also have some degree of fault for that?

Or perhaps there really is a market for eBay sellers to make big profits with products like Putin-shaped potatoes, Animal Crackers that look like Abraham Lincoln, or avocados that bear an uncanny resemblance to Jeff Bezos.

Now if you’ll excuse me, I’ve got to go to the supermarket and pick up a dozen bags of snack chips to sort through—and maybe a few organic “Bezos-cados.”