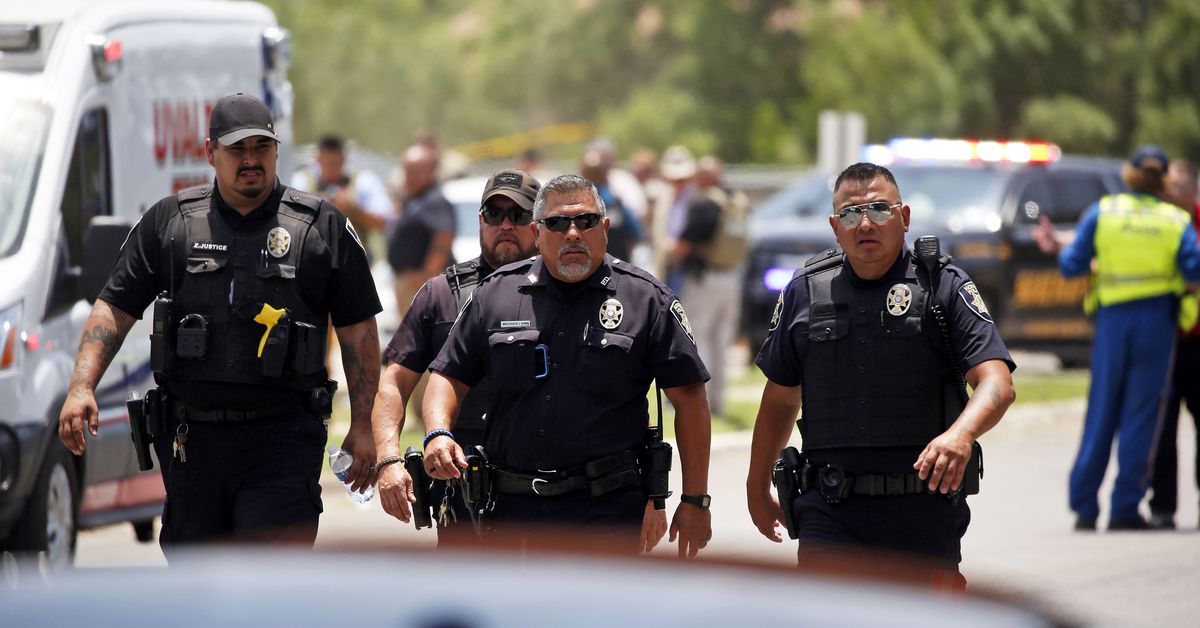 An 18-year-old gunman killed 18 students and at least two adults at Robb Elementary School in Uvalde, Texas, on Tuesday morning, just 10 days after another mass shooting at a supermarket in Buffalo, New York, that claimed the lives of 10 people.

It’s the deadliest US school shooting since 2018, when 17 were killed at Marjory Stoneman Douglas High School in Parkland, Florida, and the second deadliest to occur at an elementary school since the 2012 shooting at Sandy Hook Elementary School in Newtown, Connecticut. The death toll, reported earlier on Tuesday to include 14 students and one teacher, is rising. It marks the 27th school shooting this year alone; at least 25 people have been killed in school shootings since January.

In a national address on Tuesday night, President Joe Biden called for lawmakers to pass “common sense gun laws.” As vice president, he tried and failed to pass universal background checks, a new assault weapons ban, and a prohibition on high-capacity gun clips.

“Why are we willing to live with this carnage? Why do keep letting this happen? Where in God’s name is our backbone to have the courage … to stand up to the lobbyists?” he said. “It’s time to turn this pain into action. For every parent, for every citizen of this country, we have to make it clear to every elected official in this country, it’s time to act.”

Despite that plea, several Republicans, including Sens. Ted Cruz of Texas and Jim Inhofe of Oklahoma, have already publicly rejected the prospect of passing gun control legislation in response to the shooting.

“Inevitably when there’s a murderer of this kind, you see politicians try to politicize it, you see Democrats and a lot of folks in the media whose immediate solution is to try to restrict the constitutional rights of law abiding citizens,” Cruz told CNN.

The gunman allegedly entered the school following a violent encounter with his grandmother and after being involved in a car crash. According to Texas Department of Safety spokesperson Lt. Chris Olivarez, the shooter had on body armor and used a rifle in the attack. Texas Gov. Greg Abbott said the gunman was armed with a handgun as well. The shooter is now dead, believed to have been killed by responding officers, according to Abbott.

“He shot and killed, horrifically, incomprehensibly, 14 students and killed a teacher,” Abbott said. The governor was scheduled to speak Friday at the National Rifle Association’s annual meeting in Houston and has led successful state legislative efforts to relax gun laws, most recently signing legislation to remove permit requirements to carry a concealed handgun in public.

It’s not clear where the gunman obtained his weapons. There is no age restriction on possessing guns in Texas, but you have to be 21 or older to carry a concealed handgun without a license under the permitless carry law that went into effect last September. And it’s generally not legal to carry a handgun on K-12 public school property, though one Republican lawmaker sought to make that possible for licensed adults in the last session of the Texas legislature. There are no specific state law restrictions on carrying a rifle.

There have already been two school campus-related shootings in Texas this year, which each left one injured. But the Uvalde school shooting is the worst in Texas since 2018, when a student at Santa Fe High School near Houston shot and killed 10 people and wounded another 13.

Two mass shootings in 10 days should be a wake-up call for lawmakers. After the Buffalo shooting, nothing was done to tighten federal gun laws. The House passed a bill aimed at addressing domestic terrorism, since the shooter was a white supremacist who invoked the “Great Replacement” conspiracy theory before he opened fire on shoppers in a predominantly Black neighborhood. But even that bill, which only tangentially addresses the underlying gun violence issue, has stalled in the Senate.

The Uvalde shooting isn’t likely to meaningfully change the status quo. Democratic Senate Majority Leader Chuck Schumer signaled Tuesday that he will put to a vote a bill to extend the window for completing a background check before a gun sale, but it would need 60 votes to pass and it’s not even clear whether all 50 Democrats are on board. West Virginia Sen. Joe Manchin, for instance, has previously opposed certain legislative efforts to expand background checks and though he told CNN Tuesday that he would do “anything I can” to move “common sense” gun legislation forward, he still refused to eliminate the filibuster so that Democrats could do so with a simple majority in the Senate.

Uvalde’s Rep. Tony Gonzalez, a Republican who is running for reelection this year, has repeatedly voted against gun control measures while in Congress, including legislation that would require a background check for every firearm sale and for private transfer of firearms.

“My heart breaks for the city of Uvalde. Pray for our families,” he tweeted on Tuesday.

Sen. Chris Murphy, a Democrat from Connecticut and a leading proponent of gun control, urged Congress to take action in the wake of the second mass shooting in two weeks.

“What are we doing? What are we doing? Just days after a shooter walked into a grocery store to gun down African American patrons, we have another Sandy Hook on our hands,” he said in an address on the Senate floor Tuesday.

If history is any evidence, it’s unlikely that Texas Republican lawmakers, who control the state legislature and pushed to loosen state gun laws in the lead-up to the midterms, will change course as a result of the Uvalde shooting. After the Santa Fe shooting, Abbott signed bills that bolstered mental health initiatives for children, removed the cap on how many school marshals can carry guns on public school campuses, and gave school districts money to prevent and make emergency preparations for shootings — but didn’t enact gun control measures.

That’s in contrast to New York Democrats’ response to the Buffalo shooting, which was to tighten the state’s already restrictive gun laws.

New York Gov. Kathy Hochul announced last week that police will now be required to bar individuals who are believed to pose a danger to themselves or others from possessing firearms. She also called on the state legislature to pass bills that would require police to report guns associated with crimes within 24 hours and mandate that semiautomatic pistols sold in New York be microstamped so that law enforcement can link cartridges found at crime scenes to the gun that fired them.

But there’s only so much that individual states can do without federal gun control measures, which have remained stalled in Congress for a decade due to Republican opposition. Tuesday’s shooting, particularly because it happened in a deep red state, probably won’t soften that longstanding opposition.