The Next Step for Protein-Based Nanocarriers 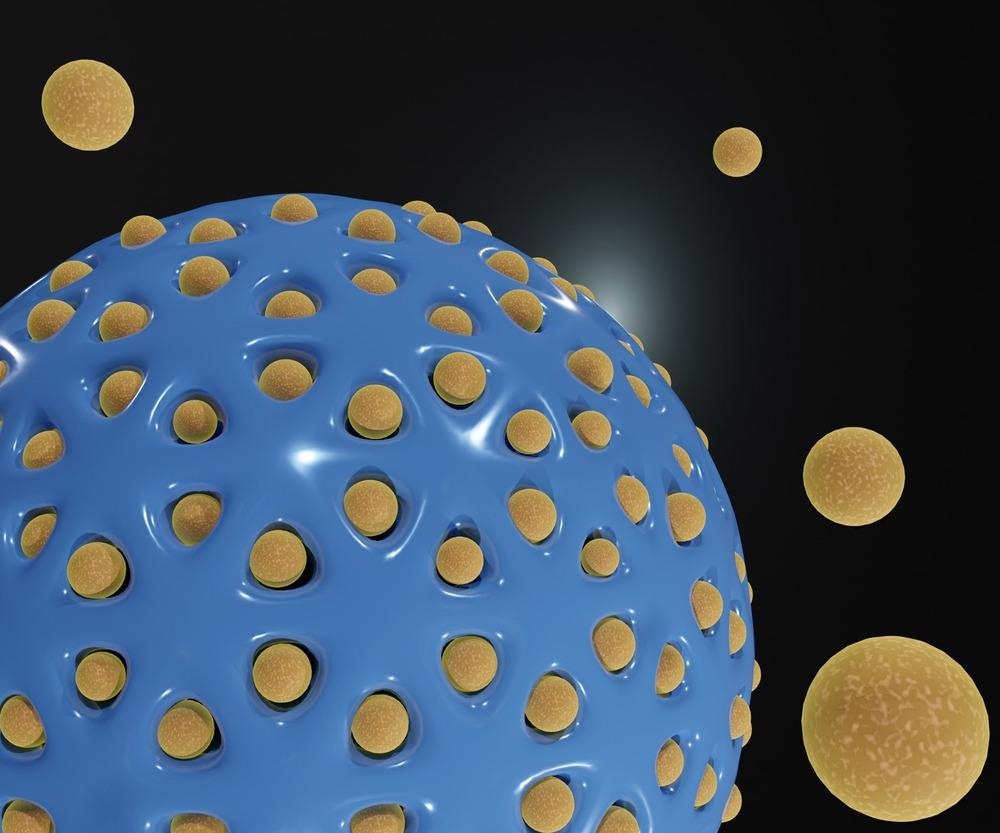 Proteins are used for nutraceutical protection, encapsulation, and controlled release from nanocarriers. In the present review published in the Journal of Agricultural and Food Chemistry, the authors examined protein-based nanocarriers (PNs) from their microscopic to macroscopical attributes and summarized the fate of nanocarriers based on the physicochemical properties of the protein.

Here, modifications in the functional performance of nanocarriers based on the physical, enzymatic, and chemical approaches are highlighted.

Due to biocompatibility, biodegradability, digestibility, and edibility, PNs have gained considerable attention from researchers. Proteins fabricated into tubular, fibrous, and spherical structures ensure practical applicability. Moreover, the protein molecule can envelop the nutraceuticals and gets adsorbed on their surface.

The PNs can also inhibit oxidation through chelation and scavenging of free radicals. Furthermore, diverse functionalities of the protein molecules allow their interaction with other biopolymers.

The geometric structure and shape of proteins determine their functional properties. α-helix, β-sheet, and random coil are a few of many confirmations adopted by the food-grade proteins. The hydrogen bonds connecting the polypeptide chains form fibrous proteins. Globular proteins are formed by the folding of polypeptide chains into spherical structures. In these types of protein structures, the amino acids which are nonpolar are located on the inside of globular protein and polar proteins are located on the outside. Thus, globular proteins favor the encapsulation of hydrophobic molecules.

The interaction of proteins with other biopolymers is governed by their electric charge, which affects the formation of PNs. The protein type, number, and free amino acid distribution determine the electric charge of proteins.

The electric charge is affected by the electrolyte and pH of the protein solution. Irrespective of the net charge of proteins, there are always positive and negatively charged local regions which bind to other charged materials such as polysaccharides, emulsifiers, cations, or anions.

The antisolvent precipitation (ASP) method or liquid−liquid dispersion is generally adopted to fabricate PNs. Prolamins are commonly used raw materials for the preparation of nanoparticles. In this method, the prolamin solubilized in an organic solvent undergoes self-assembly upon composition or polarity change to form nanoparticles. Solvent type, dilution ratio, concentration, and antisolvent rate affect nanoparticle formation through the ASP method.

The change in solution pH can trigger molecular folding and aggregation of proteins, with the pH value near the isoelectric point (pI) of protein. For instance, in an alkaline solution, the zein protein can dissolve and further slow adjustment of the solution pH to 7, the self-assembly of zein proteins results in the formation of nanoparticles. Thus, the nanoparticles formed by pH shifted method are more prone to aggregation and irregular precipitate formation.

Under acidic or basic conditions, salt ions, and temperature, PNs undergo aggregation and reduce physical stability. The dispersed phase and continuous phase density difference drive the gravitational separation. The decrease in particle diameter can reduce the density difference between the dispersed and continuous phases. The attraction between PNs is generally due to hydrophobic effects, van der Waals force, and electrostatic attraction. Further, the repulsions are due to electrostatic or steric hindrance. These attractive and repulsive forces influence the aggregation behavior of PNs.

To summarize, various nutraceuticals can be protected and encapsulated by PNs. The protein’s molecular characteristics and interactions with other biopolymers endow the nanocarriers with physicochemical properties and functional attributes. The authors suggest further investigations on the structure−function relationship to design the functional nanocarriers.