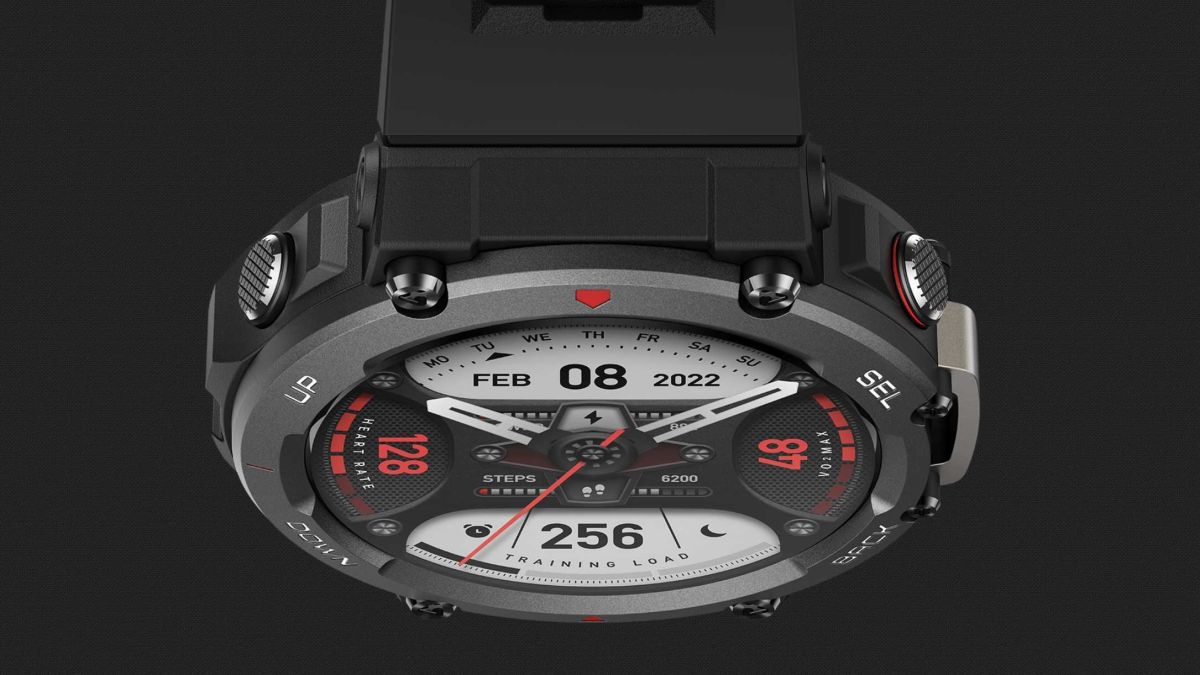 Father’s Day is around the corner, and Amazfit has launched its latest smartwatch just in time to give us all something our dads can appreciate. The new Amazfit T-Rex 2 is available now and features some notable upgrades that should make any dad happy.

One of the biggest improvements in the new Amazfit T-Rex 2 is the battery. This new model sports a 500mAh battery, up from 390mAh on the original model and the Amazfit T-Rex Pro. The battery is rated to last up to 24 days in typical usage but can go up to 58 days in power-saving GPS mode, leaving many of the best Android smartwatches in the dust.

In addition to the lasting battery, the T-Rex 2 retains its rugged build with a polymer alloy chassis and has passed 15 military-standard tests. It has 10 ATM water resistance and can operate in temperatures as low as -22° F, so it can handle just about anything anyone throws at it.

Its 1.39-inch touchscreen display has a higher resolution than its predecessors to better utilize the Zepp OS. It can reach up to 1,000 nits of brightness, which is ideal for anyone who enjoys the outdoors. For fitness enthusiasts, the Amazfit T-Rex has more than 150 sports modes and can automatically recognize and track dozens of exercises. The watch also sports an upgraded PPG heart rate sensor that supports blood-oxygen monitoring. For hikers and other outdoorsy types, the watch has dual-band positioning and supports five positioning systems. It can last up to 26-hours in Accuracy GPS Mode.

The new Amazfit T-Rex 2 is available now for $230 and can be purchased in four different colorways.