The future of working in the Metaverse 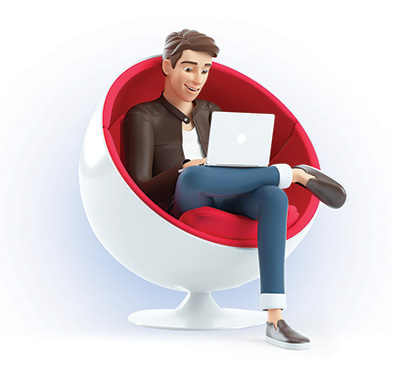 Facebook’s transition into Meta and the teases that followed about the Metaverse have resulted in many questions that are still yet to be answered. While the buzz around virtual and augmented reality technology continues to grow, the potential of the Metaverse is seemingly endless.

Just as computers and the internet did all those years ago, the Metaverse is in the position to radically alter the way we live our day to day lives, and that includes the way we work.

According to David Whelan, chief executive officer at the virtual communications platform provider Engage XR Holdings PLC, the true impact that this technology will have on the workforce remains unknown. “It really is vast and open,” he said. “What we’re seeing today is that a lot of businesses are already using virtual office spaces to replace physical offices.”

Whelan went on to explain that these virtual office spaces and meta worlds have been an incredibly useful tool as more and more of the workforce becomes remote and employees crave a deeper connection with their team.

Bringing the Metaverse into the mainstream workforce

Tuong Nguyen, senior principal analyst at Gartner, said that since the Metaverse is the next natural evolutionary step of the internet, the question of its adoption in the workplace is not one of if, but rather when and how.

“It’s hard to delineate when you’re talking about an evolution,” he said. “Obviously [the adoption] will increase, but how you measure that depends on how you define or characterize the Metaverse.”

Whelan also mentioned that because the experience of the Metaverse is so immersive, the anonymity that is so often associated with the current internet has to be controlled, especially in a work environment.

He explained that security measures must be taken to ensure that users with nefarious intentions cannot enter virtual workspaces that they do not belong in.

“You can’t have that end user in there who might be abusive or racist or getting in people’s faces… So, you should have a kind of police force who will man some of these digital locations to add new people if needed or kick people out if needed as well,” he said.

How we will work in the Metaverse

According to Whelan, many jobs that previously required face-to-face communication will most likely find a new home in the Metaverse.

He explained that with this technology, people will be able to make a virtual doctor’s appointment or visit a virtual bank branch to tackle issues that would have previously warranted an in-person visit.

“There are going to be a lot of design jobs as well that will be done in the Metaverse that won’t need to be done in physical offices,” Whelan said. “If you’re getting a house designed… the end user will have the tools available to them to design the house very easily by dragging and dropping items… So I think things like that will actually be put into the users’ hands.”

According to J.P. Gownder, vice president and principal analyst at Forrester, another area that will be affected is the remote service industry.

“I think for remote work and assistance, being able to pull up a schematic of a machine that you’re fixing and overlaying it on that machine and helping you fix it, that is a very powerful scenario,” he said.

Information workers is another group that Gownder said could experience big benefits. He explained that the use of virtual office spaces would allow teams to collaborate effectively without the need to travel and meet in person, bringing together both in-office and remote teams in one shared space.

Whelan also emphasized that in order for the Metaverse to reach its full potential, businesses are going to have to think outside of the box.

He said that merely manufacturing the same environment that people would get in an in-person setting is not enough. Rather, working in the Metaverse has to offer new, heightened experiences that we cannot access in the real world.

“These companies want special onboarding programs or programs for employee well-being and how you design those products is vastly different from what you would do in the real world,” he said. “You’re going to need to be very creative, because the only thing you are limited by is your imagination.”

The Metaverse could mean trouble for certain industries

Another aspect of the workforce that can be changed in the wake of the Metaverse is the prevalence of some roles. According to Whelan, several jobs run the risk of becoming obsolete once this technology enters the mainstream.

He compared this to the emergence of the internet, saying, “If we go back in history to ‘93 or ‘94, there were a lot of jobs that have now become obsolete because the internet took over and I think that same sea change is certainly available today.”

He explained that the transportation industry is a space that can expect to face this challenge. Without the need to travel to an office anymore, many of these roles will not be needed as frequently.

“With remote work and digital nomads, people aren’t going to be sitting in traffic for two or three hours a day to go in and out of offices,” Whelan said.

He also mentioned that with the possibility to work remotely in the Metaverse, the need to live in big cities goes away. With this, the need for high-end real estate companies is significantly reduced, threatening jobs in that area as well.

Different generations and the Metaverse

The shifting of the workforce into the Metaverse will be felt by people of all generations. However, as Gen Z is the up and coming generation, they will most likely be the most affected group.

According to Whelan, working in the Metaverse will feel like a natural progression for members of this generation.

“I think they will take to it like a duck to water,” he said. “They’re used to evolving technologies and a lot of these people have already been using virtual worlds for quite a while in Minecraft and games like that that got them used to working in 3D environments.”

Forrester’s Gownder also touched on the ease that Gen Z will have when it comes to transitioning into the Metaverse.

He said, “It’s an unfamiliar interface for many people, particularly those in older age cohorts. It will be coming more easily to Gen Z and millennials as well as people who are gamers who may be accustomed to navigating 3D space.”

Gownder went on to say that getting members of older generations to make this transition could be challenging at first because they were not raised in the era of technological advancement that we currently live in and so, generally, they tend to be more wary.

This does not mean that older generations will take issue with this shift, though, as Whelan expects them to grow accustomed to it as well, especially in the height of remote working.

He compared it to the initial launch of Facebook and the transition the website saw from teenagers being its main demographic to older adults using it to forge connections with people they may have lost touch with.

“The same thing will happen in the Metaverse. You’re going to have Metaverses for social gatherings, Metaverses for dating, Metaverses for business, and education that will be easily explorable. So, once you get the communication aspect of it going… I think that’s when the older generation will certainly hop in,” Whelan said.

He also discussed the possible training process that both generations would have to undergo in order to operate effectively in the Metaverse.

Whelan said that while older generations tend to be more tame with what they post online, Gen Z is more willing to share their lives under the guise of a username. Conversely, this generation runs the risk of causing problems due to the perceived anonymity that the internet has offered up until this point.

That being said, Whelan inferred that there would need to be training that encourages them to view the Metaverse as a real-life environment rather than one that offers the obscurity and namelessness of the current internet.

“There needs to be a level of training because you need to act in the Metaverse the same as you would in the real world,” he explained. “You can’t just go out there and blurt something or go into an echo chamber because it is very dangerous… I do think this is a bit of a reset where we should learn from the mistakes of the past… This is a more social space so we do need some checks and balances.”

The qualifications of working in the Metaverse

“You have people and web admins who would be very good at writing up a post and posting it and getting lots of likes and stuff like that… But, I think confident people who carry themselves well in the real world will actually excel in the Metaverse,” he said.

This is because of the non-verbal communication that the Metaverse offers. Employees will no longer be limited to verbal cues and emails, but rather they will be able to fully express sentiments with body language and non-verbal cues again.

According to Whelan, this will result in less information being lost in translation as the interpersonal communication becomes clearer and overcomes the limitations that the current remote working world faces.

On top of this, Forrester’s Gownder stressed the importance that new training methods will play in the hiring process in order to gauge how well the employee and the technology work together, redefining the technological qualifications for certain roles.

“Give someone a self-assessment or a diagnostic and see where they are. Are they someone who’s picking up on this kind of stuff easily? If they are, then maybe there is a fast track that would be right for them and maybe there’s also a more intentional track that goes step by step and brings people [who need it] through it,” he said.

Overall, Whelan believes the Metaverse is positioned to combine all the successful parts of the internet that we already know, with the best parts of non-verbal communication and social interaction; fostering a brand new experience for current and future workers.

“I think it is a really exciting time, there’s a lot of parallels to the 1993 and 1994 timeframe… The birth of the internet and the birth of the Metaverse, it’s the same thing,” Whelan said.