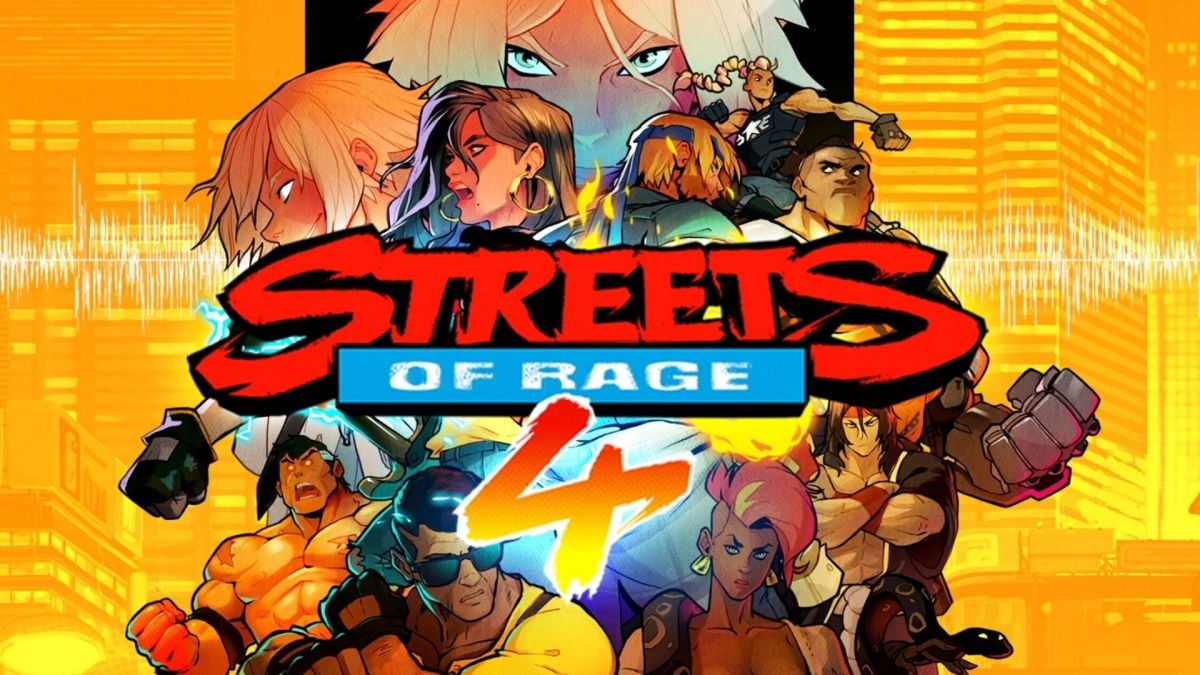 Streets of Rage is an iconic arcade beat ’em up series that’s been kicking (and punching) around since the early 90s. After the third game released back in 1994, it took another 26 years for Streets of Rage 4 to finally come out in 2020. After receiving acclaim from both critics and loyal fans alike, Streets of Rage 4 has been ported to mobile devices so that players roam the mean city streets once again and take on the syndicate.

Series staples Axel Stone, Blaze Fielding, and Adam Hunter are back, but this time around they’re up against Mr. X’s children, the Y Twins and their gangs of nefarious goons. They’re not alone though! Joined by new characters Cherry Hunter and Floyd Iraia, you’ll have more than enough manpower to survive and conquer as you carve a path to victory.

Streets of Rage 4 is a bona fide nostalgia trip, preserving the core gameplay that seasoned players know and love, while offering a serious challenge to newcomers. The mobile port isn’t perfect, but if you’re in the market for some classic arcade action, this game is probably going to be right up your alley.

Streets of Rage has never been a series that hinges on story and 4 is no different. The gist is that Mr. X’s evil progeny, the Y Twins, are stirring up trouble and it’s up to Axel, Blaze, and Co. to swoop in and save Wood Oak City once again. After all, the inept cops certainly aren’t going to do it!

As much as I love good ol’ 8 and 16-bit graphics, the hand-drawn graphics in 4 are drop-dead gorgeous. Rich colors, smooth-as-butter textures, and hand-drawn backgrounds bring a metric ton of pizazz to the game. The animations are equally fantastic and the game runs great, making for a seamless experience… as long as you don’t get a game over, that is.

Streets of Rage 4 (SoR4 from here on out) revolves around a complex, combo-heavy combat system. I won’t lie, I had to demote myself to the easy difficulty level pretty quickly, but I’m glad I did because as it turns out, being able to survive through a single fight makes SoR4 a bit more fun.

Each character has a unique move set to play with and you can customize their loadouts prior to starting any given level. You’ve got your basic attacks, throws, and blitz moves, but each character also has unique special attacks that can help you out in a pinch. Doling out special attacks uses up some of your own HP, but the clincher is that you can regain that HP if you follow up that special with standard attacks without getting hit in the process.

You’re also outfitted with your most powerful attack, your star move, which can only be used once per level, unless you find and obtain more star tokens throughout the level. Levels are also littered with helpful items like food to restore HP and disposable weapons like crowbars, knives, Molotov cocktails, and more.

Each level ends with a boss, who is often flanked by hordes of lackeys, and you’ve got a limited number of lives depending on which difficulty setting you choose. It’s easy to get swarmed or cornered; just mashing buttons won’t get you far in this game. You need to be strategic with your positioning and combos if you want to succeed with SoR4.

Streets of Rage 4: More is more

SoR4’s story mode is short, probably taking most players three to four hours to complete. So what justifies the $7.99 price tag (other than the quality gameplay)? The hours of extras that the game piles on just for fun.

On top of story mode, you’ve got training, arcade, boss rush, and the Mr. X Nightmare DLC. Training is obvious, it’s your best chance to learn how to actually execute those killer combos outside of the crushing onslaught of foes. Arcade mode challenges you to play through the entire game in one go with a limited amount of lives at your disposal and boss rush pits you against waves of the toughest enemies in the game.

One of the biggest draws of SoR4 though is sure to be the Mr. X Nightmare DLC, in no small part because it unlocks three more awesome characters. Returning characters Estel Aguirre and Max Thunder can be found here, along with Shiva, one of the previous game’s bosses.

Mr. X Nightmare places our heroes into a simulated survival mode featuring a variety of deadly arenas and baddies hailing from all over the Streets of Rage series. You’ve only got one life and must survive round after round in this virtual nightmare, but after completing each round you can equip yourself with kickass buffs to gain an edge in the next round.

These extra modes are sure to delight new and old fans and can add serious playtime to what would otherwise be a short-lived trip down memory lane. Did I mention that you can unlock pixelated skins from SoRs 1, 2, and 3 for most of the characters, too? Because you can totally do that.

I’ve had a ton of fun making my way through the neon-lit alleys and biker bars of SoR4, but it hasn’t all been smooth sailing. Unfortunately, the main thing holding the game back is the virtual control scheme. I firmly believe that a mobile game should feel good to play with touchscreen controls and that just wasn’t the case here.

In standard fashion, you’ve got your virtual D-pad on the bottom left side and a suite of attack buttons on the bottom right of the screen. My OnePlus9‘s screen is by no means small, but the right side where all the attack buttons are feels incredibly crowded, leading to quite a few missed inputs.

What’s worse, for the most part, you can’t customize the on-screen controls. You can control the size and location of the D-pad a little bit, but you have absolutely no control over the size or location of any of the attack buttons, which feels insane compared to other, similar mobile games.

I’ve heard that other players have had great success with using Bluetooth controllers to improve the experience, but I had no such luck when attempting to pair my PS4 controller with SoR4. It technically did pair, and it worked a little tiny bit on the menu screen, but my connection must have been bad because the controls were wildly unreliable once I dropped into the action.

Connecting my PS4 controller did, however, remove the on-screen HUD, which was a very nice touch. If I had had a working Bluetooth controller, like the Razer Kishi, I may have even been able to graduate to the normal difficulty level. This particular issue might just be me though, so I won’t come down too harshly on SoR4 for this one.

Streets of Rage 4: Does it live up the hype?

My recommendation is ultimately going to come with a caveat. I would very highly recommend Streets of Rage 4 for Android to anyone with good Bluetooth controller connectivity. This particular fix didn’t work out for me, but I think I’m the outlier in this case, so you shouldn’t let that stop you.

If you don’t have a solid controller at your disposal, I might still recommend SoR4 for Android. It’s too bad there’s not a demo, as I would caution most players to test out the virtual controls before committing to an eight-dollar mobile game.

I doubt that that will stop most die-hard fans though, so take my warning words with a big grain of salt. Were it not for my own subpar experience with the control scheme, Streets of Rage 4 is an excellent, wonderfully faithful callback to simpler times in gaming.