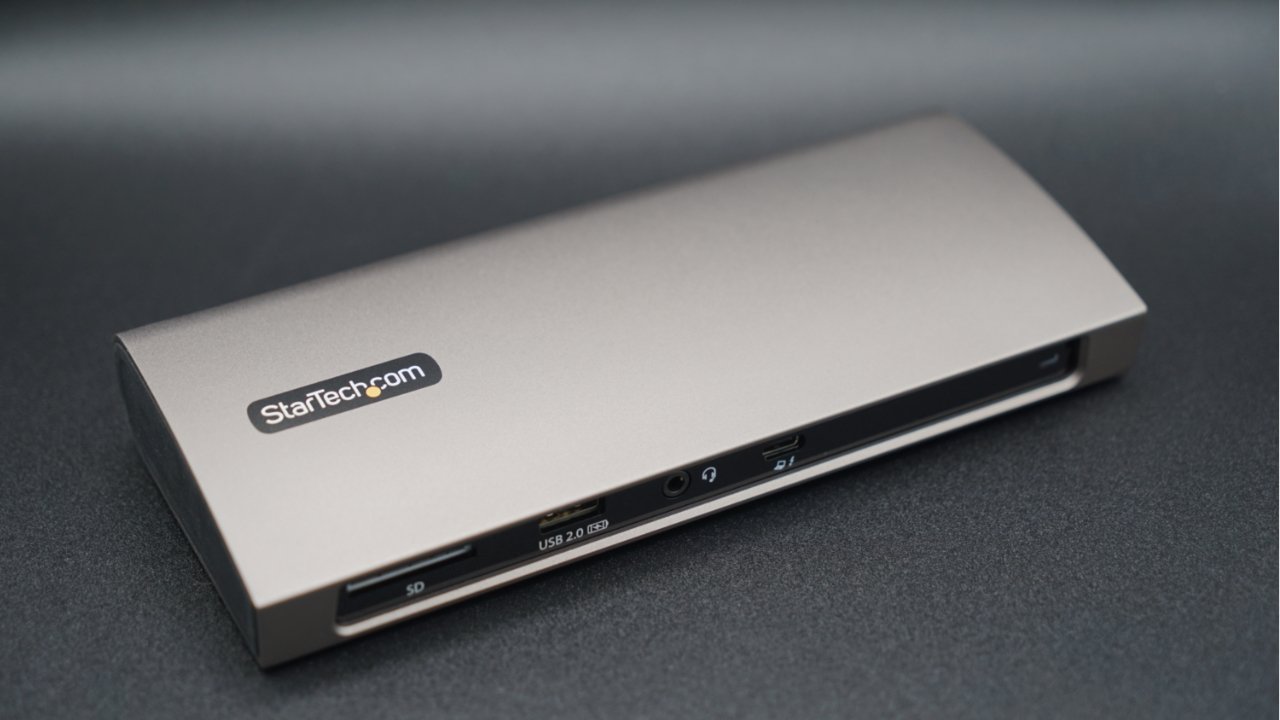 The StarTech Thunderbolt 4 Dock adds ten ports to your Mac via a single cable with three downstream Thunderbolt ports at a high price.

Computer docks come in many shapes and sizes, so choosing the right one depends on your workflow. The StarTech Thunderbolt 4 Dock is a good starting point for building out your complex workstation.

There isn’t much variety to the ports on this dock, but that is thanks to the three downstream Thunderbolt 4 ports. The StarTech Thunderbolt 4 Dock lets you daisy chain more hubs from the Thunderbolt ports, so alternative ports like Display Port and HDMI aren’t entirely necessary.

Most users will be able to get away with the port selection available on this dock without other hubs and docks attached. We were able to replace two hubs with the StarTech Thunderbolt 4 Dock, thanks to its available USB ports and Ethernet port.

We’re not a fan of visible cables or docks, so the StarTech Thunderbolt 4 Dock is currently attached to the underside of the desk. It performs exactly as a dock should — you don’t have to think about it. 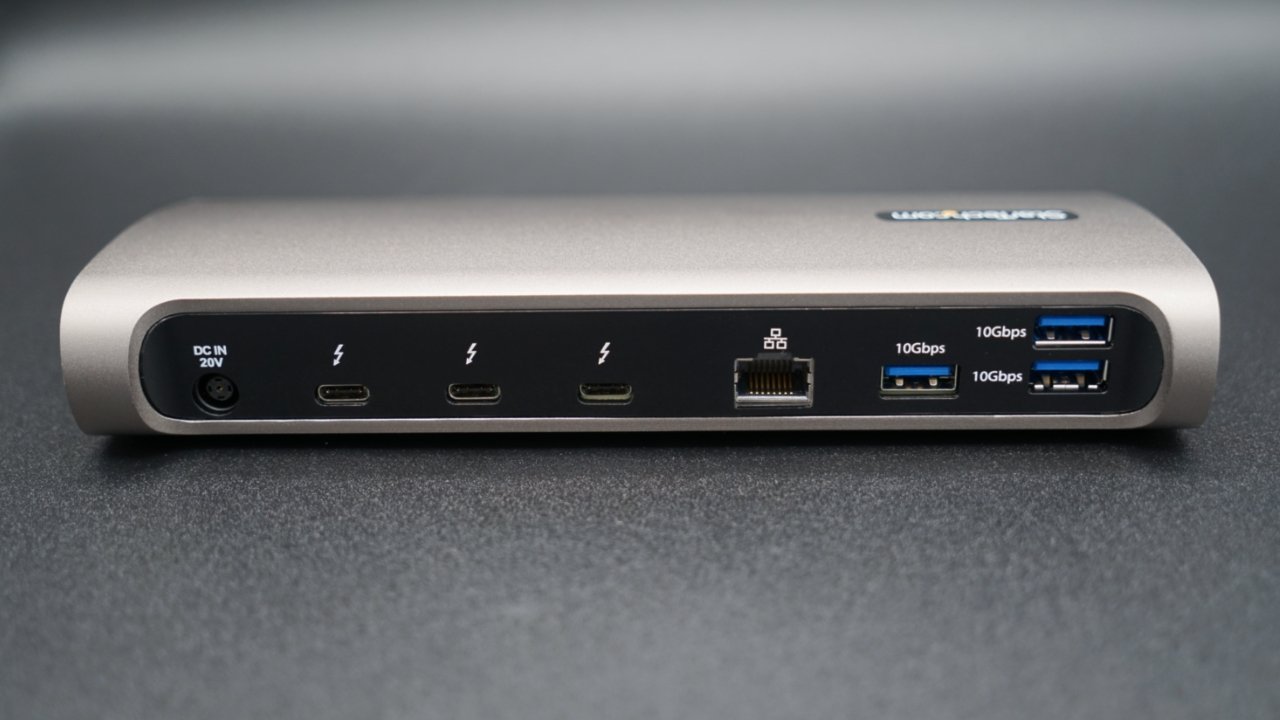 There haven’t been any issues with the dock, nor have any accessories stopped responding during use. The keyboard and trackpad perform without lag and are connected via the available USB-A ports. The USB 2.0 port gave us a great spot to attach a charging cable for our AirPods Max.

The Studio Display is connected through this Thunderbolt dock and performs as expected. It runs at 5K 60Hz, and you can’t tell the difference between connecting it through the hub or directly to the MacBook Pro.

Beyond some initial testing, we don’t utilize the SD card slot or headphone jack since the dock is well out of our way. The two extra Thunderbolt 4 ports also give us options for future expansion via another hub or external Thunderbolt storage. 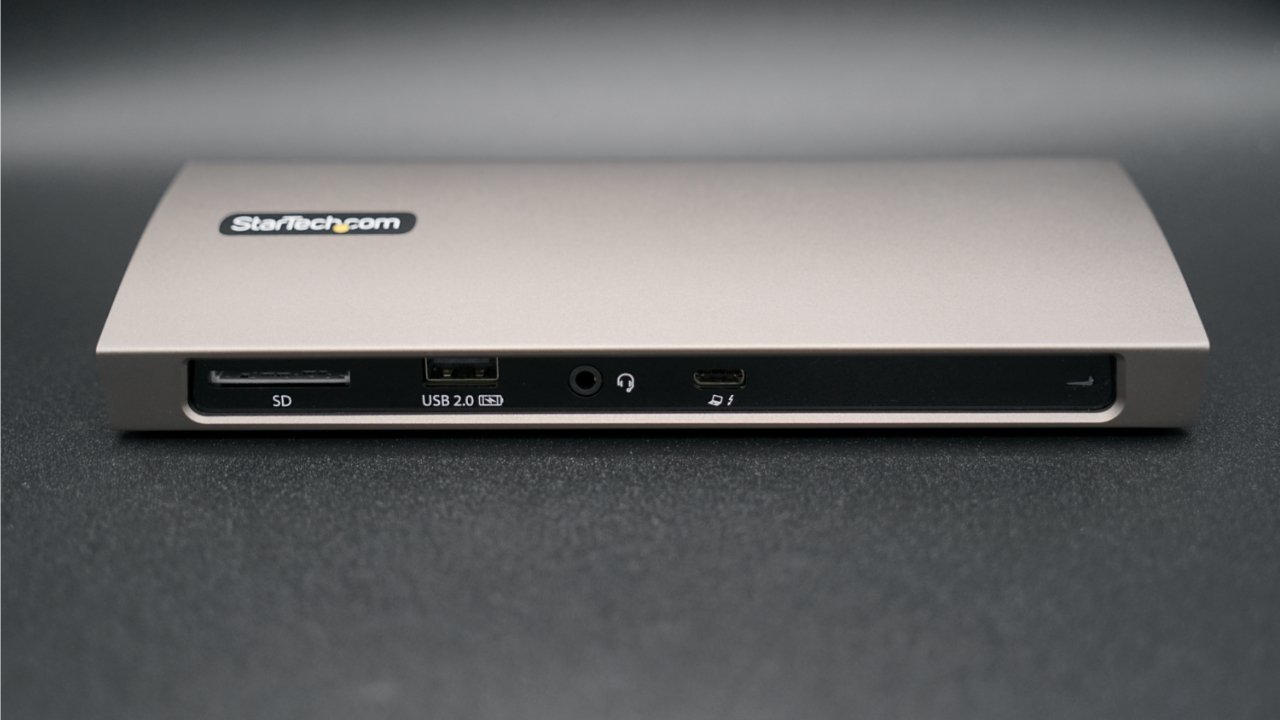 Now, the StarTech Thunderbolt 4 Dock performs all the functions we need in one device. Though, we’re not thrilled by the large 135W power supply. Other Thunderbolt docks have this problem too, but newer models are solving it with GaN technology.

Should you buy the StarTech Thunderbolt 4 Dock?

After connecting a mouse, trackpad, external SSD, charging cable for headphones, and the Studio Display, we were left with two Thunderbolt Ports for further expansion. While the dock may be overkill for users not taking advantage of those extra ports, we appreciate having the option of expanding our use of Thunderbolt devices down the line. 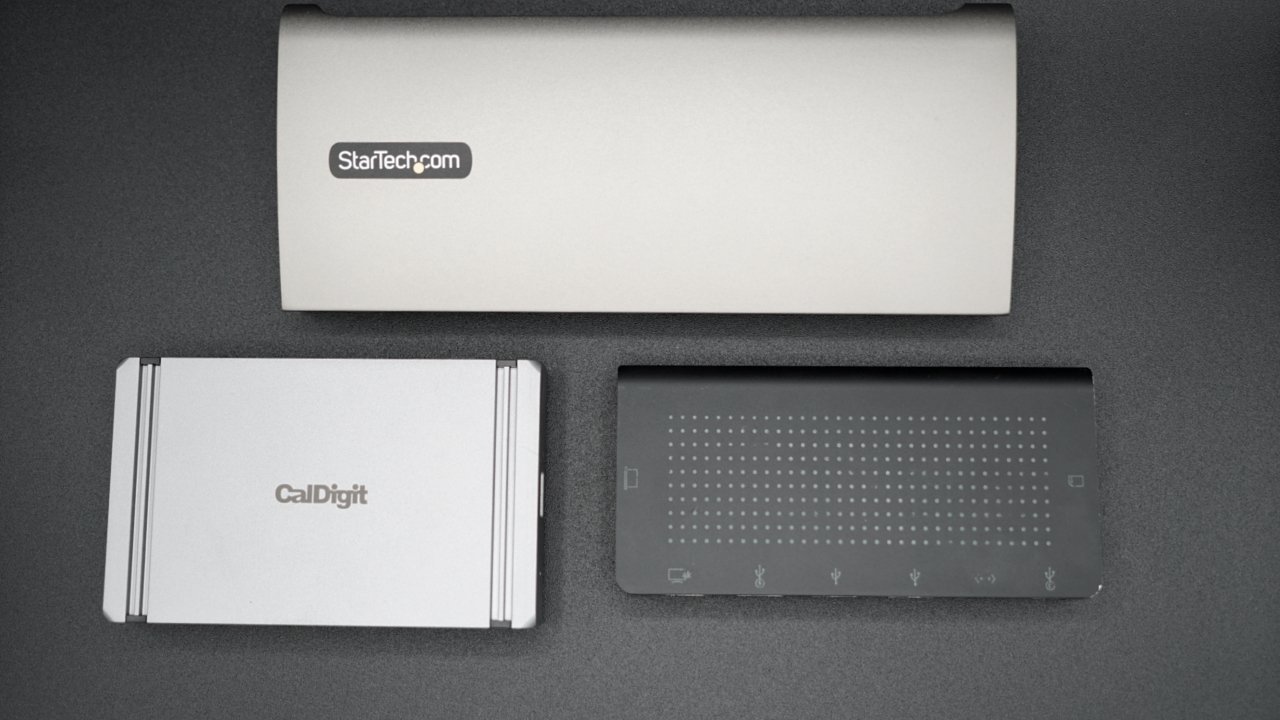 For example, during our review of a Monoprice 4K monitor, the spare ports came in handy for connecting the second display. The dock performed as expected with one 5K and one 4K monitor attached with no issues.

This dock does come at a high price, and other products in the price range offer more port variety. However, we’d argue that reliability is included in the high markup, and the StarTech Thunderbolt 4 Dock has proven to be reliable.