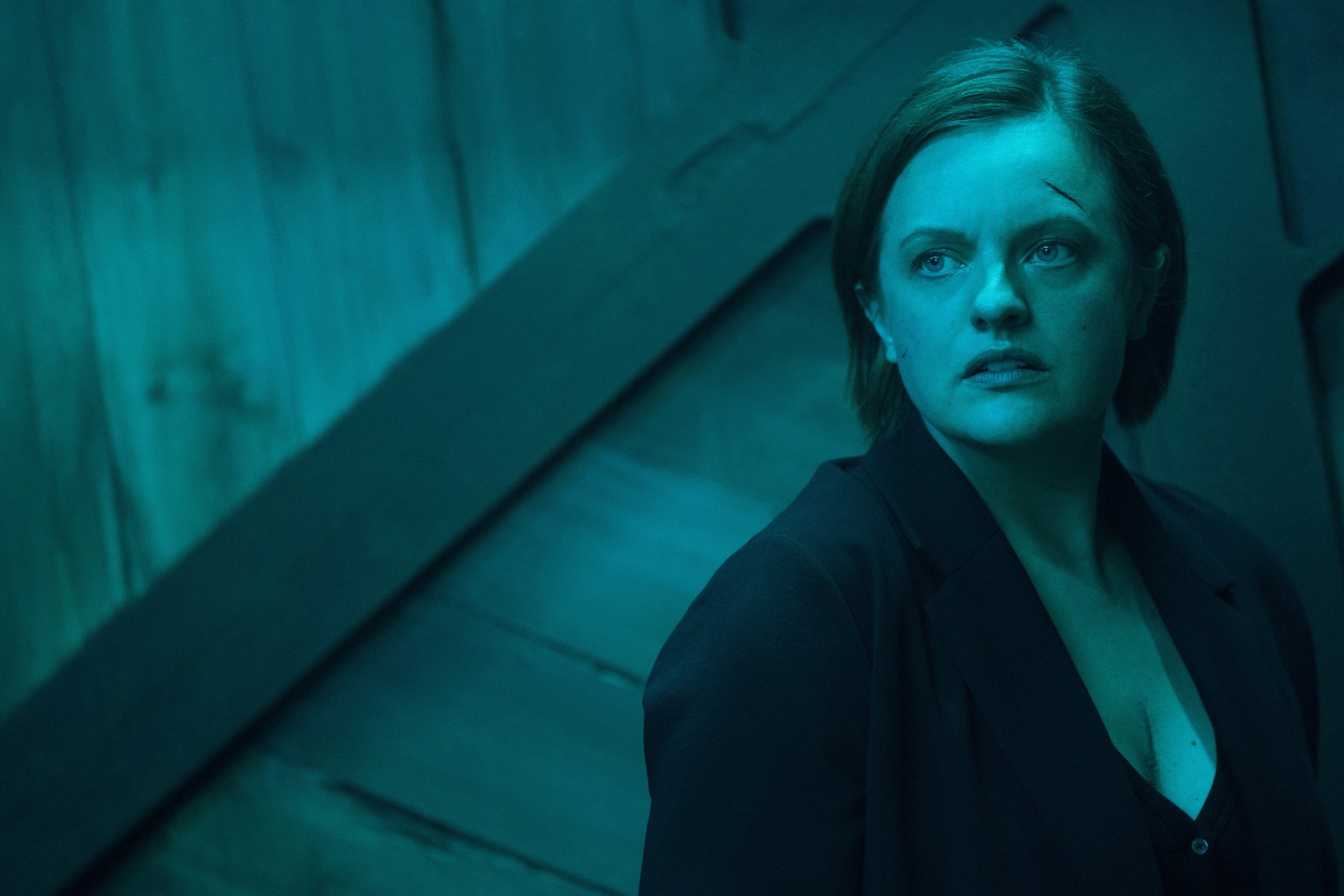 Shining Girls enters its endgame this week in a thrilling episode that’s heavy on plot and light on psychological depth. Just as Kirby (played by Elisabeth Moss) thinks she finally understands the next step in serial killer Harper’s game plan, reporter Dan runs off to chase leads. And her bewildered husband Marcus betrays them both without meaning to.

Can anyone hold onto their reality long enough to come out on top? This terrifically directed episode has the answers.

In the episode, titled “Offset,” it’s Kirby’s turn to flash back to the day Harper (Jamie Bell) attacked her. She was having a regular day. She talked to her mom (Amy Brenneman) and walked her dog. Then, Harper caught her and stabbed her.

She’s telling this to her colleague, Dan Velazquez (Wagner Moura), and to Harper’s subsequent victim, planetarium worker Jin-Sook (Phillipa Soo). Kirby hopes she can help Jin-Sook understand what it was like for her when she got attacked. Jin-Sook wonders if this means Harper’s going to kill her. Kirby replies, “He already has. It just hasn’t happened yet.” Which doesn’t set anyone’s mind at ease.

The next day, Dan and Kirby are reviewing the tape of Clara (Madeline Brewer) in which Harper says the name “Teenies” — the only clue they have to go on. Kirby takes a break from investigation to confess, finally, to Marcus (Chris Chalk) that she doesn’t remember any of their life together. He’s shocked to hear this because, to him, they’ve been happily married for years. But to her, it just happened one day.

I still don’t love the way Shining Girls has handled this subplot. Why can’t we see more of Kirby’s internal journey about this obviously troubling situation? This should be as traumatic and unsettling as anything else in this show, but it’s given distressingly short shrift in favor of plotting.

It bothers me a hair to have developments like this introduced and not explored, especially when you have an actress like Moss at the center of the show. She is more than capable of handling moments like this.

A killer on the hunt

While Dan and Kirby investigate a lead and discover the cause of Clara’s death, Harper stalks Jin-Sook. He takes over the PA system at the planetarium and plays audio of her murder. She doesn’t leave her workplace, though. She has a big presentation tonight.

Meanwhile, Marcus goes to a Chicago Sun-Times editor (Erika Alexander) to tell her about what he sees as Kirby’s deteriorating mental state. He thinks she’s just lost it, not that she’s the victim of a time-traveling serial killer. So the newspaper brass ask Kirby to take a leave of absence. For some reason, the request catches her off guard, despite everything she knows about everything.

Pissed at Marcus, she asks her mom to help her move out of the apartment, and gets reminded of something: The night Harper attacked her, she was about to get her first byline at the Sun-Times. Harper was punishing her, taking away her future at the exact moment she was going to become her best self.

And that tells her something she needs to know: He’s about to do the same to Jin-Sook on her big night, where she is about to become her best self. Then Kirby realizes that what changed isn’t that Harper kills her, it’s that he changes her reality. She’s not an astronomer anymore. She’s nobody.

We’ll see if it sticks

Elisabeth Moss directed this episode, her second project behind the camera. (She also helmed three episodes of her other show, The Handmaid’s Tale.) She’s got an eye for compositions, finding a couple of great angles to film the planetarium where Phillipa Soo’s character works.

Moss does very, very good work indeed (the climax of the episode takes your breath away). The only trouble is, it’s in service of the least psychologically satisfying version of this story. I want more of what Jin-Sook and Kirby are going through at any given moment, not the usual televisual shorthand for cracking up. Moss is a canny enough artist to know that there are avenues not being taken here. I wish someone had said something.

How have we gotten seven episodes into this show and spent more time getting to know the serial killer’s mental state than our ostensible heroes? Kirby isn’t the only one being written into corners, either. Wagner Moura is a great actor doing a typically great job with the part of Dan. But all we know about the reporter is that he’s a drunk, a former drug addict and far too frank with his disapproving son.

When he got stabbed in the final few minutes of this week’s episode, I thought to myself that if they kill him, I’ll miss this actor on the show, not the character.

I don’t mind that Shining Girls is hell-bent on speeding toward narrative events in its next-to-last episode, especially when you consider how slow or aimless things could have been in this series. It just seems like, frankly, a waste of a stellar cast. Why go to the trouble of getting rising stars (relatively speaking — I know they’ve had lengthy careers) like Moura and Soo, then tuck their most emotional moments into the fabric of the narrative instead of exploring them?

It feels anticlimactic, no matter how good everyone is, in front of and behind the camera.

Scout Tafoya is a film and TV critic, director and creator of the long-running video essay series The Unloved for RogerEbert.com. He has written for The Village Voice, Film Comment, The Los Angeles Review of Books and Nylon Magazine. He is the author of Cinemaphagy: On the Psychedelic Classical Form of Tobe Hooper, the director of 25 feature films, and the director and editor of more than 300 video essays, which can be found at Patreon.com/honorszombie.