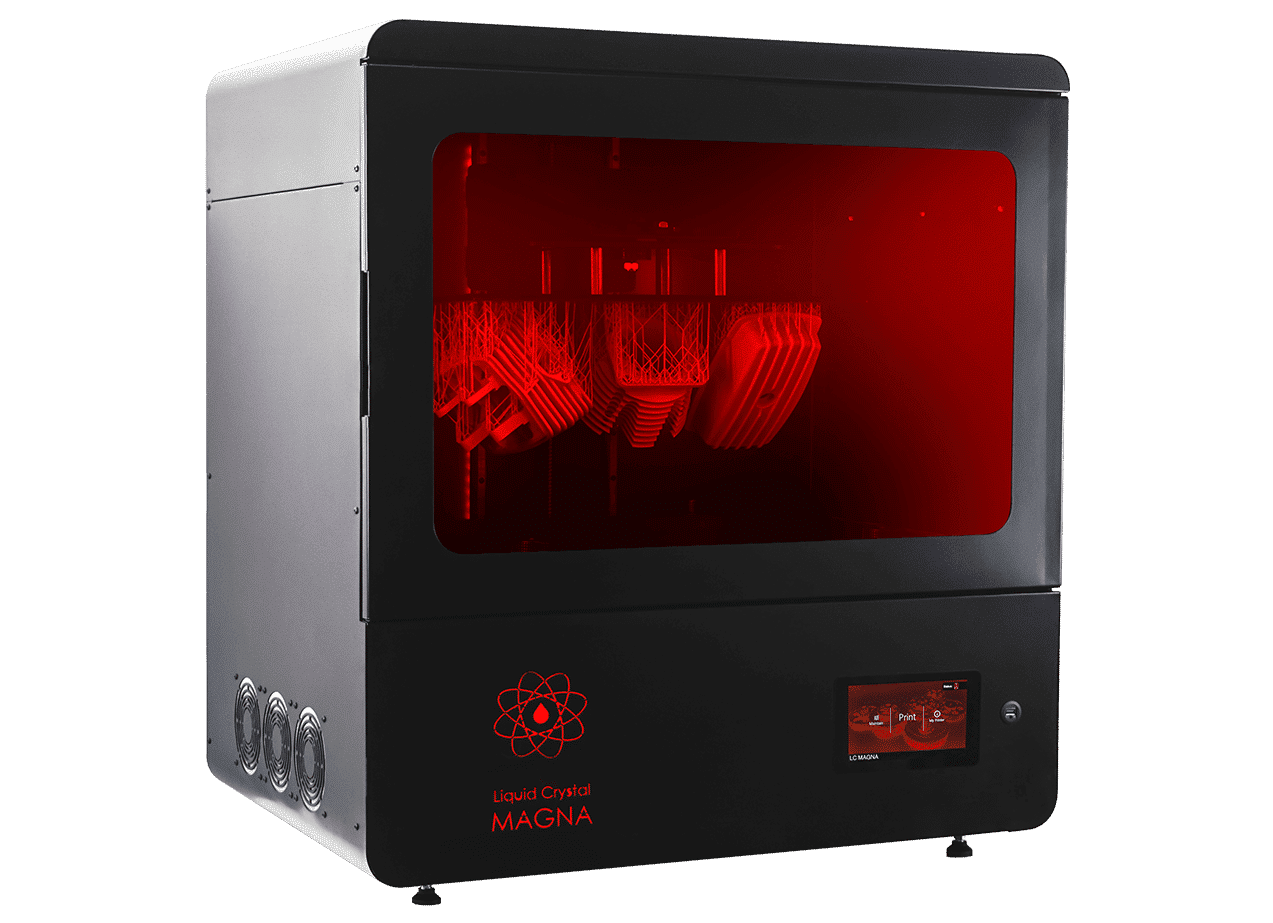 Photocentric, a developer of resin 3D printers and materials, has announced the launch of its new LC Magna v.2 3D printer.

Intended as a successor to the firm’s flagship LC Magna system (released 2019), the v.2 has been redesigned for a number of performance improvements such as faster print speeds and reduced material waste.

Photocentric claims its latest machine offers a combination of versatility and ruggedness, and is well-suited for both prototyping and end-use production applications in a variety of industries.

Sally Tipping, Sales Director of Photocentric, said, “Magna is the jewel in the crown of Photocentric, and we’re thrilled to launch this new model which builds on the solid foundations of its predecessor.”

Photocentric is well-known in the professional-grade 3D printing space for its lineup of LCD 3D printers. The firm debut system, the Liquid Crystal desktop 3D printer, made its appearance in 2015.

Since then, the company has also launched its LC Maximus system. The machine sports a large-format build volume of 700 x 893 x 510mm and a 40” 4K LCD screen. Built for high-volume mass production parts, the LC Maximus is Photocentric’s largest 3D printer to date.

More recently in 2021, the firm unveiled its LC Opus 3D printer. Designed to be Photocentric’s fastest 3D printing system, the Opus is equipped with a build volume of 310 x 174 x 220mm and a custom monochrome LCD screen.

The latest addition to the Photocentric product line is defined by its speed and material efficiency. Sporting a build volume of 510 x 280 x 350mm, the LC Magna v.2 comes complete with a 4K LCD screen and a new hydrophobic build platform that ensures any unused resin can be reclaimed with ease, minimizing waste.

According to Photocentric, the improved print speed of the v.2 means it can now fabricate custom dental trays at 80mm long with a layer height of 250 microns in just 1hr 13mins. On the original LC Magna, this same build would have required 2hr 22mins.

Tipping adds, “The product development team has maintained everything that has made the LC Magna so popular with our customers – including its impressive build volume – whilst adding a range of features that have boosted print speeds, further improved reliability and substantially increased processing power. We are tremendously excited about the possibilities of the new Magna and can’t wait to see what our customers do with it.”

The Photocentric Additive slicing software for use with the v.2 was jointly developed in conjunction with software firm CoreTechnologie. As well as providing all of the standard slicing functionality you might expect, the program also enables users to modify the exterior surfaces of their parts. This allows for the removal of layer lines and the addition of custom surface textures.

Below are the technical specifications for the LC Magna v.2 3D printer. Visit the Photocentric store page to request a quote.