Perspectives on the Future of SP Networking: Intent and Outcome Based Transport Service Automation 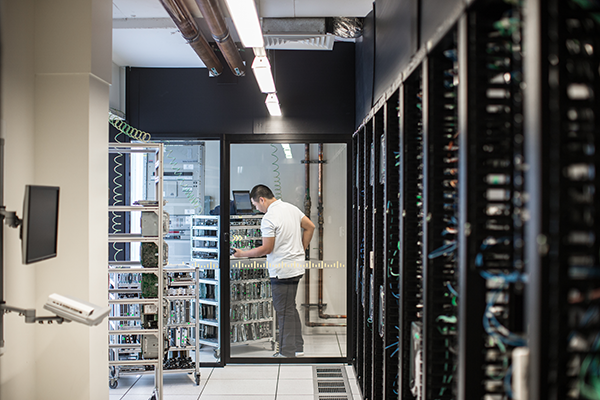 One lesson we could all learn from cloud operators is that simplicity, ease of use, and “on-demand” are now expected behaviors for any new service offering. Cloud operators built their services with modular principles and well-abstracted service interfaces using common “black box” software programming fundamentals, which allow their capabilities to seamlessly snap together while eliminating unnecessary complexity. For many of us in the communication service provider (CSP) industry, those basic principles still need to be realized in how transport service offerings are requested from the transport orchestration layer.

The network service requestor (including northbound BSS/OSS) initiates an “intent” (or call it an “outcome”) and it expects the network service to be built and monitored to honor that intent within quantifiable service level objectives (SLOs) and promised service level expectations (SLEs). The network service requestor doesn’t want to be involved with the plethora of configuration parameters required to deploy that service at the device layer, relying instead on some other function to complete that information. Embracing such a basic principle would not only reduce the cost of operations but also enable new “as-a-Service” business models which could monetize the network for the operator.

But realizing the vision requires the creation of intent-based modularity for the value-added transport services via well-abstracted and declarative service layer application programming interfaces (APIs).  These service APIs would be exposed by an intelligent transport orchestration controller that acts in a declarative and outcome-based way. Work is being done by Cisco in network slicing and network-as-a-service (NaaS) to define this layer of service abstraction into a simplified – yet extensible – transport services model allowing for powerful network automation.

How we got here

Networking vendors build products (routers, switches, etc.) with an extensive set of rich features that we lovingly call “nerd-knobs”. From our early days building the first multi-protocol router, we’ve always taken great pride in our nerd-knob development. Our pace of innovation hasn’t slowed down as we continue to enable some of the richest networking capabilities, including awesome features around segment routing traffic engineering (SR-TE) that can be used to drive explicit path forwarding through the network (more on that later). Yet historically it’s been left to the operator to mold these features together into a set of valuable network service offerings that they then sell to their end customers. Operators also need to invest in building the automation tools required to support highly scalable mass deployments and include some aspects of on-demand service instantiation. While an atomic-level setting of the nerd knobs allows the operator to provide granular customization for clients or services, this level of service design creates complexity in other areas. It drives very long development timelines, service rigidity, and northbound OSS/BSS layer integration work, especially for multi-domain use cases.

With our work in defining service abstraction for NaaS and network slicing and the proposed slicing standards from the Internet Engineering Task Force (IETF), consumers of transport services can soon begin to think in terms of the service intent or outcome and less about the complexity of setting feature knobs on the machinery required to implement the service at the device level. Transport automation is moving towards intent, outcome, and declarative-based service definitions where the service user defines the what, not the how.

In the discussion that follows, we’ll define the attributes of the next-generation transport orchestrator based on what we’ve learned from user requirements. Figure 1 below illustrates an example of the advantages of the intent-based approach weaving SLOs and SLEs into the discussion. Network slicing, a concept inspired by cellular infrastructure, is introduced as an example of where intent-based networking can add value.

The next-generation transport orchestrator should be closed loop-based and implement these steps:

Figure 2 shows an example of intent-based provisioning automation. On the left, we see the traditional transport orchestration layer that provides very little service abstraction. The service model is simply an aggregation point for network device provisioning that exposes the many ‘atomic-level’ parameters required to be set by northbound OSS/BSS layer components. The example shows provisioning an L3VPN service with quality of service (QoS) and SR-TE policies, but it’s only possible to proceed atomically. The example requires the higher layers to compose the service, including resource checks, building the service assurance needs, and then performing ongoing change control such as updating and then deleting the service (which may require some order of operations). Service monitoring and telemetry required to do any service level assurance (SLA) is an afterthought and built separately, and it’s not easily integrated into the service itself. The higher layer service orchestration would need to be custom-built to integrate all these components and wouldn’t be very flexible for new services.

On the right side of Figure 2, we see a next-gen transport service orchestrator which is declarative and intent-based. The user specifies the desired outcome (in YANG via a REST/NETCONF API), which is to connect a set of network endpoints, also called service demarcation points (SDPs) in an any-to-any way and to meet a specific set of SLO requirements around latency and loss. The idea here is to express the service intent in a well-defined YANG-modeled way directly based on the user’s connectivity and SLO/SLE needs. This transport service API is programable, on-demand, and declarative.

So how will operators market and differentiate their new transport service offerings? While posting what SLOs can be requested will certainly be a part of this (requesting quantifiable bandwidth, latency, reliability, and jitter metrics), the big differentiators will be the set of SLE “catalog entries” they provide. SLEs are where “everything else” is defined as part of the service intent. What type of SLEs can we begin to consider? See Table 1 below for some examples. Can you think of some new ones? The good news is that operators can flexibly define their own SLEs and map those to explicit forwarding behaviors in the network to meet a market need.

Capabilities needed in the network

The beauty of intent-based networking is that the approach treats the network as a “black box” that hides detailed configuration from the user. With that said, we still need those “nerd-knobs” at the device layer to realize the services (though abstracted by the transport controller in a programable way). At Cisco, we’ve developed a transport controller called Crosswork Network Controller (CNC) which works together with an IP-based network utilizing BGP-based VPN technology for the overlay connectivity along with device layer QoS and SR-TE for the underlay SLOs/SLEs. We’re looking to continue enhancing CNC to meet the full future vision of networking intent and closed loop.

While BGP VPNs (for both L2 and L3), private-line emulation (for L1), and packet-based QoS are well-known industry technologies, we should expound on the importance of SR-TE. SR-TE will allow for a very surgical network path forwarding capability that’s much more scalable than earlier approaches. All the services shown in Table 1 will require some aspect of explicit path forwarding through the network. Also, to meet specific SLO objectives (such as BW and latency), dictating and managing specific path forwarding behavior will be critical to understanding resource availability against resource commitments. Our innovation in this area includes an extensive set of PCE and SR-TE features such as flexible algorithm, automated steering, and “on-demand-next-hop” (ODN) as shown in Figure 4.

With granular path control capabilities, the transport controller, which includes an intelligent path computation element (PCE), can dynamically change the path to keep within the desired SLO boundaries depending on network conditions. This is the promise of software-defined networking (SDN), but when using SR-TE at scale in a service provider-class network, it’s like SDN for adults!

Given the system is intent-based, that should also mean it’s declarative. If the user wanted to switch from SLE No.1 to SLE No.2 (go from a “best effort” latency-based service to a lowest latency-based service), then that should be a simple change in the top-level service model request. The transport controller will then determine the necessary changes required to implement the new service intent and only change what’s needed at the device level (called a minimum-diff operation). This is NOT implemented as a complete deletion of the original service and then followed by a new service instantiation. Instead, it’s a modify-what’s-needed implementation. This approach thus allows for on-demand changes which offer the cloud-like flexibility consumers are looking for, including time-of-day and reactionary-based automation.

Even the standards bodies are getting on board

The network slicing concept initially defined by 3GPP TS 23.501 for 5G services as “a logical network that provides specific network capabilities and network characteristics”, was the first to mandate the service in an intent-based way, and to request a service based on specific SLOs. This approach has become a generic desire for any network service (not just 5G) and certainly for the transport domain, most service providers look to the IETF for standards definitions. The IETF is working on various drafts to help vendors and operators have common definitions and service models for intent-based transport services (called IETF Network Slice Services). These drafts include: Framework for IETF Network Slices and IETF Network Slice Service YANG Model.

We envision a future where transport network services are requested based on outcomes and intents and in a simplified and on-demand fashion. This doesn’t mean the transport network devices will lose rich functionality – far from it. The “nerd-knobs” will still be there! Rich devices (such as VPN, QoS, and SR-TE) and PCE-level functionality will still be needed to provide the granular control required to meet the desired service objectives and expectations, yet the implementation will now be abstracted into more consumable and user-oriented service structures by the intent-based next-gen transport orchestrator.

This approach is consistent with the industry’s requirements on 5G network slicing and for what some are calling NaaS, which is desired by application developers. In all cases, we see no difference in that the service is requested as an outcome that meets specific objectives for a business purpose. Vendors like us are working to develop the proper automation and orchestration systems for both Cisco and third-party device support to realize this future of networking vision into enhanced, on-demand, API-driven, operator-delivered transport services.

This is just one blog in a larger series examining Perspectives on the Future of Service Provider Networking, so be sure to check them out and gain access to additional relevant content.

We encourage you to learn more about what our innovations mean for transforming your network by catching us this year @CiscoLive in June, where we’ll be hosting an interactive panel, IBOSPG-2001 “Future Vision of SP Networking”. Our panel will share our point of view on the future of the service provider network. Please come join us and interact with our panel.

Also @CiscoLive, you can check out our transport network slicing demo at the Crosswork Network Automation booth in the World of Solutions. Other related sessions @CiscoLive include BRKSPG-2034- Automating Operations Across Service Lifecycle with Cisco SDN Controller and BRKATO-3000- Advanced Automation with Cisco NSO.

Join us for these Cisco Live sessions!

The art of the multicloud deployment

Leveraging the Cloud to Scale your Industrial DMZ