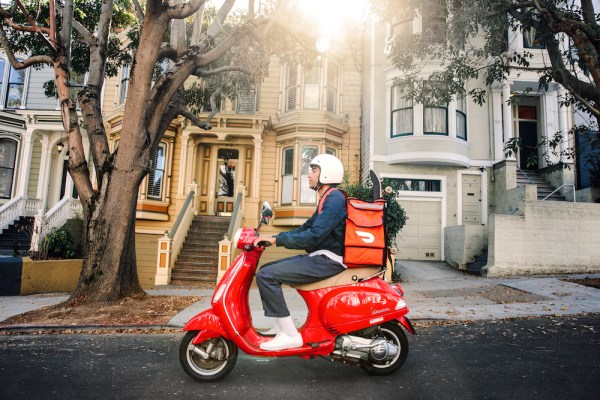 Pear, a Palo Alto, Ca.-based venture firm that we’ve been tracking since its outset in 2012, looks to be raising a fourth fund that’s targeting $410 million in capital commitments, shows a new SEC filing.

It would be a big step up from Pear’s first three funds, which closed progressively with $50 million in 2013, $75 million in 2016, and $160 million in capital commitments in 2019, including from a longtime limited partner, the University of Chicago.

Nozad and cofounder Mar Hershenson have long been first-stop for prominent early-stage investors that are looking to fund nascent teams, given the firm has been among the earliest backers in a notable number of companies that have gone to raise ever-bigger rounds and higher valuations, including the now publicly traded companies DoorDash and Guardant Health.

Other startups to attract capital from Pear before nearly any other firm was aware of their existence include the deep-linking startup Branch, which closed on $300 million in funding in February at a $4 billion valuation; Gusto, valued at $9.5 billion last summer when it raised $175 million in funding; and Aurora Solar, a firm that provides software services for the solar industry and was valued at $4 billion in February when it closed a $200 million round.

Like other firms, Pear is likely to see the valuations of its still-private portfolio companies slide downward — possibly by a lot — depending on how long this correction lasts.

Hershenson, who joined TechCrunch for a mobility-focused event this week, noted on stage that startups are in for a bumpy ride, given how frothy the market had grown.

Asked if the startup party is over, Hershenson answered: “Maybe for a little while it’s over . . .The problem is that the market was priced too high in 2021, and we’re all adjusting to that price change, and that changes how companies raise money.

“Everybody knows that the stock market is down a lot,” she’d said. “Software stocks are down in some cases 80%. [Meanwhile] if you’re a private company, and you were very lucky and you raised money in 2021, you may have gotten a multiple of 100x on your ARR. Today, those multiples are 10x or 20x. That means that if your company was $2 billion [at the time of your fundraise], your company is [now] worth $200 million.:

Even with a steep reset in prices, however, Pear’s success to date is undeniable. It’s also unlikely.

Nozad, very famously, was earlier a rug dealer who insisted on toting rugs to his clients’ homes, where during the course of long conversations, they would learn about the rug and he would learn about their business. He eventually became a scout for his boss, and a trusted friend to some very powerful people.

“He has a good sniffer, and I trust the guy,”  Sequoia’s Doug Leone told Forbes back in 2012. “He’s like me, from the earth.” Sequoia has, in fact, backed a number of companies that Pear has funded, including Guardant Health and DoorDash.

Meanwhile, his partner, Mar Hershenson, was also very much an outlier when the two struck out on their own. Despite founding several companies previously — one of which Nozad backed — and though she holds an M.S. and Ph.D. degrees in electrical engineering from Stanford University, she is a native of Spain and even more unusual in VC circles a decade ago, she is a woman who had not previously cut her teeth at someone else’s venture firm.

That may not seem very notable today but in 2012, it put Hershenson in rare company.

As for the team’s newest bets, Pear hosted an invite-only demo day earlier this week, coverage of which we’ll have for readers soon. (Unlike Y Combinator, the outfit holds a demo day each year for a comparatively limited number of companies — typically around 10.)

In the meantime, some of its other recent checks have gone to Sudozi, a two-year-old Austin, Tex., startup that provides a SaaS platform to help enterprises improve their money management capabilities and that just this month announced a $4.3 million seed round led by Pear.

Pear also recently wrote a follow-on check to Osmind, a two-year-old, Bay Area-based startup that makes software to chart and update patient information and documents, with a focus on mental health. The outfit raised $40 million in Series B funding led by DFJ Growth, an announcement it also made earlier this month.

Correction: This story originally reported that Pear’s newest fund is closed, a fait accompli, which is inaccurate; we’ve updated the story to reflect that the fund is still being raised.