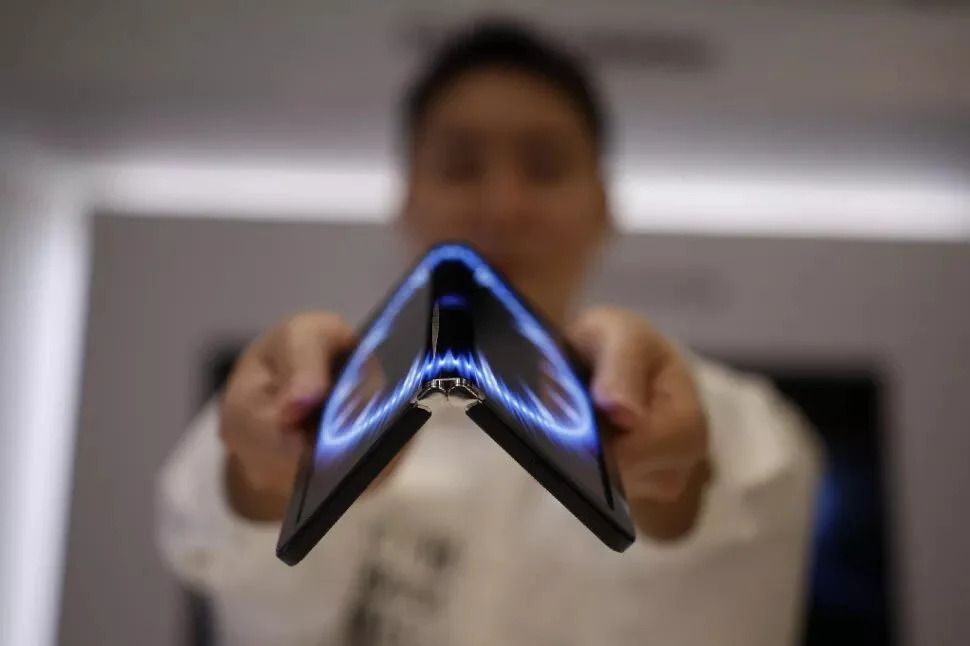 Microsoft has been in the foldable game for a few years with the Surface Duo, but it’s a dual-screen phone with two standard displays that can act as one. However, a new patent shows that Microsoft is looking into a device with a single, folding screen with more range than the average foldables on the market today.

Leaker Walking Cat recently revealed images from the patent, showing off the unique folding mechanism. From the images, it appears the device will fold both inwards and outwards, as the current Surface Duo 2 does, but with a single display instead of two. This would differ from the best foldable phones, which can do either or with a single folding display.

When folded inwards, the display would form a teardrop shape similar to what Motorola does with the Razr, which would assist in “avoiding mechanical creases at the folding point.”

The patent, which was filed in 2021 and published earlier this month, describes a device comprising “a rear cover and cover display layer extending from a left side of a display device through the folding portion to a right side.”

The patent notes how devices using a flexible, ultra-thin glass can suffer from creases, wrinkles, cracks, and other physical damage, something Microsoft hopes to avoid with its potential folding device. However, a recent concept display from LG shows that such a device might just be within reach. Gizmo China (via Windows Central) noted that the device in question utilizes an Ultra-Thin Glass that can fold anywhere between 0 and 360° degrees.

From the looks of it, this looks like a match made in heaven for a future Surface Duo device. However, if Microsoft does adopt this new single-screen design for a future phone, it may have to rethink the name.

The Microsoft Surface Duo 2 is a unique dual-screen phone that features plenty of upgrades over its predecessor. It has respectable cameras, a flagship chipset, and vibrant OLED displays. Plus, Microsoft’s unique software makes multitasking a breeze.