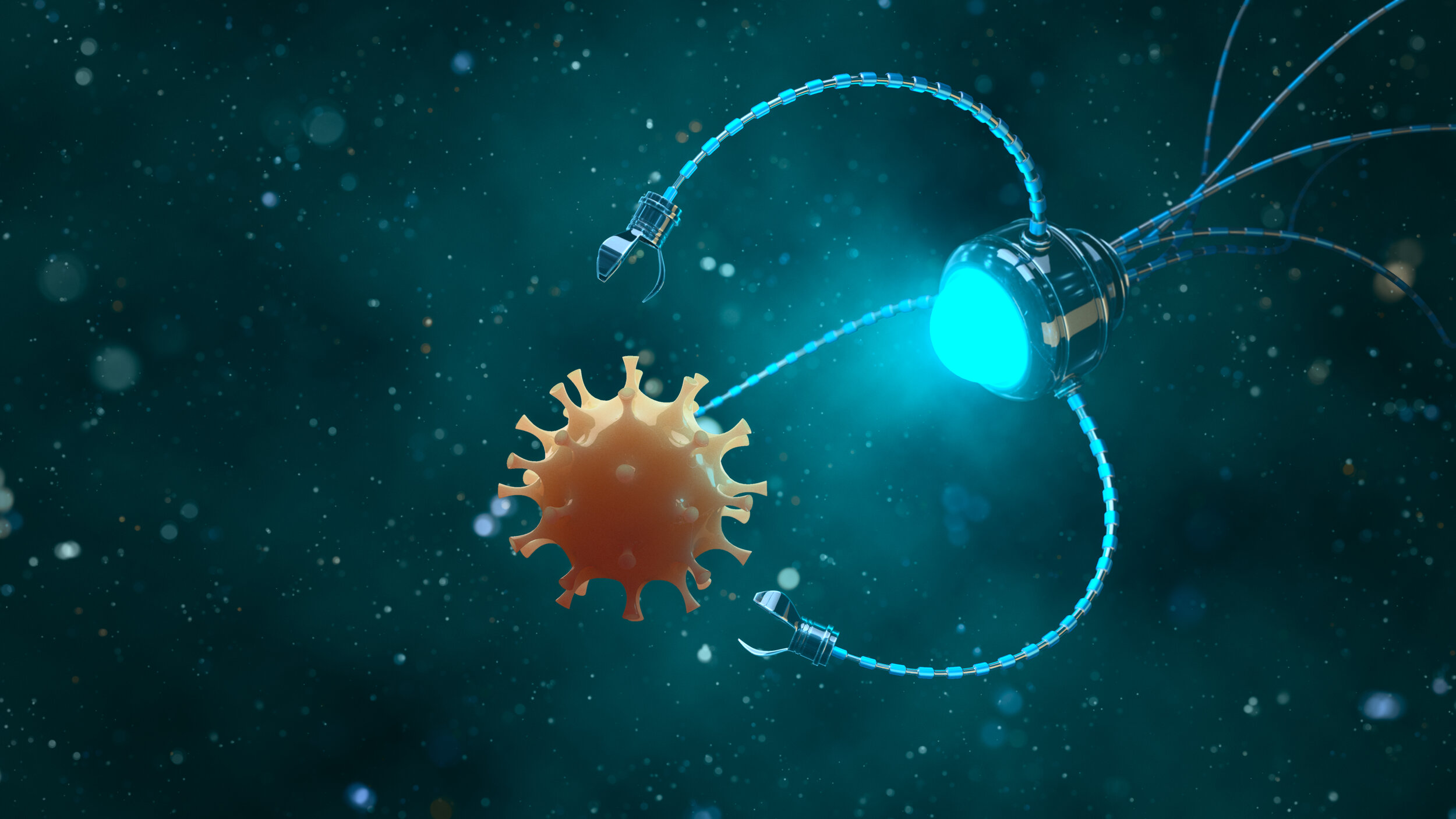 Swarms of microrobots injected into the human body could unblock internal medical devices and avoid the need for further surgery.

Shunts are caused by blockages due to a build-up of sediment. This sediment narrows and obstructs liquid passing through the shunt. It also affects the shunt’s flexibility. Therefore patients who need repeated surgeries have to either replace the shunt or use a catheter to remove the blockage.

A new research led by Dr Ali Hoshiar, from Essex’s School of Computer Science and Electronic Engineering, shows that a swarm of hundreds of microrobots — made of nano size magnetic nanoparticles — injected into the shunt could remove the sediment.

“Once the magnetic microrobots are injected into the shunt they can be moved along the tube to the affected area using a magnetic field, generated by a powerful magnet on the body’s surface,” explained Dr Hoshiar. “The swarm of microrobots can then be moved so they scrape away the sediment, clearing the tube.

These microbots have a width smaller than a human hair. When the microbots are done with their job they can be easily guided using a magnetic field or some bodily fluid, so they can leave the body naturally.As the microrobots have very high biocompatibility they will not cause toxicity.

Researchers plan to work with clinicians to carry out trials.
“The non-invasive nature of this method is a considerable advantage to existing methods as it will potentially eliminate the risk of surgery and a surgery-related infection, thereby decreasing recovery time.” The researchers are also looking at how the concept can be used in other applications.