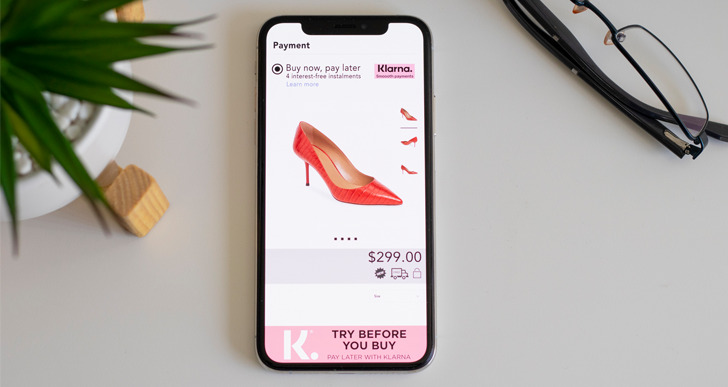 Swedish fintech Klarna wants to raise 1 billion dollars (over 900 million euros) from investors. The company is the European market leader for ‘buy now, pay later’ services. However, it has been valued 30 percent lower and has since announced layoffs.

Klarna is the ‘buy now, pay later’ (BNPL) market leader, possessing a global market share of over 53 percent. Only last year, it was named the most valuable European fintech after Softbank injected nearly 600 million euros into the company.

In the new investment round led by Goldman Sachs, Klarna wants to raise over 900 billion euros from both current and new investors. However, the payment service has been valued lower compared to last year, when it was valued at 45,6 billion dollars.

The fintech is not the only company seeing lower rates.

Now, Klarna has been appointed with a value of 30 billion dollars, sources told the Wall Street Journal. That is a drop of 30 percent. The fintech is not the only company experiencing lower rates, though. American and European exchanges have seen similar drops for other tech companies in the last few months.

Layoffs for 10% of staff

Following the valuation drop, Klarna announced a layoff round for approximately 10 percent of its staff. With the company currently having around 7 thousand employees, it would impact around 700 staff members.

The layoffs would impact around 700 employees.

In the company’s blog post, Klarna’s CEO and co-founder Sebastian Siemiatkowski says that when the company made business plans last year, ‘it was a very different world’: “We have seen a tragic and unnecessary war in Ukraine unfold, a shift in consumer sentiment, a steep increase in inflation, a highly volatile stock market and a likely recession.”

He adds: “Together, we have re-evaluated our organizational setup to make sure we can continue to deliver on our ambitious targets.”

In the past few years Klarna has been growing exponentially, becoming the leading provider for ‘buy now, pay later’ (BNPL). Only last week, the service reached 150 million customers and 400 thousand merchants. This makes the company a big competitor for credit card companies. What Klarna plans to do with the 1 billion dollars, has not been specified yet.