If Europe and Japan can have small, cheap EVs, why can’t America? 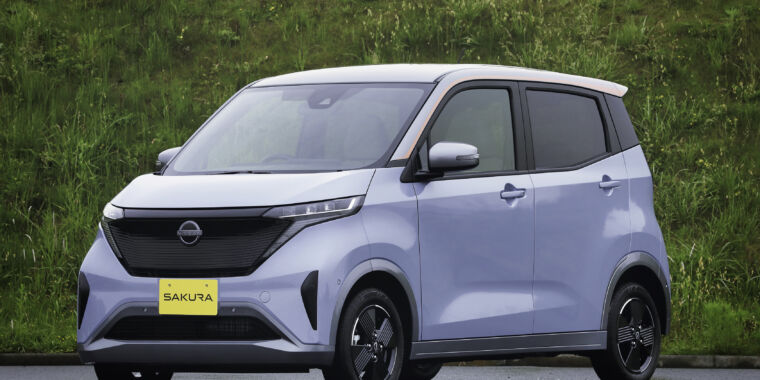 You don’t have to dig far into the comments of just about any article we write about new cars to find complaints about the ever-growing size and cost of those new cars. Automakers are convinced that size sells in the US market, particularly when it comes to new electric vehicles. But there is a different way, as both Europe and Japan have shown.

For example, Autocar reported on Tuesday that Volkswagen will build a small EV called the ID.1 that will sell for around $18,000 (€17,000). Due to reach the market in 2025, this diminutive EV will use a cut-down version of VW’s MEB platform (as used in the US-market ID.4 crossover, among others) and is expected to have a WLTP range of about 250 miles (400 km) thanks to a 57 kWh battery pack.

In fact, Europeans will be somewhat spoiled for choice since the same factory in Spain will also produce versions of the ID.1 for the Cupra and Seat brands.

“It made sense to come into EVs top down, but by 2025, we think the time will be right for a Polo-sized car,” said VW Group CEO Herbert Diess, according to Autocar. “We have a new generation of batteries; aside from the raw material price rises, now our costs are coming down with scale. The demand is there and the margins are there for small electric cars to be profitable,”

Meanwhile, in Japan, consumers don’t need to wait nearly so long to go electric on a budget. Later this year, Nissan will start selling the Sakura, an EV built to Japan’s “kei car” regulations, which allow for vehicles with a tiny footprint and limited engine sizes—factors that don’t really affect an EV.

Not coming to America

Here in the US, automakers had been running away from smaller, cheaper cars even before the pandemic blew up everyone’s supply lines and caused dealers to jack up their prices so egregiously. OEMs like Honda stopped selling good small cars like the Honda Fit, and if you want an inexpensive new EV, your options are still basically the Nissan Leaf (starting at $27,400) or Chevrolet Bolt (starting at $31,500).

The automakers will argue that small cars are not profitable in the US—Ars heard such arguments when we asked Honda why it won’t bring the Honda E to these shores, and we heard the same from VW regarding the ID.3. And it’s true that the last time we were offered an electric kei car in the form of the Mitsubishi i-MiEV, it wasn’t all that appealing to US car buyers. To be fair, though, that car was sold at nearly three times the price that Japanese buyers will have to pay for the Nissan Sakura.

But a day spent driving various microcars in Nashville traffic does suggest that some vehicles might be just a little too small for US traffic as it is (rather than as we wish it might be).

More affordable EVs designed with US tastes in mind are in the works at General Motors and Honda, although those vehicles are still five years away from market. In the meantime, it seems like our best hope for getting smaller, cheaper EVs on our streets might be by bombarding the OEMs with calls to do so.