Apk Know Education and technology related information here
HomeTechnologyHydrogen startup ZeroAvia has a zero-emission vision, but its next plane is...
Technology

Hydrogen startup ZeroAvia has a zero-emission vision, but its next plane is a hybrid – TechCrunch 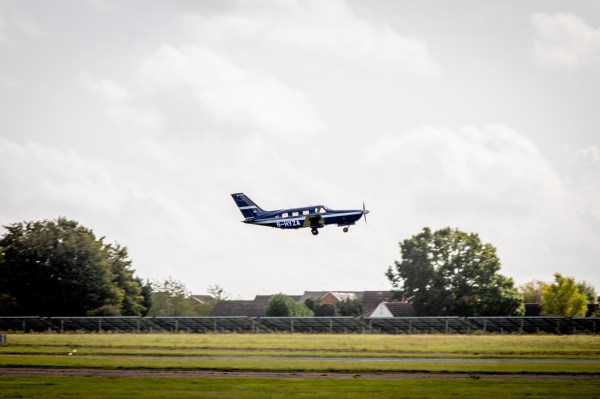 ZeroAvia has raised $115 million from United Airlines, Alaska Airlines, British Airways and Amazon on a promise to fly a zero-emission hydrogen fuel cell regional passenger plane as soon as next year. Now the startup has set itself a slightly less high-flying goal: building a hybrid aircraft.

This new experimental plane, which is under construction in California, is a 19-seat Dornier 228 that will have “a hybrid engine configuration that incorporates both the company’s hydrogen-electric powertrain and a conventional engine,” according to a recent press release.

ZeroAvia declined to tell TechCrunch why it had altered its plans. A hybrid system could reassure regulators that the Dornier can fly safely for tests, while the company continues to develop the world’s largest aviation hydrogen fuel cells.

The decision to build a hybrid plane follows a previously unreported statement from the UK’s Air Accident Investigation Branch (AAIB) into the April 2021 crash of the moonshot project that caught the attention of investors: a smaller fuel-cell and battery-powered prototype near Cranfield Airport.

The AAIB found that the crash near Cranfield airport occurred after the five-seater Piper Malibu lost power when its battery was turned off, leaving the electrical motors powered by the hydrogen fuel cell. The subsequent forced landing severely damaged the plane, although its pilot and passenger escaped injury.

TechCrunch revealed last year that the Piper Malibu relied heavily on batteries, using them throughout what ZeroAvia called an historic first flight of the Malibu in September 2020. The company’s only other flying prototype, another Piper Malibu, was damaged during the installation of a hydrogen fuel tank at ZeroAvia’s U.S. base in Hollister, California in 2019, and has not flown since.

Following the crash at Cranfield, ZeroAvia relocated its UK operation to Kemble airfield in Gloucestershire, which provided financial incentives to the startup. ZeroAvia now has two Dornier 228 aircraft, one at Kemble and one at Hollister. ZeroAvia previously said it would power the Dorniers using a newly developed 600kW hydrogen fuel cell.

ZeroAvia has received over £14 million ($17 million) in grants from the UK government to build its aircraft there, as part of a flagship “Jet Zero” net zero carbon aviation pledge by 2050.

The crash of its smaller prototype ended any chance of ZeroAvia fulfilling a commitment to fly that specific aircraft 300 miles using hydrogen. ZeroAvia received £1.6 million ($2.02 million) to go towards that goal.

ZeroAvia’s latest £8.3 million project in the UK, HyFlyer II, promises to operate a similar 300-mile zero-carbon flight by February next year, powered by the 600kW fuel cell. It is unclear whether the Kemble Dornier will now also be a hybrid.

ZeroAvia declined to answer detailed questions about its progress, and spokesperson Sarah Malpeli told TechCrunch that the company could not comment on the Cranfield crash until the final AAIB report is published later this summer.

The UK funding body, the Aerospace Technology Institute (ATI), provided this statement: “The ATI does not comment on the progress of live projects due to commercial confidentiality. We continue to work closely with ZeroAvia and look forward to the contribution of HyFlyer and HyFlyer II to the understanding and development of zero-carbon emission aircraft technologies in the UK.”

The construction of a hybrid aircraft with a conventional engine is a big change for the company, as ZeroAvia has always called its systems zero emission. As recently as last week, ZeroAvia’s CEO Val Miftakhov told a U.S. House Transportation subcommittee that even a hybrid powertrain using batteries was “too incremental.”

Other companies however, including Airbus, are pursuing hybrid solutions for hydrogen aviation.

There are many challenges to developing a purely hydrogen-powered aircraft, ranging from the storage of fuel, to cooling the system so that it does not overheat during flight. The most advanced hydrogen fuel cell aircraft to date is likely the H2Fly. This four-seat experimental aircraft completed a 124-kilometer flight last month between Stuttgart and Friedrichshafen, at an altitude of over 7,300 feet.

Earlier this year, ZeroAvia released a video showing a “complete propulsion system” mounted on a “HyperTruck” ground vehicle and powering a propeller. That configuration had two fuel cells and a number of batteries, and is likely around one third the size of the system needed for the Dornier to take off. It did not include a conventional engine.

Earlier this year, ZeroAvia received a $350,000 economic development grant from the state of Washington to start work there on a 76-seat De Havilland Dash-8 Q400 aircraft from Alaska Airlines.

The company hasn’t always been successful in landing public money though. ZeroAvia is suing the U.S. government, in a previously unreported case filed at the U.S. Federal Claims court. Most filings in the case are sealed, but it appears to relate to a failed bid by ZeroAvia for a federal contract.

In the immediate aftermath of the crash, ZeroAvia’s path still seemed solely focused on fuel cells.

For instance, the company spent over 23 million Swedish kroner (about $2.2 million) on fuel cells since the accident, according to press releases from PowerCell Sweden AB, the manufacturer of the fuel cell used in the aircraft that crashed. This likely equates to between 10 and 13 100kW fuel cells. ZeroAvia is also evaluating a fuel cell from New York start-up Hyzon.

ZeroAvia does not have an operational aircraft powered by hydrogen. However, the company continues to forge new commercial partnerships and promise evermore ambitious projects and timelines.

Miftakhov, who is at the World Economic Forum in Davos this week, posted a blog that claims the UK-based Dornier plane is “on the verge of flying” and would go into service in 2024.

ZeroAvia claimed this week that the larger Dash would fly by 2026, and announced new plans to convert a regional jet to hydrogen fuel-cell operation “as early as the late 2020s.”