How to restrict libraries in JVM compute platforms 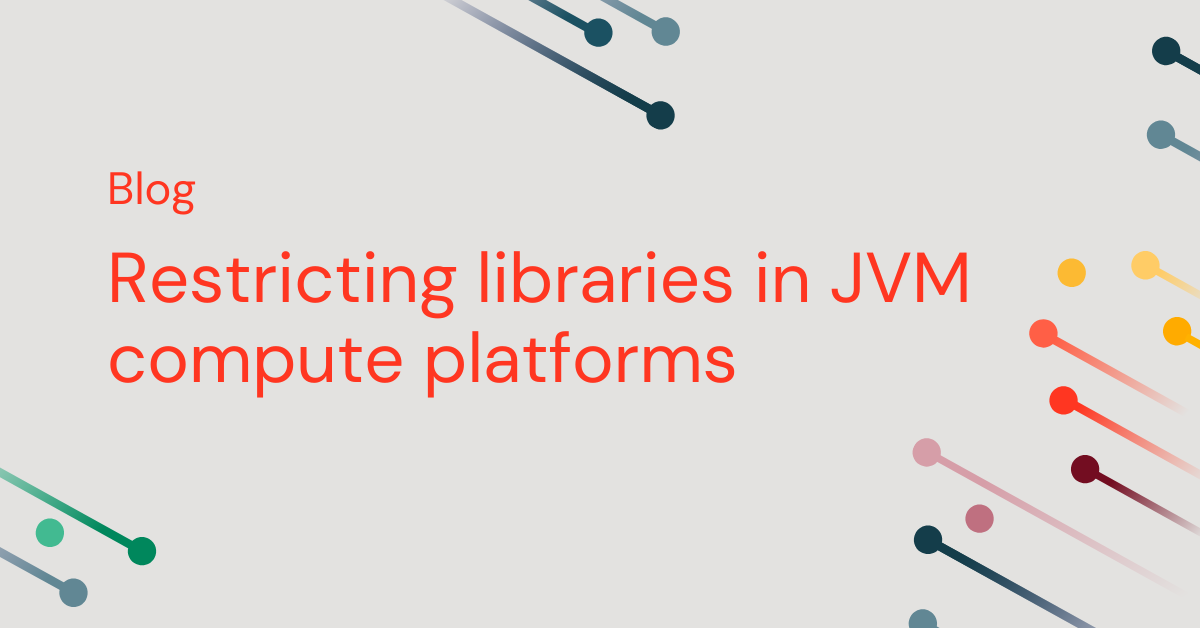 Open source communities have built incredibly useful libraries. They simplify many common development scenarios. Through our open-source projects like Apache Spark, we have learned the challenges of both building projects for everyone and ensuring they work securely. Databricks products benefit from third party libraries and use them to extend existing functionalities. This blog post explores the challenges of using such third party libraries in the Scala and Java languages and proposes solutions to isolate them when needed.

Third-party libraries often provide a wide variety of features. Developers might not be aware of the complexity behind a particular functionality, or know how to disable feature sets easily. In this context, attackers can often leverage unexpected features to gain access to or steal information from a system. For example, a JSON library might use custom tags as a means to inappropriately allow inspecting the contents of local files. Along the same lines, a HTTP library might not think about the risk of local network access or only provide partial restrictions for certain cloud providers.

The security of a third party package goes beyond the code. Open source projects rely on the security of their infrastructure and dependencies. For example, Python and PHP packages were recently compromised to steal AWS keys. Log4j also highlighted the web of dependencies exploited during security vulnerabilities.

Isolation is often a useful tool to mitigate attacks in this area. Note that isolation can help enhance security for defense-in-depth but it is not a replacement for security patching and open-source contributions.

The Databricks security team aims to make secure development simple and straightforward by default. As part of this effort, the team built an isolation framework and integrated it with multiple third party packages. This section explains how it was designed and shares a small part of the implementation. Interested readers can find code samples in this notebook.

The Java SecurityManager allows an application to restrict access to resources or privileges through callbacks in the Java source code. It was originally designed to restrict Java applets in the Java 1.0 version. The open-source community uses it for security monitoring, isolation and diagnostics.

The SecurityManager policies apply globally for the entire application. For third party restrictions, we want security policies to apply only for specific code. Our proposed solution attaches a policy to a specific thread and manages the SecurityManager separately.