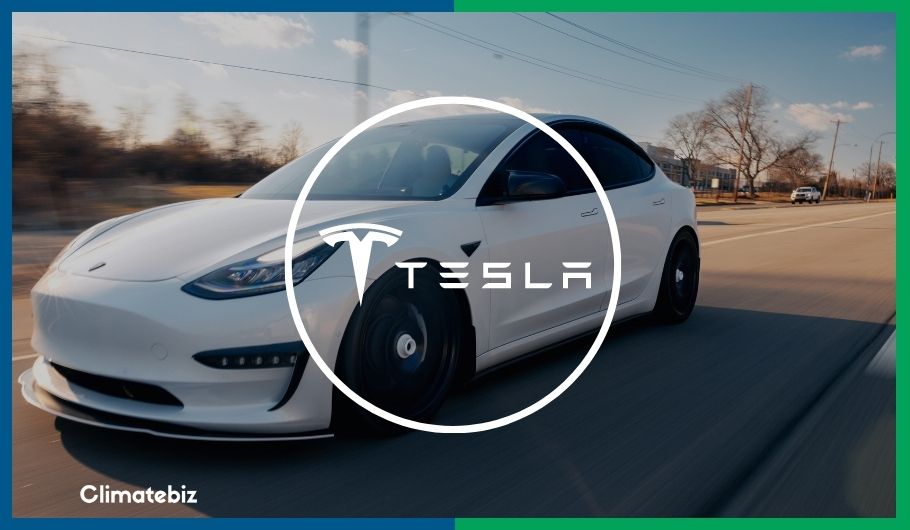 There are many myths about EVs on the internet. No matter where you look, there’s always someone sharing their opinion. With that, one of the hot topics currently is whether the weight of a Tesla will influence its performance.

First off, there are many Tesla models with varying weights — these require further investigation before any claims are made.

Instead of sharing opinions, we’ve rounded up some facts to give you the answers you’re looking for.

How Much Does A Tesla Model S Weigh?

Due to the heavier components such as the battery pack, most Tesla cars consist of lightweight aluminum body frameworks. As a result, they shed 1,100 lbs (500 kgs) just by swapping out the interior panels for lightweight alternatives.

The panels are made from a fiber composite manufactured by Bcomp-natural fiber composite solutions. They have cleverly created a sustainable interior panel that’s lightweight and rigid. The final result is thermoplastic panels called powerRibs™.

In addition, the use of aluminum alloy rims cut down the weight further. These wheels are about 29.6 lbs (13kgs) each and are 21 inches in diameter.

As previously mentioned, the battery pack is the culprit that makes all EVs so heavy. They’re around 1,200 lbs (544 kgs) but change according to the model.

The different battery packs used in the Model S account for the weight difference of 215 lbs (97 kgs).

The plaid option has an additional motor rear axle with a 99.3 kWh lithium-ion battery, whereas the standard model has a battery capacity of 95 kWh.

How Much Does A Tesla Model 3 Weigh?

The Tesla Model 3 has three trim levels: Performance, Long Range AWD, and Rear-Wheel Drive. The weight of these models ranges from 3,862 for the performance model to 4.048 for the rear-wheel model.

The Model 3 is slightly smaller than the Model S, with a 713 lbs (323 kgs) difference (as if the Model S unloaded a fully grown adult Grizzly bear). This difference is primarily due to the Model 3 having a battery pack that’s 15% lighter — 180 lbs (82 Kgs).

The battery is lighter because of the 2170 battery cells used. These cells weigh around 68 grams each. An additional bonus is that they increase the battery energy density by 5%.

How Much Does A Tesla Model Y Weigh?

When it comes to the Tesla Model Y, no revolutionary changes affect its weight. The SUV can seat 7 passengers and weighs 4,398 lbs. That’s 12% lighter than the average midsize SUV. Other SUVs on the market can weigh up to 6000 lbs (2,721 kgs).

We’d say that the Model Y has an excellent lightweight rating compared to other SUVs — considering that it’s an EV.

How Much Does A Tesla Model X Weigh?

Many say that the spare tire adds to its weight — which is true but not by much. The spare tire only adds 35 lbs (15 kgs) to the car’s total weight. That’s no heavier than your average microwave.

How Much Does A Cybertruck Weigh?

While we couldn’t unearth any information on the Cybertruck‘s weight, we were able to find some other stats. These include its size, towing capacity, payload capacity, and horsepower.

Are Teslas Heavier Than Normal Cars?

If we define ‘normal’ cars as ICE cars, then yes. Teslas are considerably heavier. However, they stack up nicely against other electric cars.

The weight difference is due to Tesla’s battery pack, 1,200 lbs. On the other hand, the average eight-cylinder engine weighs around 700 lbs. That’s a 500 lbs difference.

Why Are Tesla Cars So Heavy?

So what makes Tesla cars so heavy? Other than the battery pack, what affects a Tesla’s weight?

First, let’s cover what weight is, then we’ll look at 5 aspects that influence the weight of a Tesla.

What Is Weight And Why Does It Matter?

The laws of physics govern our whole universe — sorry, Tesla, these laws also apply to you; you’re not that special.

For example, every object has a mass. When gravity is applied to this mass, we get weight.

The weight/mass of a car affects how fast the vehicle moves and interacts with different laws of motion. For example, the weight of a car influences how quickly it can accelerate or decelerate when you slam on breaks.

A more significant concern to car owners, especially EV owners, is that heavier cars take more power from the motor. Technically, this means that the weight of your Tesla will influence its mileage. However, most EV manufacturers consider this when designing the motor and battery pack.

What Affects A Tesla’s Weight?

While many factors influence the overall weight of a Tesla, we’ve narrowed it down to 4 factors. These are:

The battery pack supplies power to the electric motor of your EV. However, these can get pretty weighty. For example, the Tesla Model S battery pack accounts for a quarter of its weight.

The defining factor of how heavy the battery pack is depends on how many battery cells are used. The most common cells are Lithium-Ion battery cells. Still, some models use others, like the 2170 battery cells in Tesla Model 3.

The other weight factor of a battery pack is the armor used to protect it. This metal armor absorbs impacts and protects the battery pack from external elements. After all, these are still batteries, and they can catch fire or even explode.

While these components are often overlooked, they do play a part. Some onboard electronics that contribute to the weight are the infotainment system and onboard computers.

Other elements such as the wiring and displays for sensors and cameras add to this weight.

We’ve all seen how luxurious the inside of a Tesla can look — it may have even been your deciding factor. But like everything, these come at the additional weight.

Plush seating, different heating elements, wooden trims, and interior panels might not be the most significant weight factors, but you can’t disregard them.

The suspension and the framework go hand in hand. Due to a heavier framework, the car needs a beefier suspension. Image driving a tractor with smaller wheels — you’d feel every bump.

While we’re not saying an EV weighs as much as a tractor, it definitely needs superior suspension to drive comfortably.

As for the body of the Tesla, the thicker metal is used to make the car more robust. Again, this is for the driver’s safety and to protect the precious battery pack.

Sure, you can say goodbye to gas tanks and exhaust pipes. But these are simply replaced by the hardware to make charging your car possible.

Not only does the car need a charging port, but the onboard computer and internal components for charging the battery. For example, the computer used to charge the battery according to its charging curve.

How Does Weight Affect The Performance Of A Tesla?

Like any car, the total weight will affect the car’s performance. Some aspects include the acceleration and deceleration of the vehicle.

The influence of the car’s weight on its performance is often measured by its power-to-weight ratio. This is calculated by dividing the horsepower by the weight of the car.

The heavier the car, the more power the motor will need to move the car forward or slow it down. That’s why the weight and performance of a car are directly related.

Knowing the different Tesla weights might have shed some light on you concerning performance. Or perhaps their weight was just a fun fact that intrigued you.

As you can see, different models have different weights according to their vehicle class. In addition, Tesla has made sure that its engines can match the weight. So sure, a Tesla might be heavy, but it can be fast as well.

Join our conversations about EVs on our community forum if this topic interests you!