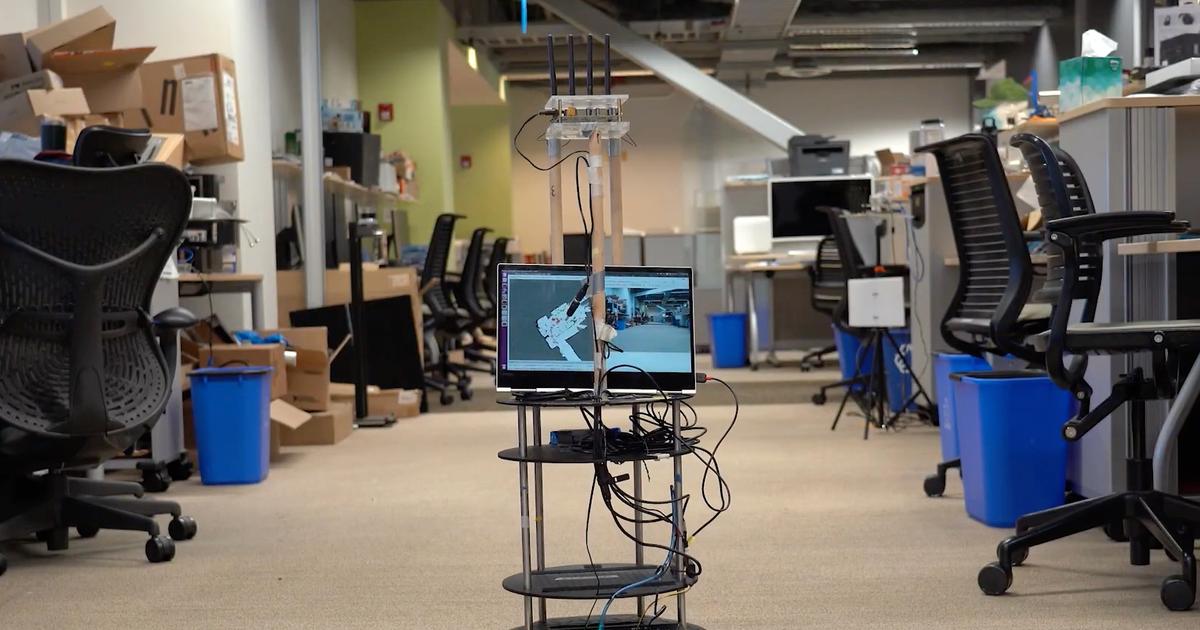 Because GPS doesn’t work indoors, it can be difficult for robots to determine where they are within a structure. A new system could help, by using a building’s existing Wi-Fi access points to guide wheeled or walking robots.

First of all, it is possible for robots to find their way through buildings, although they typically do so using optical cameras or LiDAR sensors to spot known landmarks or special markers. LiDAR modules can be expensive and power-hungry, however, plus cameras may be thwarted by dark or otherwise low-visibility conditions.

With these limitations in mind, scientists at the University of California – San Diego looked to the Wi-Fi access points which are already located throughout most buildings. Here’s how the resulting system works …

Utilizing its own low-cost Wi-Fi transceiver, a robot continuously sends and receives radio signals to and from these points. The return signals that it receives are specific to each access point, coming from a certain angle over a certain distance – the latter is determined by the length of time that elapses between the robot sending a signal, and receiving a response.

By gauging how the angle and distance of each point’s signal changes as the robot moves, an onboard computer is able to determine where the robot currently is, in relation to all of the access points. A camera may still be used, but mainly just for obstacle avoidance or recognition.

The system was tested on one floor of an office building, in which a wheeled robot had to make its away around the floor several times while traversing long, narrow corridors in both bright and dim lighting. It was found that the localization and mapping functions of the technology were in line with those offered by camera and LiDAR-based systems.

“We can use Wi-Fi signals, which are essentially free, to do robust and reliable sensing in visually challenging environments,” said electrical and computer engineering PhD student Aditya Arun. “Wi-Fi sensing could potentially replace expensive LiDARs and complement other low cost sensors such as cameras in these scenarios.”

A paper on the research, which is being led by Prof. Dinesh Bharadia, is being presented this week at the 2022 International Conference on Robotics and Automation (ICRA) in Philadelphia.