ESsense turns an ordinary conductor into a contactless motion sensor 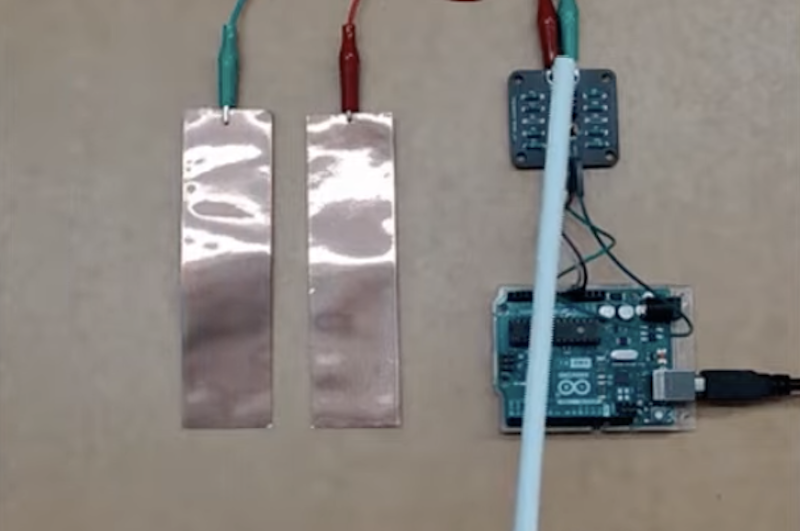 ESsense turns an ordinary conductor into a contactless motion sensor

When imagining motion sensors, devices such as accelerometers, infrared detectors, and LiDAR units probably come to mind. But due to the complexity and oftentimes high costs of these parts, researchers Joseph Liew and Keng Wei Ng from the National University of Singapore wanted to create a lower-cost and easier-to-assemble alternative. Their solution, called ESsense, uses the electrostatic properties of objects to sense motion.

At the core of the product, ESsense relies on a pair of materials and an Arduino. The first material is a dielelectric that carries a static charge, whereas the second is a stationary conductive material such as a copper pad. The movement of the former near the surface of the latter causes a current to be induced, which can then be read by the connected microcontroller. Lower humidity levels are greatly preferred since they allow the air to more effectively transfer a charge, but for higher ones, the team created a small PCB-mounted circuit that boosts the signal via an amplifier.

With the basic sensor now working, the final step was to come up with creative ways to implement contactless motion sensors that use ESsense. One creation involved a pair of gates that detect when an object has gone past both detectors. By subtracting the time difference, speed and direction can be determined. They also designed two basic games that take advantage of the direction-sensing capabilities of the device.

For more information about ESsense, you can watch the team’s CHI ’22 presentation below!