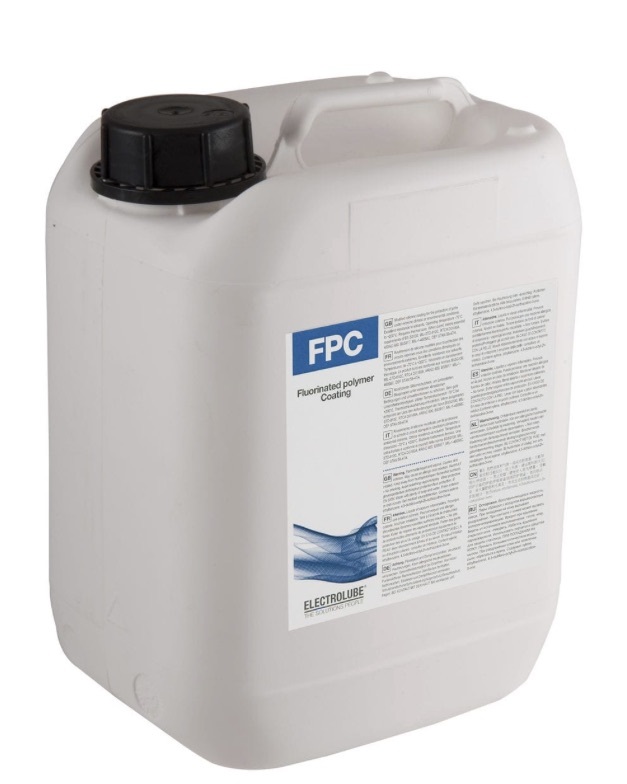 Electrolube, a brand of MacDermid Alpha Electronics Solutions has formulated a Conformal Coating (FPC) specifically to resolve a number of issues experienced by a specific user of surface modifier materials. The product has been received particularly well and has now just been awarded UL94V-0 approval, further advancing the proposition.

The user in question (a large manufacturer of power distribution electronics) initially expressed an interest in Electrolube’s surface modifier materials due to longstanding and unresolved issues relating to coating coverage and connectivity. Their rationale for using a surface modifier coating as opposed to a conventional conformal coating was correct as the combination of required coating thickness (2µm) and very low film strength (abrasion resistance) can facilitate huge processing benefits. Users of surface modifier coatings can completely coat a PCB and connectors without masking as when the male and female contact surfaces are joined, the abrasion forces during insertion should cleanly remove the coating material allowing electrical contact.

The user complained, however, that their experience with surface modifier materials was quite the reverse; the material would not rub off cleanly during insertion creating an additional checking and re-testing process. Inspection of the coating coverage was also very difficult due to the lack of UV trace and the user could not be confident in the integrity of coverage.

With many variations of board shape and design, as well as numerous different connector formats, a fresh approach and coating material were required. Electrolube accepted the challenge to develop a cost-effective material that would also resolve all the technical issues with connectivity and inspection being experienced.

The new, non-flammable fluorinated polymer coating – FPC, was developed and underwent a series of customer tests, including highly stringent salt mist, humidity and mixed corrosive gas testing; all tests were passed successfully. Extensive connectivity testing confirmed noticeable improvements when compared to previous results experienced by the user, while the inclusion of a UV trace meant the boards were now far easier to inspect for coverage. Overall the new FPC coating has resulted in significant cost savings.

The improvements in performance, inspection and cost of Electrolube’s FPC coating, compared with previously used material and the results of machine trials at various companies to confirm compatibility, meant the company was able to simply switch over to FPC as a drop-in replacement.

Robert Crosby-Clarke, Director of Strategic Marketing at Electrolube, comments: “The partnership between ourselves and the customer’s engineering team is a prime example of Electrolube’s dedicated approach to solving problems. With a strong emphasis on both research and collaboration, we are continually developing new products, such as the FPC coating, and always go the extra mile – not just to ensure that the product is right for the job, but to advise and help our customers choose the safest, most appropriate, and economical method of application.”