Driving a robot car with nothing but your voice 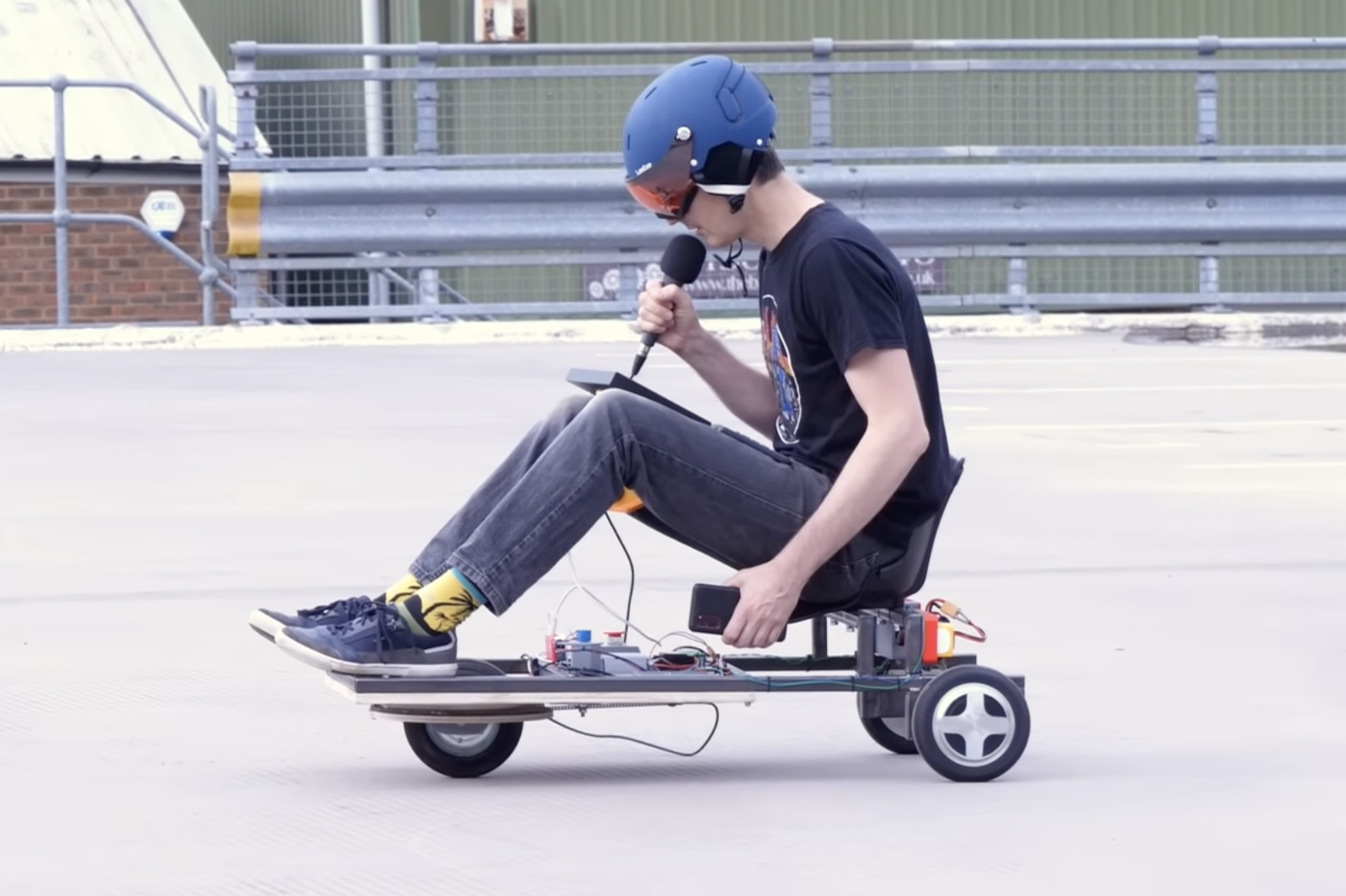 Driving a robot car with nothing but your voice

Traditional control of RC cars and other small vehicles has typically relied on some kind of joystick-based solution, often with one for adjusting direction and the other for speed. But YouTuber James Bruton wanted to do something different: make a rideable go-kart that is entirely driven with one’s voice.

His solution is based around Deepgram’s speech recognition service, which enables users to send small snippets of audio samples up to its cloud via an API and receive replies with a transcript of what was said. As for the kart itself, its chassis was created by first welding together several steel tubes and attaching a based of thick plywood on top. The front cutout allows for a large caster wheel to spin left or right with the aid of a chain driven by a repurposed windshield wiper motor assembly. Absolute positioning of this wheel was achieved by measuring the voltage of a potentiometer that spins along with the chain. And finally, a pair of hub motor wheels, akin to the ones found on hoverboards and scooters, were placed at the rear for propulsion. Each motor was connected to its specific driver, and in turn, were connected to an Arduino Uno.

When the user wishes to move a certain direction or change their speed, they simply have to speak into the accompanying USB microphone that lets a Raspberry Pi receive a transcript and pass a command to the Arduino. As seen in the video below, Bruton’s voice-controlled go-kart is a blast to use, albeit a bit dangerous too.