Dealmaster: Binge The Orville and more with this $1-per-month Hulu deal 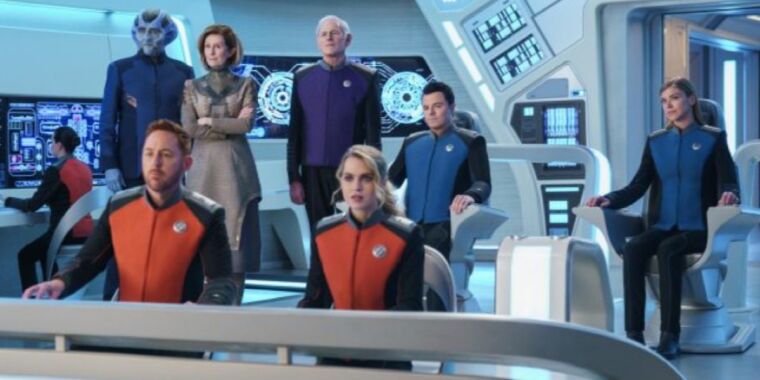 The Dealmaster is back with another wallet-friendly PSA: If you’ve been meaning to watch The Dropout, catch up on What We Do in The Shadows before season four comes out, or check out the upcoming season of The Orville, Hulu is currently offering three months of its ad-supported streaming plan for $3, or $1 per month.

The popular streaming service technically kicked off this promotion last week to celebrate “National Streaming Day“—which, no, we don’t consider a real thing, either—but the offer is still active and will last through May 27. Either way, this is the kind of deal we typically see reserved for holiday season promotions; this past Black Friday, for instance, Hulu offered a full year of service for the same $1-per-month rate.

Like that deal, this offer is only for new Hulu subscribers and anyone who canceled their membership more than a month ago. So sadly, current subscribers can’t take advantage. (This does mean the Dealmaster’s serial canceling has paid off, however.) After the three-month promotional period, you’ll be charged the plan’s regular $7 per month if you choose not to cancel. This deal is for the ad-supported version of the service, which is annoying, but the ads might be a little more palatable given the discounted rate. Also note that this plan allows for up to two simultaneous streaming sessions, which is the limit for all of Hulu’s plans unless you pay an extra $10 per month for unlimited screens.

In general, three months should be plenty of time to catch up on older shows or dive into a new series. Even with the ever-fragmenting nature of streaming content, Hulu has a fairly strong lineup of old media and new, including shows, movies, and documentaries from across major networks. The service can also be bundled with fellow Disney-owned services ESPN+ and Disney+ for $14 per month or an additional $7 or $3, respectively (though Hulu says doing so here will negate the discounted price). You can find a fuller list of what’s available on the service here.

As for more specific suggestions, The Orville: New Horizons is set to start airing new episodes exclusively on Hulu starting on June 2. It’s a popular one among Arsians, and it will be debuting the first episodes since COVID halted the show’s production in 2020. Ars’ Jennifer Oullette wrote the following about the last season: “This is a smart series that combines humor and witty dialogue with cutting-edge science, ethical musings, the occasional literary reference, and genuine heart.”

For a more straightforward comedy, What We Do in The Shadows is another Ars favorite airing new episodes this summer, starting on July 12. The Emmy-nominated show also holds the distinction of being included in a past Ars “best TV shows” list. In fact, Hulu as a whole made our 2020 list for housing other quality comedies like Ramy and PEN15, as well as a growing catalog of established series that debuted new seasons on Hulu, such as Fargo. The murder-mystery comedy Only Murders in the Building made our 2021 list, meanwhile, and this year has seen the service launch talked-about originals like Pam & Tommy and the Theranos-focused miniseries The Dropout.

The offer comes amid cooling subscriber growth for Hulu as a whole. The service had 45.6 million paying subscribers as of April 2, according to Disney’s latest quarterly results—that was good for a 10 percent increase year-over-year but only included 300,000 added subscribers during the most recent quarter, a large drop from that point last year.

Ars Technica may earn compensation for sales from links on this post through affiliate programs.