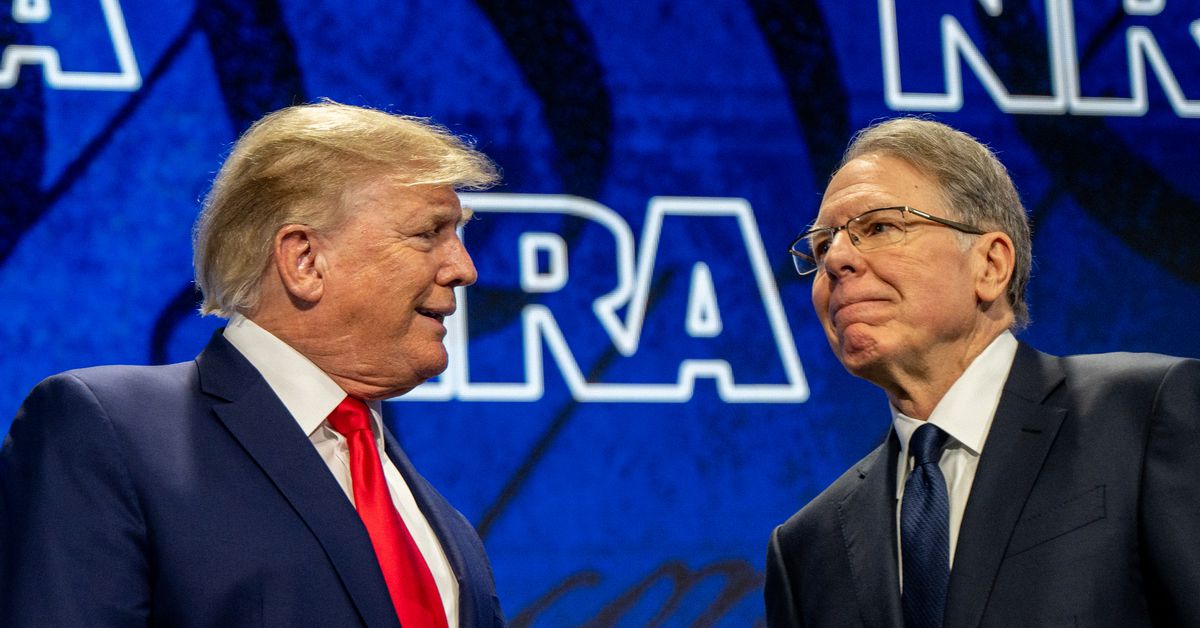 “The rate of gun ownership hasn’t changed. And yet acts of evil like we saw this week are on the rise,” Texas Sen. Ted Cruz told crowds at the National Rifle Association’s convention in Houston this week. Cruz’s claim about stagnant gun ownership, which is factually misleading, is among the trove of inaccurate claims made by Republican officials at the NRA’s annual gathering this year, making clear that the string of mass shootings in recent weeks has not influenced their pro-gun convictions, in spite of several slated speakers pulling their participation.

The NRA kicked off its annual convention — featuring firearms exhibitions and speaking appearances from pro-gun Republican officials — on Thursday, only days after a gunman killed 19 school children and two teachers at an elementary school in Uvalde. The group’s decision to go ahead with its yearly gathering drew thousands of protesters outside of the convention’s venue.

Texas governor hopeful Beto O’Rourke, the former Democratic presidential candidate who confronted current Texas Governor, Greg Abbott, over the school shooting at a press conference this week, was among the protesters.

An estimated 4,000 protesters showed up outside of Houston’s George R. Brown Convention Center on Friday when ex-President Donald Trump and a string of high-profile Republican officials — including Texas Sen. Ted Cruz and South Dakota Gov. Kristi Noem — were expected to speak at the gun-lobbying event.

At Discovery Green across the George R. Brown Convention Center in Houston where people have gathered to protest the NRA’s annual convention set to take place there following the Robb Elementary School schooting in Uvalde, Texas earlier this week. pic.twitter.com/YsVBI8qnOX

“While a strong supporter of the Second Amendment and an NRA member, I would not want my appearance today to bring any additional pain or grief to the families and all those suffering in Uvalde,” Texas Lt. Gov. Dan Patrick said in a statement posted on Twitter.

Gov. Abbott, who was scheduled to speak at the convention’s marquee “Leadership Forum,” opted instead to address attendees through a pre-recorded message. Sen. John Cornyn and Rep. Dan Crenshaw — both Texas Republicans — also backed out of the NRA gathering citing scheduling conflicts.

Despite the controversy surrounding its gathering, NRA leadership and its supporters remained steadfast in their pro-gun stance, even as the public calls for stricter gun laws.

In his opening remarks, NRA chief executive Wayne LaPierre acknowledged the “21 beautiful lives ruthlessly and indiscriminately extinguished by a criminal monster” while still arguing that “restricting the fundamental human rights of law-abiding Americans to defend themselves is not the answer.”

Trump mocked Republicans who pulled out of the NRA convention

This year’s four-day event — the first NRA convention since the annual gathering’s prior postponements due to the pandemic — featured a line-up of high-profile speakers from the Republican party railing against public calls for tougher gun laws.

“Tragedies like the event of this week are a mirror forcing us to ask hard questions, demanding that we see where our culture is failing,” Cruz said. “We must not react to evil and tragedy by abandoning the Constitution or infringing on the rights of our law-abiding citizens.”

Trump’s speech, meanwhile, was peppered with the typical jabs and gimmicks that colored his presidency. Firearms and other lethal weapons were banned from the general hall assembly during Trump’s speech, based on security protocols from the US Secret Service.

Trump began his speech by mocking Republican officials for pulling out of the event.

“Unlike some others, I didn’t disappoint you by not showing up today,” Trump told the crowd. He then read out the names of the Uvalde shooting victims — each followed by a gong sound.

During his appearance, Trump invited Jack Wilson, a man who had stopped a shooting at a Texas church in 2019, to join him on stage. Wilson said he “didn’t kill — I took out evil” and praised Trump, saying “you’re still our president.”

The doubling-down on rhetoric about protecting the public’s right to bear arms by NRA leadership and its supporters, even as another group of schoolchildren is massacred by an assault weapon-wielding gunman, is part of a historical trend in the US response to mass shootings, as reported by Vox.

In 2020, a study in the Journal of Public Economics found that state-level responses following mass shootings heavily tilted toward loosening, not tightening, gun regulations.

As the authors wrote: “In states with Republican-controlled legislatures, a mass shooting roughly doubles the number of laws enacted that loosen gun restrictions in the year following the incident. We find no significant effect of mass shootings on laws enacted when there is a Democrat-controlled legislature.” The researchers also noted no significant effect on the number of tighter gun laws, meaning the country’s frequent mass shootings did little in the way of broadly spurring better gun control laws.

Controversy over the gathering is the latest to hit the NRA

The NRA has been one of the most influential lobbying groups in the US for decades. During the 1970s, the organization evolved from its original purpose as a gun safety advocacy group into a guns-first lobbying force. Since then, in order to maintain influence, the NRA has pushed legislation to slow down gun violence-related research and increase accessibility to gun ownership.

At the same time, the NRA has weathered increasing instability, brought on by factors both internal and external. A power struggle began to foment inside the organization in 2019 after then-NRA president Oliver North accused current CEO Wayne LaPierre of money embezzlement. Although the NRA continued to secure the support of conservative lawmakers in pushing its legislative agenda, internal discord fractured the group.

In spite of legislative wins, the NRA has experienced a massive loss of income in recent years. In 2018, The Daily Beast reported the NRA experienced a $55 million decline in income, based on its tax records from the year prior. The organization also recorded a decline of about 22 percent in membership dues that same year. More recently, between 2016 to 2020, the NRA’s revenue dropped 23 percent from roughly $367 million to $282 million, according to CBS News. Additionally, contributions from its members and private companies have slipped 15 percent during that same period.

Beyond its internal woes, the NRA has also faced litigation. In August 2020, New York Attorney General Letitia James filed a lawsuit to dissolve the organization completely based on alleged mishandling of the nonprofit group’s finances by its executives. A judge blocked New York’s lawsuit to disband the NRA but ruled to allow the AG’s complaint over alleged illegal financial activities by NRA leadership to continue.

Separate from the NRA’s battles to maintain its influence, public opinion among Americans has shifted to becoming friendlier toward gun control proposals. Although opinions around gun law reforms have fluctuated in recent years, overall polls show a growing number of Americans support tougher gun laws.

I’m a gun owner, and a hunting guide, and a combat veteran. I also believe @NRA is one of the most irresponsible and destructive lobbies in America. This culture of make-believe special operators, supported by politicians, is insane. #GunOwnersForSafety

Additionally, 84 percent of respondents stated they would support “preventing sales of all firearms” to people flagged as “dangerous” to law enforcement by mental health providers.

The overwhelming public support for better gun control laws shouldn’t come as a surprise after decades of repeated mass shootings in the US. As this interactive data map by Vox shows, as of July 2020, over 2,600 more mass shootings have happened in the decade since the Sandy Hook school shooting.

Still, despite overwhelming public support for stricter gun control regulations, pro-gun lawmakers appear unmoved in shifting toward gun law reforms, likely due to the millions of dollars worth of campaign donations from the NRA. According to Brady, one of the country’s largest gun violence prevention groups, the NRA spent $3.2 million toward campaign contributions for pro-gun lawmakers in 2019 and $2.2 million in campaign donations in 2020.

Despite setbacks the group has endured, some believe the NRA’s biggest legacy will outlast the organization itself, and that will likely continue to prevent any meaningful progress on the country’s gun reforms.

“Ultimately, the NRA is a profoundly weaker and more divided organization than it once was,” wrote Frank Smyth, an investigative journalist and author of the 2020 book The NRA: The Unauthorized History, for Politico. “But its legacy, even if it fails to survive, will be the culture and ideology of gun rights it helped cultivate, and that is a potent thing for many conservative voters and the Republican politicians who chase them.”