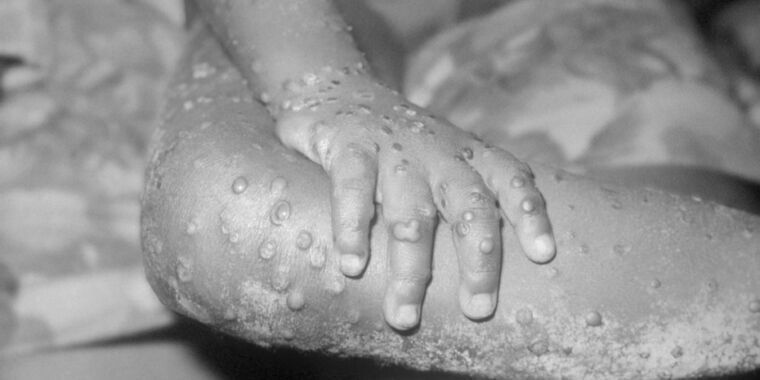 Monkeypox is presumed to have spread within the US, and nine cases have now been identified in seven states, according to the director of the Centers for Disease Control and Prevention, Rochelle Walensky.

In a press briefing Thursday, Walensky said the nine cases were from Massachusetts, New York, Florida, Utah, Washington, California, and Virginia. Most of the nine cases had recent international travel to areas with active monkeypox cases, but not all.

“We need to presume that there is some community spread,” Walensky said. “But there is active contact tracing that is happening right now to understand whether and how these cases might have been in contact with each other or with others in other countries.”

On Monday, the CDC reported five cases (one confirmed and four probable) from four states, and all of the cases were reported to have recent travel history. Health experts expect more cases will be identified as awareness of the infection grows and health officials trace contacts of known cases.

As before, almost all of the nine cases are in men who identify as gay, bisexual, or are men who have sex with men, mirroring what health officials elsewhere are seeing amid the current multinational outbreak.

“This is a community that has the strength and has demonstrated the ability to address challenges to their health by focusing on compassion and science,” Walensky said, referencing the response to the AIDS epidemic.

Walensky emphasized that the response to the current outbreak should be “guided by science, not by stigma.” Although some groups may be at higher risk of infection, the virus infects indiscriminately. Infectious diseases are “not contained within social networks, and the risk of exposure is not limited to any one particular group,” she said. The case in Virginia, for instance, is in a woman who recently traveled to an African country.

The relatively small number of cases in the US are linked to a growing outbreak affecting over 20 countries, most of which are in Europe. Unofficial tallies include 320 confirmed cases and an additional 73 suspected cases worldwide.

Still, health experts essentially see the risk of monkeypox to the general population as very low. The virus is not easily spread among people, requiring prolonged, close contact to transmit. As such, family members of infected people and health workers who care for them are most at risk. There are also effective antiviral treatments and vaccines available to fight monkeypox. Health officials in the US are offering those options to healthcare workers and other contacts of the known cases. Treatments and vaccines have already been used in California, Florida, and Massachusetts, CDC officials said Thursday.