Can We Recycle Electronics Without Smelting? 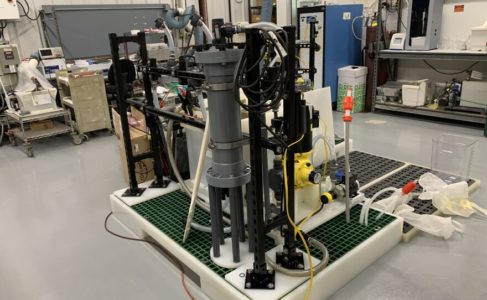 If E-waste is recycled, it is usually smelted, with the plastic and ceramics melting away to reveal the recoverable metals. Metal components in modern devices are valuable, costing roughly $25,000 per tonne, but recycling them is complex and expensive.

Smelting e-waste is not done in the United States because it consumes a lot of energy and emits a lot of pollution; permits and mitigation alone are prohibitively expensive. “We’re basically just offshoring our waste at this point,” said Tedd Lister. He’s a research scientist at Idaho National Laboratory (INL).

Lister hypothesised a decade ago that electrochemistry, or the use of electricity to initiate a reaction between elements, could be used to recover valuable metals from e-waste without the use of fossil fuels or the emissions associated with smelting. The first step is to mill e-waste into a coarse powder, similar to Panko bread crumbs in texture.

“It’s really hard to go after the precious metals in one step because all these other metals that are easier to dissolve are in the way,” Lister explained. “And so any kind of hydromet process really has to react to all the copper in getting to the gold.” The E-RECOV (Electrochemical Recycling Electronic Constituents of Value) process, which uses electric current to recycle the chemical combination, can complete the job in numerous steps.

“The efficiency of the process is approximately 90-100%, meaning that the electrons that are put in are doing the job that we want them to do,” Lister explained. Louis Diaz works at INL as an electrochemical engineer. For the past seven years, he has been working on the project. “We can actually reduce over 80% of the total associated emissions of equivalent CO2 versus traditional hydrometallurgical processes,” he said. “There are chemicals in there. There is acid. Of course, you have the smell of acid, but it’s not strong. You don’t have a lot of gaseous emissions.”

Last year, an Ohio business scaled up a tabletop prototype developed at INL capable of processing up to 2 pounds of e-waste per day to about the size of an SUV. One of the concerns, according to Diaz, was that the procedure could produce chlorine gas, which did not occur. As the research was ramped up, another problem was ensuring that the flow of chemicals via electrochemical cells didn’t start defaulting to a preferred path, known as channelling, which could throw the entire reaction out of balance.

“That’s what was important in the first test that we did back in Ohio,” Diaz said. “Seeing that the electrolyzer was working without having these hydrodynamic issues.” “At the same time you realize that you just made a big step, but you are not at the finish line yet,” Lister said.

Quantum Ventura, a California-based firm, will take the next step. They plan to scale up the current model three or four times in order to make it acceptable for an industrial-scale facility, and have sought for more SBIR funding to accomplish so.