Can IoT Prevent Another Destructive Wildfire Season in 2022? 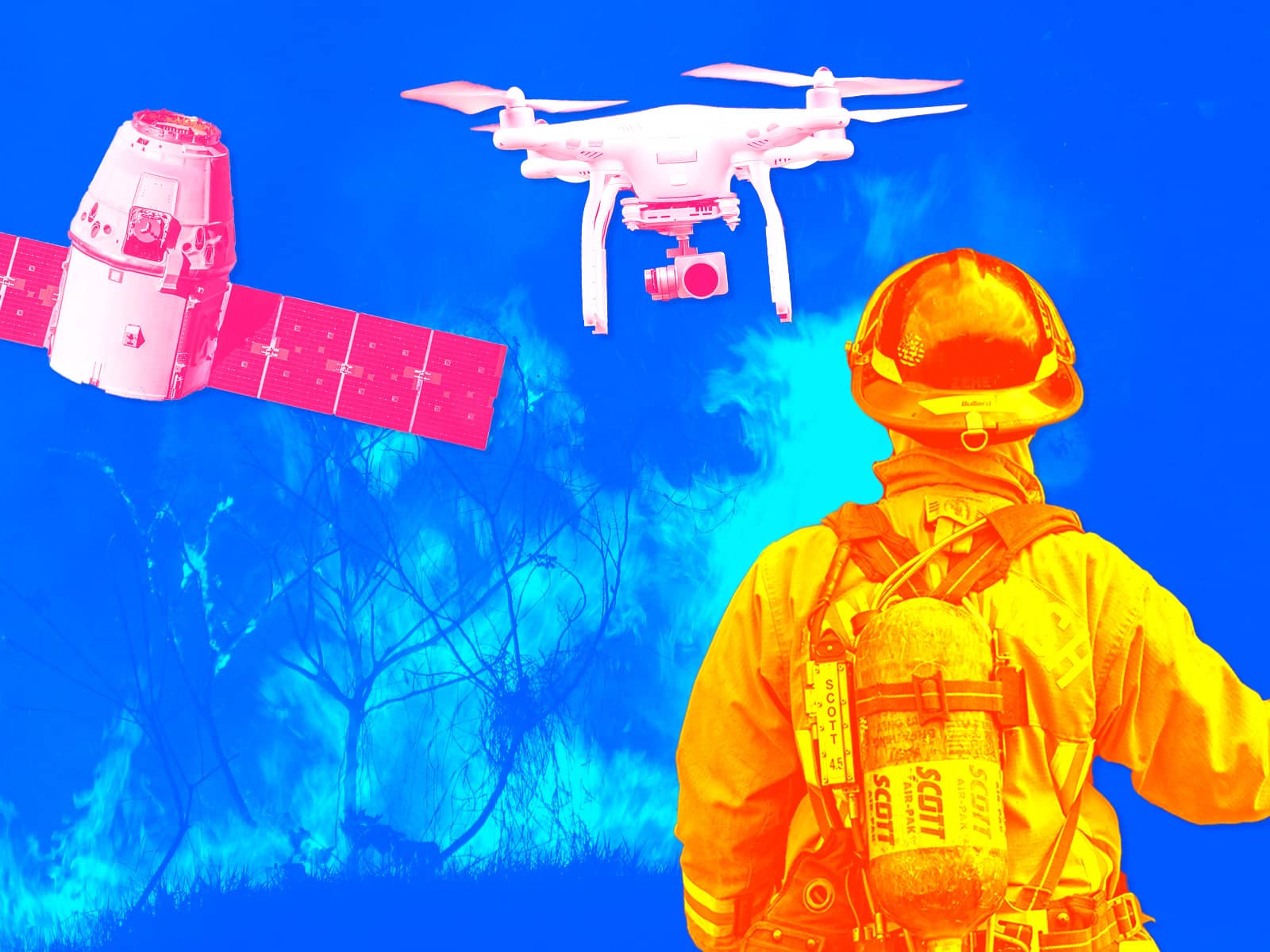 Wildfire season is starting sooner and ending later, as the impact of climate change creates the ideal conditions for fires to spread. Although wildfires are a known natural phenomenon, the frequency and severity of these disasters have increased dramatically in recent years. According to data from the National Interagency Fire Center, fires scorched double the amount of earth in the United States between 2000-2020 than in the preceding two decades.

In 2021 alone, there were 58,985 wildfires that burned 7,125,643 acres across the United States. California accounted for the highest number of structures lost in a single state: 2,031 residences, 196 commercial/mixed residential structures, and 1,136 minor structures.

This increased threat has motivated local governments and companies to research and invest in smart technologies that identify and contain fires before they become full-scale disasters. Many of these connected solutions leverage LTE/5G, LoRaWAN, Artificial intelligence (AI), and Internet of Things (IoT) technologies to help address this rapidly growing problem. But how specifically can governments, businesses, individuals, and communities utilize technology to predict and prevent these disasters? Below, we offer three examples of IoT wildfire prevention and connected solutions that sit on the frontlines of this fight.

IoT sensors can be used to help identify and manage wildfires by detecting CO2, oxygen, humidity, moisture, and temperature levels. In particular, heat-proof sensors can communicate where a fire initially begins, how intense it is, and its spreading patterns.

Remote IoT sensors collect this data, reporting fire conditions back to first-line responders and communities. Minimal energy usage and long battery life is one of the keys to success for devices and associated sensors deployed in forests and other remote areas. Given that most fires occur in rural and remote locations where the internet is not readily available, cellular-enabled sensors and LoRaWAN mesh networks with cellular backhaul ensure sensor data is transmitted over the internet. Data from these sensors help support key decisions and strategic approaches to firefighting efforts.

This “fire season” we seem to get every year also has negative impacts on air quality that adversely impact peoples’ health. Measuring air quality with sensors is critical, and states such as Washington have enacted regulations related to moving workers indoors if air quality hits a certain threshold.

Artificial intelligence is also being used to identify the likelihood of fire outbreaks in a given area, as well as report the exact GPS coordinates of a fire. AI solutions can process data in real-time, providing firefighters with information including smoke levels, flames direction, and how fires will burn once they are ignited.

Drones are changing the world of firefighting by providing real-time data on the topography of an area, visual pictures and videos, heat signatures, and fire hotspots. Equipped with this information, firefighters can make intelligent decisions based on data – saving lives, economies, communities, and ecosystems in the process.

Drones are also revolutionizing firefighter safety, as they can inform which direction a crew should move and where it is safe to go, keeping firefighters safe and out of dangerous areas.

Leveraging a network of connected, ultra-high-definition cameras continuously rotating atop high vantage points allows companies like California-based Pano AI to pinpoint new fires earlier so they can be contained. New camera technology will help speed up response times by empowering detection specialists with enhanced visual equipment and rapid data analysis, supported by AI. Enhanced situational awareness is achieved through a single, unified view of ultra-high-definition cameras, geo-satellite data, field sensors, legacy cameras, emergency alerts, and other data feeds — as well as the ability to share everything in real-time with an extended team.

Today, firefighters and first responders can leverage information to help limit the impact of environmental disasters. However, governments, businesses, and communities must invest in these technologies to predict and prevent wildfires from becoming uncontainable. Anyone who lives on the West Coast knows how destructive wildfire season has become – but there is hope that LTE/5G, LoRaWAN, AI, and IoT technologies can slow down and prevent the devastation of future wildfire seasons.