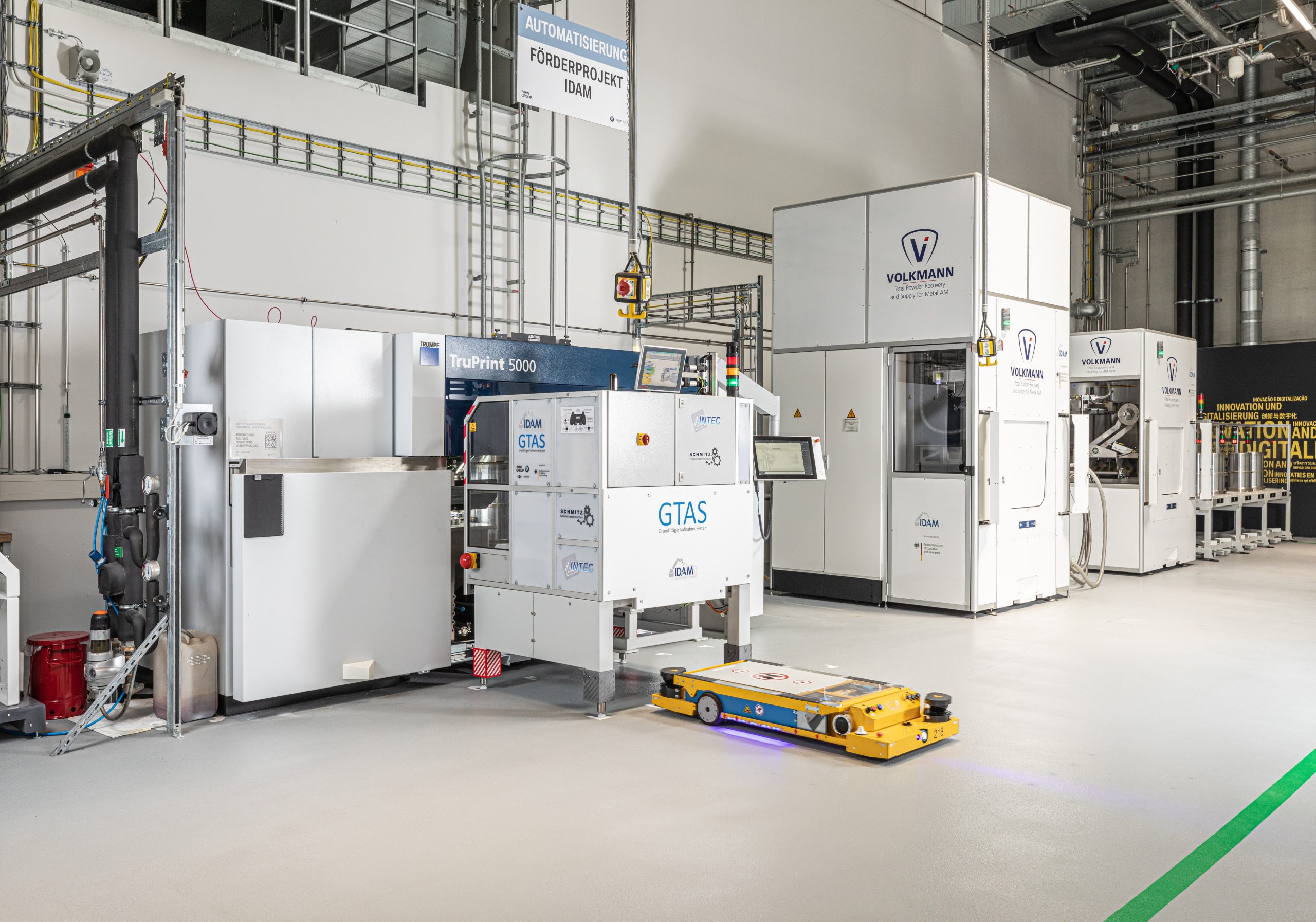 Multinational automotive manufacturer BMW has announced the success of its Industrialisation and Digitalisation of Additive Manufacturing or ‘IDAM’ project.

Launched three years ago, the initiative has seen BMW and its partners establish two digitally-connected automotive 3D printing production lines. One located at material developer GKN Powder Metallurgy’s base in Bonn, and the other in Munich, these manufacturing suites are now capable of churning out around 50,000 parts per year, while operating independently without needing manual inputs.

“From the very first day of the project, you could feel the team spirit among the partners,” said Felix Haeckel, consortium leader and BMW Group project manager. “Learning from one another, developing innovative solutions together and making the best use of each partner’s individual strengths – those were key to successful industrialization and digitalization of additive manufacturing.”

Due to the competitive nature of the automotive market, manufacturers there aren’t always keen to publicize their 3D printing success stories, but BMW is something of an exception to this rule. The firm has announced the technology’s application in both blue-sky innovation projects and the creation of parts, including 3D printed brake calipers for the M850i Night Sky, and 3D printed parts for its S58 engine.

BMW continues to invest heavily in its additive manufacturing capabilities, first turning to innovatiQ 3D printing for prototyping applications, before opening a dedicated €15 million 3D printing campus in July 2020. Fitted with fifty polymer and metal systems, the facility is said to house around 50% of the company’s 3D printing capacity, allowing it to serve as a hub of automotive design innovation.

The car manufacturer has also made a number of investments in the technology via its BMW i Ventures division, which provided seed funding to Rapid Liquid Print just last year. The promising 3D printing start-up has exclusively licensed a gel-dispensing process from MIT’s Self-Assembly Lab, that’s said to have the potential to replace injection molding in the high-volume production of identical parts.

With the aim of using its growing printing portfolio to enter serial production, BMW launched the IDAM project in 2019. A successor to the “Integration of Additive Manufacturing Processes in Automobile Series Production” initiative, the also-German Federal Ministry of Education and Research-backed program has seen production lines set up at both GKN’s Bonn base and BMW’s AM Campus.

From the outset, BMW and its eleven project partners have sought to establish a more efficient 3D printing alternative to mold production, that also unlocks new levels of part customization. When the program began, it was thought that this revised workflow could enable a dramatic reduction in manual activities along the process chain from 35% down to 5%, yielding a metal part cost reduction of 50%.

With BMW now labeling the initiative a success, it appears that some of these lofty goals have been met. According to the firm, IDAM’s contributors have managed to fit the two Laser Powder Bed Fusion (LPBF)-powered production lines with fully-automated driverless transport systems. These carry 3D printers’ mobile build chambers between modules, while being orchestrated by a central control unit.

By doing so, BMW and its partners have established a workflow in which production data can be consolidated to ensure maximum productivity and quality. In practice, this process is said to have allowed for the realization of ‘innovative concepts,’ quality inspected in real-time via built-in cameras and automatically post-processed, in a way that ensures the end-use suitability of resulting parts.

As impressive as BMW’s feat of industrialized 3D printing is, the Germany-based firm is far from the only car manufacturer to have embraced the technology at scale. Speaking to 3D Printing Industry ahead of AMUG 2022, Ellen Lee revealed that Ford deploys 3D printing extensively, in the creation of mock-ups, jigs, fixtures and even end-use parts.

In April 2021, Audi also announced that it had begun using fully-3D printed hot form tooling at its Ingolstadt Metal 3D Printing Centre. Through the wider adoption of EOS’ technologies, the firm says it’s now able to produce 12 different segments of four hot forming tools at the complex, which are later used to assemble car models such as the A4 saloon.

Elsewhere, Groupe Renault says that it intends to integrate 3D printing into its upcoming sustainable automotive ‘Re-Factory’ as well. The facility, which will feature a dedicated spare part additive manufacturing service, will primarily focus on reducing waste by recycling and retrofitting vehicles, with the aim of helping the manufacturer achieve its goal of having a ‘negative carbon balance’ by 2030.