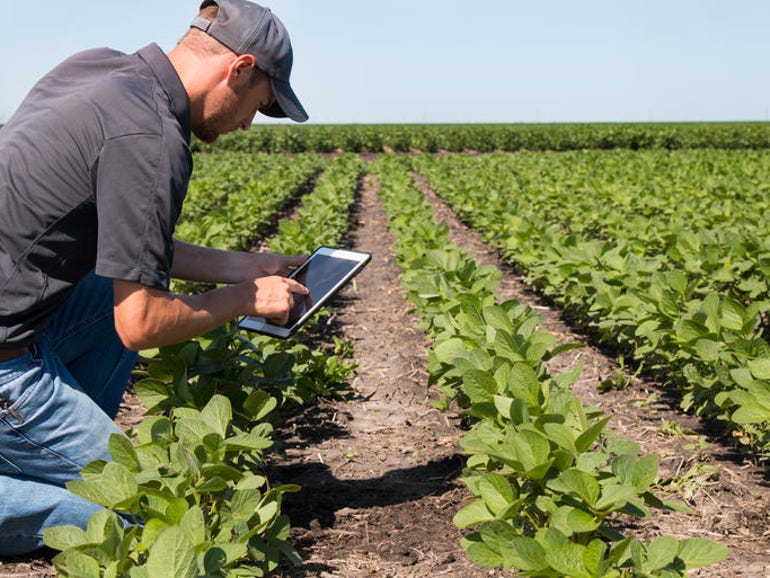 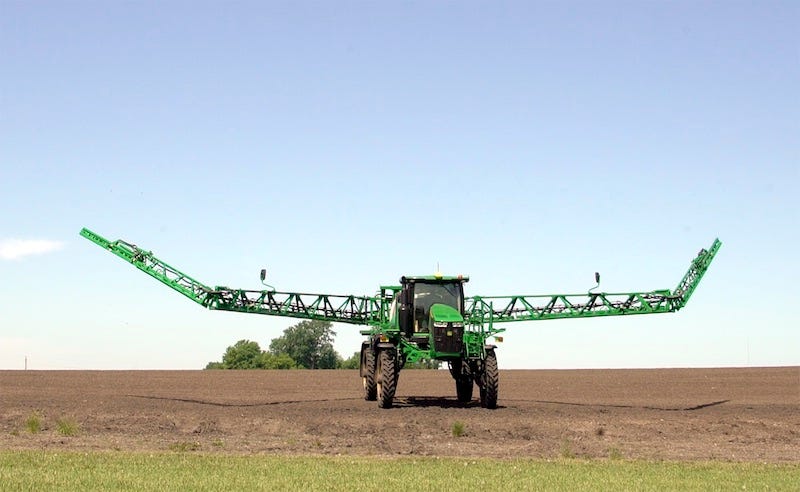 What could Unilever and Vandana Shiva possibly have in common? Unilever is one of the 10 companies controlling almost every large food and beverage brand in the world. Shiva is a world-renowned environmental leader and recipient of the 1993 Alternative Nobel Peace Prize (the Right Livelihood Award).

Shiva has a history of actively opposing the commodification and appropriation of natural resources for the benefit of corporate interests. Unilever is at the heart of the international corporate web.

There has to be something about regenerative agriculture. Let’s take a look at what it is and why it’s important, what the data tells us about it, and how analytics and AI may help going forward.

Conventional agriculture is part of the problem

The equation “Healthy Soil = Healthy Food = Healthy People” is attributed to J.I. Rodale. Rodale was an entrepreneur from New York City who struggled with health problems all his life. In 1940, he bought a rundown farm in Pennsylvania and began to experiment with a way of growing food without chemicals that he coined “organic.” There, he founded the Soil and Health Foundation in 1947, which today is known as the Rodale Institute.

According to the Rodale Institute, Robert Rodale, J.I. Rodale’s son, coined the term “regenerative organic” to distinguish a kind of farming that goes beyond sustainable. Regenerative agriculture is about going beyond sustainability — not only maintaining resources, but improving them. That may seem like a tall order in a world where even sustainability pledges are not being met. However, it is essential for a number of reasons.

According to the Food and Agriculture Organization (FAO), about a third of the world’s soil has already been degraded. Unless new approaches are adopted, the global amount of arable and productive land per person in 2050 will be only a quarter of the level in 1960, the FAO reported, due to growing populations and soil degradation.

Experts identify the causes of soil destruction to include chemical-heavy farming techniques, deforestation which increases erosion, and global warming. Herein lies a paradox: Populations depend on agriculture for food, but the agricultural practices applied lead to soil destruction, which leads to food insecurity.

In 2014, estimates were that 30 soccer fields of soil were lost every minute, mostly due to intensive farming. That trend does not seem to have been reversed — on the contrary. Add to this the COVID-induced supply chain disruption, and the impact of the war in Ukraine and related sanctions are expected to have on agricultural supply, chemical fertilizers and pest-control substance availability, and you begin to get the picture.

But that’s not all. Soils play a key role in absorbing carbon and filtering water, which seems more fitting and efficient compared to attempts at technological solutions. Soil destruction creates a vicious cycle, in which less carbon is stored, the world gets hotter, and the land is further degraded. If current rates of degradation continue, all of the world’s top soil could be gone within 60 years, according to FAO estimates.

More: Self-driving robots key to future of our food

The principles of regenerative agriculture

If addressing issues such as food security and climate change does not mean much to you, then how about improved financial outcomes? Research indicates that regenerative agriculture has the potential to improve soil health, restore biodiversity, contribute to farm profitability, reduce pollution from agrichemicals, and improve resilience.

Mitchell Hora would attest to that. Hora is a seventh-generation farmer, whose family has been farming some 700 acres of corn, soybeans, and rye in Iowa for the last 150 years. Hora is also the founder of soil health and data company Continuum Ag, which he claims can help farmers save more than $100 per acre.

The Future of Food

“We are helping farmers to implement regenerative agriculture systems at scale, and be risk-averse in doing so. Making sure that they don’t screw things up, they don’t lose yield, they don’t lose money, and they have the resources they need to be successful and to improve their profitability.

By implementing regenerative agriculture systems, we can create a lot of really positive environmental outcomes as well, like improving our carbon footprint, improving our water quality impact, and mitigating flooding,” Hora said.

First, minimize disturbance of the soil. Minimize the application of chemicals, and minimize tillage to maintain armor on the soil. Second, keeping the crop residue to maintain soil moisture and protect against erosion. The third principle is maintaining living roots.

Hora offered the example of corn crops. Corn is planted in April or May, and then it’s harvested in September, October, maybe November. In the period from October till the next April, typically there’s nothing growing in those fields, as they are laying bare. In regenerative agriculture the idea is to have cover crops at all times, potentially integrating perennial crops too.

The fourth regenerative agriculture principle is fostering diversity instead of monocultures: instead of growing only corn or only soybeans or only wheat, try to get more diverse crops growing throughout the season and over time.

The fifth principle is to integrate livestock. This mimics the natural prairie and the buffalo, by having livestock deposit organic matter to stimulate biological activity. Last but not least, Hora said, the sixth principle is that all of these practices and all of these systems need to be integrated into the proper context — it’s not a one size fits all.

More: A lesson from AgTech: How Bushel is digitizing farming without disrupting it

This is quite a departure from conventional agriculture; Hora claims it can lead to a 25% to 50% reduction in the need for fertilizer. Plus, the quality of the product with regenerative agriculture is significantly better, as protein and the other quality metrics in the crop are improved.

“It’s just mimicking Mother Nature. It’s just getting back to balance, because in our current agricultural system, we’ve really thrown off the balance. We’ve over-applied fertilizer, and that throws things on whack and causes issues like water quality problems.

We’ve done too much tillage, which incorporates too much oxygen into the soil and overstimulates the microbes, and then they burn up the carbon that is there. They eat it and they respire it back out, and we lose a lot of that carbon, a lot of that organic matter. That’s why agriculture today is actually 12% of the US carbon footprint and about 15% of the global carbon footprint.

And a lot of that comes because most farms are utilizing tillage and that releases too much carbon. If you don’t have a living plant out there to capture that carbon, it goes up into the atmosphere, it causes issues. And so we’re able to better capture that CO2 and cycle it. Because carbon is actually the most needed element to produce a crop,” Hora said. 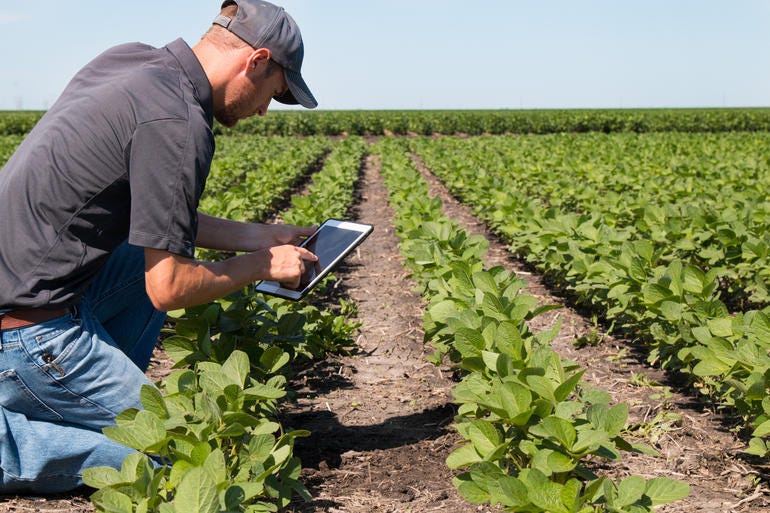 We asked Hora for his take on specific metrics to quantify the impact of regenerative agriculture. That’s the ultimate question, but one for which a solid answer does not really exist at this point, Hora said. There’s no industry standard for defining soil health, although the principles Hora laid out seem to converge with Unilever’s approach.

Many companies are looking to quantify regenerative outcomes, and especially to quantify carbon footprint. Hora thinks a good place to start is to quantify more basic metrics coming from the soil. Step number one is quantifying biological activity, which can be done by measuring the amount of soil respiration and measure the CO2 that’s coming out of the soil:

“Microbes essentially utilize oxygen through their respiration process, kind of breathe in oxygen just like we do, and they breathe out CO2 just like we do. And we can actually capture that CO2 and quantify it in a lab analysis or in other sensors. And the more CO2, the more active the microbial activity in the soil is. And the more active microbial activity, the more resilient [the soil is], the less dependent we have to be on synthetic fertilizers,” Hora said.

Hora also likes to quantify the organic nutrients in the soil, like organic nitrogen and organic phosphorus. Other metrics include the solid form of carbon in the soil, which is important for carbon markets, and water infiltration, which reflects the degree to which rainfall or irrigation stays in the soil.

Continuum Ag uses those metrics in its platform called TopSoil. As Hora was helping farmers utilize a new soil health tool called the Haney Soil Health Test to better manage their fertility and make better decisions, he built up a really large data set. Thus, a system to manage data and provide insights was needed.

TopSoil maps out soil health metrics. It maps out fields and combines farmer data with other datasets (e.g. governmental) to run spatial variability analysis. The platform utilizes machine learning and algorithms to evaluate the spatial variance within a farm’s operation. From that variability assessment, it provides zones to map out the different variable areas within the field. Based on that, fertilizer recommendations are provided.

Those recommendations result in the ability to decrease fertilizer to the tune of $106 an acre on average, Hora said. Continuum Ag is the only one who works with the Haney Soil Health Test, and they charge $10 per acre, he went on to add.

Hora believes that going forward, more data points coming from sensors will be integrated. He thinks that’s the future, and said the platform is ready for it. At the moment, however, the best tool to use is a shovel. That’s what people use to take soil samples. Continuum Ag works with a global network of over 400 agronomists who can help.

TopSoil is used across 36 States in the US and 15 countries internationally. Continuum Ag is among the pioneers, as regenerative agriculture systems like cover crops are only utilized on 4% of US crop ground and no till is only used on about 30% of US crop ground today, Hora said. But that’s changing, as there is growing interest.

The 1000 Farms Initiative from the Ecdysis Foundation is one of the largest projects to date to gather data on agricultural management practices, soil and water health, biodiversity, and profits on more than 1,000 farms and ranches. And startups developing biological inputs for crops raised just over $892 million worldwide last year, according to preliminary data from AgFunder.

“The knowledge that’s been passed on to most farmers today is the traditional way of doing things. And a lot of the information coming from universities or large agriculture companies is pretty outdated. We almost have to unlearn and relearn a lot of these things.

“It’s a minority of farmers that are practicing regenerative agriculture today, but a large group now needs to come this direction. They see it, they’re being pressured to be more sustainable, and those farmers need help. Through data and our platform, we’re scaling our ability to work with those farmers, and we’re working with large enterprise customers to take our systems to a larger scale.

“We also need a lot more consumers and supply chain companies and financial institutions and such. We need those folks coming to the table as well to enable this to scale. It takes a long time to turn a massive ship like agriculture, but we are moving in the right direction and there’s a really bright future ahead for this space,” Hora said.