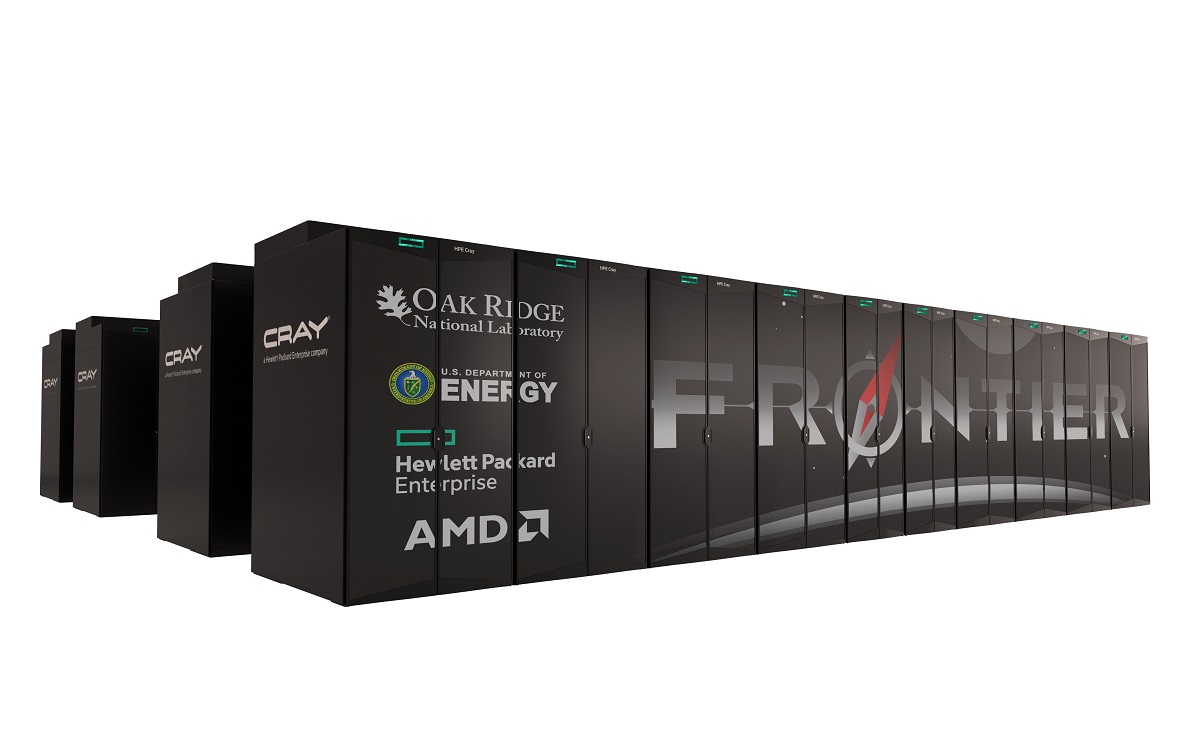 Advanced Micro Devices said that its Epyc processors power the most powerful supercomputer in the world.

The Santa Clara, California-based chipmaker also said that its Epyc processors power five of the top 10 most-powerful supercomputers in the world and eight of the ten most efficient supercomputers, according to the latest Top500 Supercomputer and Green500 lists. AMD has 94 systems on the top 500 list. The fastest system is made by HPE.

Oak Ridge National Laboratory’s (ORNL) Frontier system submitted its very first score to the Top500
list of 1.1 exaflops, making it the world’s fastest supercomputer and the first to break the exaflop barrier, AMD said. This score is double the score of the No. 2 system and greater than the sum of the next eight systems on the latest Top500 list.

The next steps for Frontier include continued testing and validation of the system, which remains on track for final acceptance and early science access later in 2022 and open for full science at the beginning of 2023.

In other AMD Epyc and AMD Instinct MI200 systems, CSC’s LUMI supercomputer is third on the Top500 list with 152 petaflops of performance and third on the Green500 list with 51.6 gigaflops/watt
power-efficiency, and the Adastra system at GENCI-CINES is tenth on the Top500 list and fourth on the
Green500 list. These systems continue to highlight the performance and efficiency capabilities of the
AMD Instinct accelerators at a node, cabinet and system level.

Additionally, the Top500 and Green500 lists showcase the rapidly growing preference for AMD solutions across the HPC industry. On the Top500 list, AMD products power 94 total systems, an increase of 95% year-over-year, and AMD Instinct MI200 accelerators made their first entry to the Top500 list with seven systems.

“We are excited that AMD Epyc processors and AMD Instinct accelerators power the world’s fastest,
most energy-efficient, and the first supercomputer to break the double-precision exaflop barrier,” said Forrest Norrod, senior vice president of the datacenter solutions group at AMD, in a statement. “Innovation and delivering more performance and efficiency for supercomputers is critical to addressing the world’s most complex challenges. AMD EPYC processors and AMD Instinct accelerators continue to push the envelope in high-performance computing, providing the performance needed to advance scientific discoveries and enable supercomputers to break the exascale barrier.”

The performance number delivered by this single generation of AMD Instinct based systems on the Top500 List, almost equals the combined Flops of the rest of the 161 accelerated system on Top500
On the Green500 list, AMD EPYC processors and AMD Instinct accelerators now power the four most efficient supercomputers in the world. Beyond that, AMD products are in eight of the top ten, and 17
of the top 20 most efficient.

“The Frontier supercomputer, powered by AMD and HPE, represents a massive step forward for both
science and for the HPC industry,” said Bronson Messer, director of science at the Oak Ridge Leadership
Computing Facility, in a statement. “Our collaboration with AMD has been critical for us to ensure that we deploy the world’s leading platform for computational science. The Frontier supercomputer taps into the combined performance of enhanced AMD CPUs and AMD Instinct accelerators, along with an enhanced AMD ROCm 5 open software platform, to deliver the performance researchers need to carry out scientific
research for the good of all mankind.”