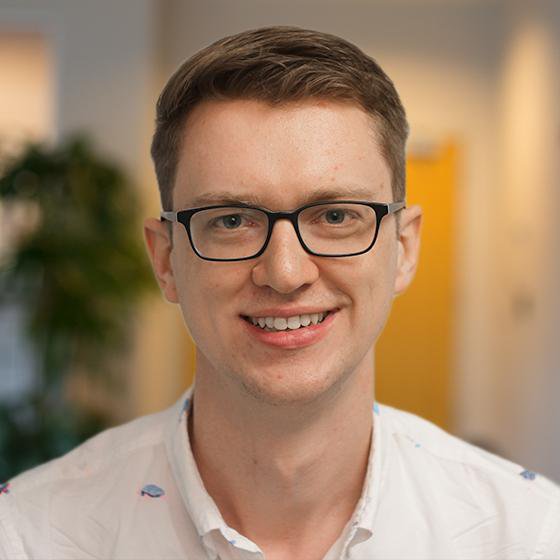 The design of critical systems—those used in aircraft, medical devices, etc.—is becoming increasingly challenging as they increase in sophistication and complexity. A recent research project at the SEI aims to improve the way these systems are designed by allowing engineers to evaluate more design options in less time than they do now. The state of the art in critical system design is model-based engineering, but it requires engineers to manually construct a model of their system and then analyze it for various performance and cost characteristics. As this post describes, we prototyped a language extension and software tool—collectively referred to as the Guided Architecture Trade Space Explorer (GATSE)— that partially automates this process so system engineers can rapidly explore combinations of different design options.

We are not the first to look at the integration of automation and system design. At first blush, it may seem like an optimization problem, where system designers might simply specify requirements—e.g., “the system shall cost less than $10M” and “the system shall respond to inputs in less than 5ms”—and then, given a supply of components and configuration options, simply find an architecture that satisfies all design constraints. Indeed, this approach has been taken by some researchers in this area. We share the recognition of others, though, that since many of a system’s quality attributes are not easily quantifiable, it is better to use automation to augment engineers’ efforts rather than partially replace them.

Far more common than optimization, however, is the standard guess-and-check style of system design, where engineers first select system components and configuration options based on intuition or familiarity and subsequently check their designs using various analyses. This project was designed to explore a newer paradigm, though, called design by shopping, where engineers first specify component and configuration options, and then valid system designs are automatically generated and analyzed for performance and cost characteristics. Designers can then “shop for” the system design they want by exploring the space of possible system configurations; since these configurations necessarily entail various tradeoffs between their quality attributes (e.g., a more expensive system might have better performance), this gives rise to the term trade space.

GATSE relies on three modifications to existing technologies to improve the way critical systems are designed.

Trade Space Specification—The preliminary task (0, in Figure 1) consists of installing ATSV, OSATE, and the GATSE plugin; specifying an AADL model; and identifying one or more analyses to run. The user must then specify the system’s trade space (1, in Figure 1). This specification is done by indicating what elements in the system can change and the possible values for those changes (e.g., the possible transmission rates for a bus or different models of a sensor), any constraints on those changes (e.g., a particular component might require or forbid the use of another component due to incompatibilities), any output constraints (e.g., maximum allowable power consumption), and which analyses to run. The user can then trigger the GATSE-Initialization (2, in Figure 1) and OSATE will perform several tasks (collectively step 3 in Figure 1):

Trade Space Exploration The second phase begins when the user triggers the exploration (4 in Figure 1). This phase is almost entirely automated – ATSV and OSATE (with the GATSE plugin) do most of the work. When the user selects the generated engine configuration and starts the analysis, the following substeps (collectively step 5 in Figure 1) occur repeatedly:

At the end of the run, there will be a potentially large number of candidate architectures. Using ATSV, these can be represented in multiple ways, Figure 2 shows a simple two-dimensional graph with a third system aspect represented using color. In it, the user has chosen to use the system candidates’ Price as the X axis, Weight as the Y axis, and “Braking Power” – a hypothetical measure – to determine the color of the point. Any quantifiable system aspect could be used for any of these axes, however, and they can be easily changed as the system’s trade space is explored. If the user is not satisfied with the output values, i.e., none of the architectures generated by the tool will suffice, he or she can further modify the model or input parameters (by returning to step 1 from Figure 1). If one or more of the candidate architectures is satisfactory, though, the user can select them to view additional details, as shown in Figure 3. Figure 3: ATSV displaying the details of a candidate architecture from GATSE, including the precise results of system analyses and the specific configuration options necessary to build this particular system architecture. From “Guided architecture trade space exploration: fusing model-based engineering and design by shopping” by Sam Procter and Lutz Wrage.

The Need for Architectural Modeling

All of this modeling and analysis may seem like a lot of extra work for relatively little payoff. If we’ve been designing aircraft and medical devices for years using standard techniques, why should we change something that’s working? It all comes down to the increased complexity of modern, critical systems.

Figure 4: The cascading effects of a system change on different quality dimensions.

Much of this increase stems from the interconnectedness of system attributes. Consider the example shown in Figure 4. If system designers change the key size of the encryption used in a system from 128 to 256 bit, they may only be thinking of the security implications of the change—a larger key size means that decryption of messages will be harder. A larger key size, however, may require more processing power from the CPU, which means that it may take longer and potentially impact system latency. That latency may in turn cause the system to miss its timing requirements, which could potentially lead to a safety hazard. It is this interconnectedness that AADL and OSATE are designed to help with: by using an architectural model as a single source of truth, many aspects of a system can be considered simultaneously. Figure 5: The growth of software size and cost.

Software poses a particular challenge to system design. That’s because software’s greatest strength—its tremendous flexibility—also poses the biggest risk when it comes time to analyze a system’s performance and safety characteristics. Though the design-by-shopping paradigm has been used before, on things such as vehicle design and radios for satellites as well as the previously mentioned wing design, it hasn’t been used for software-based system configuration. As Figure 5 shows, software size and costs are growing at an incredible rate—anything we can do in this area should be beneficial to keeping system development costs down.

On to Commercial Use

In a later post, we’ll detail how the open and extensible nature of OSATE and AADL dovetail to make GATSE highly adaptable to domain- or product-specific needs. We are interested in evaluating this tool’s applicability to commercial or industrial system design. If you know of an opportunity to do this type of evaluation, or you’d like to see how GATSE can help in your system design tests, please reach out!