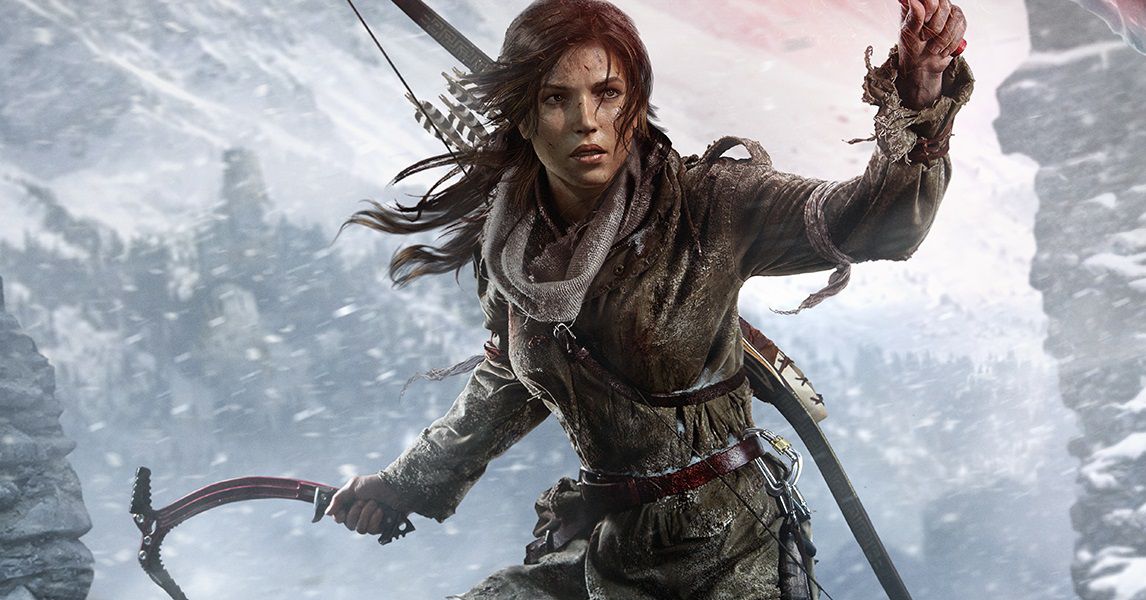 Ever heard of the Streisand effect? It’s when someone tries to suppress information, only to wind up spreading it even further than it might have otherwise traveled.

For example: Last week, I might have been skeptical if you told me a podcaster got their hands on a casting script for the next Tomb Raider game — one which reveals that a older, lonely Lara Croft may dodge lasers in a “gravity tomb” and engage in a romance with another female character.

But if you also told me that the head lawyer at Tomb Raider studio Crystal Dynamics immediately sent a DMCA takedown notice — one where he attested under penalty of perjury that the podcast infringed on the studio’s intellectual property — I would absolutely think that script and those details are completely, totally real.

That’s exactly what happened over the last few days (via VGC). On Friday, Colin Moriarty’s Sacred Symbols podcast contained an unusual segment featuring part of an alleged casting script for British actors reading for the part of Lara Croft herself. “They’re looking for a female in their mid-30s, who’s white, five-foot-six, athletic, and a prototype of Emily Blunt, Rosamund Pike, etc,” Moriarty read.

Then he went on to read a large passage describing a possible new tone for the new game:

Lara Croft is now at the top of her game. Gone are the days of the young inexperienced woman dealing with matters of legacy and familial reckoning, Lara has let go of her childhood and fully embraced a life of adventure and purpose. Her legendary career has been lauded in print and tabloids, tall tales of adventure that have inspired a new generation of Tomb Raiders to seek their fortunes in the world. And with this new phase of her life, Lara fully accepted her place among the ruins.

For many years, Lara plumbed the depths of forgotten places, played cat in mouse with many nefarious opponents, and worked to uncover, preserve and protect the lost secrets of the world lest they fall into the wrong hands. But as the years have passed, Lara has become lonely at the top. The beginning of this next chapter presents Lara with the quintessentially adult problem facing something too big to handle alone on this new adventure. Lara will encounter a challenge she can only overcome with a team at her side. Collaboration is foreign to her. She’s always succeeded alone. So, in this situation, she’s a fish out of water.

After that, his co-hosts Chris and Dustin acted out the two casting scenes, featuring Lara, a woman named Tanvi, and a man named Devindra (I hope I’m spelling correctly). Lastly, Moriarty reads a note that the female actor they’re looking for may have “romantic scenes with another female character,” but that “there is no nudity or simulated sex.”

All of that was apparently enough to push Square Enix’s Crystal Dynamics to send the DMCA takedown notice the very same day — though not to Moriarty, but rather the Patreon page where subscribers support his podcast, directly threatening his source of income.

“I was acting in the notion that this is fair use, this is of huge general interest”

On Monday afternoon, Patreon sent along the DMCA notice, and after spending $1,000 to consult with his own lawyer and time with Patreon’s legal team, Moriarty says he decided to remove that one specific segment of the podcast — even though he thinks it was probably an act of journalism. “I didn’t steal it, I didn’t ask for it, I didn’t buy it,” he told listeners in a follow-up video about the DMCA takedown. “I was acting in the notion that this is fair use, this is of huge general interest.”

I obtained a copy of the original DMCA notice from Moriarty. While it’s vague about what, exactly, Crystal Dynamics takes issue with, there aren’t a lot of possibilities. Even the YouTube version of the primarily-audio podcast has no visuals that would belong to Square Enix, no logos, and no pictures of Lara, not even transformative ones. It’s just audio. “I read maybe 2/5 of the coverpage, generally verbatim, and then we acted out the two scenes that were given to me,” Moriarty tells me. Removing that audio was enough to satisfy Patreon’s legal team, he says.

Moriarty also says he doesn’t blame Patreon for not wanting to push back. “I’m not mad at them in this situation, nor out to blame them.” But he doesn’t want to be “a free speech martyr” himself, either.

“I personally think we could make a ‘fair use’ play, both in notability of the news and in our interpretation of the script, but I don’t have the time, means, or energy to fight, and I don’t wanna open us up to further trouble. Easier to capitulate, sadly, which — if I may be conspiratorial — seems to be the point in these cases. I’m a person running a business out of my house; Square Enix is, well, Square Enix,” he tells me.

Richard Hoeg, a lawyer who covers these sorts of issues in his own Virtual Legality podcast (and also has his own Patreon), joined Moriarty in the follow-up video. He explained that it’s hard to tell what may or may not be considered fair use.

“If it’s the design document […] that you read out loud in your video, that’s going to give the other side more purchase to bring an infringement claim,” Hoeg suggested, while still entertaining the idea it could be fair use. He concludes that you can’t really tell until there’s a verdict in court — and Sacred Symbols has been clear that it doesn’t want to fight to find out.

Still, the Sacred Symbols podcast isn’t fully caving to what they assume are Square Enix’s demands. The unedited, original version of the podcast will remain on YouTube and their free podcast feeds until or unless Square Enix takes action there too.

Square Enix didn’t respond to a request for comment.