It is hard not to feel excited or giddy when you hear Michael Ruddy speak about his passion: 3D printing.

Ruddy first started 3D printing at the school where he works as a handyman when a neighboring school gave them an original MakerBot. “The other school thought it was broken – obviously it wasn’t broken, the nozzle was just clogged,” said Ruddy.

Ahhh, the joys of 3D printing.

“The IT guy and I looked at it together, and the second we got it working, I thought, we can use this for everything” – and he pretty much has.

Ruddy has used 3D printing for nearly every project since, including personal use, for work, and for his cosplay business, Hero Complex Props (seriously cool stuff on that link).

“I work at a school for children with special needs, and one of the first things I designed and printed were small modifications to customize desks for the kids,” explained Ruddy, “this saved the school a couple of hundred dollars as well as the time in replacing the desks.”

The desks are used for students that have a little more energy, or for those who concentrate better while active. Students can sit on a stool at the standing desk and rest their feet on a swing bar. The swing bar is secured on the legs of the desk with a ring clip, which prevents metal-on-metal contact. These clips, however, break easily, which then creates a horrible, highly disturbing screeching noise while in use – see the below clip for an example.

Ruddy was able to design and print replacement ring clips for the desks, saving the school a lot of time and money. Check out the clip below to see the vast improvement even a simple print can make.

Ruddy has also used 3D printing to help teach his son: “My son has autism, and I started making stencils of his name – it’s hard to find customized items for kids to help them out, so I started printing stencils and puzzles.” 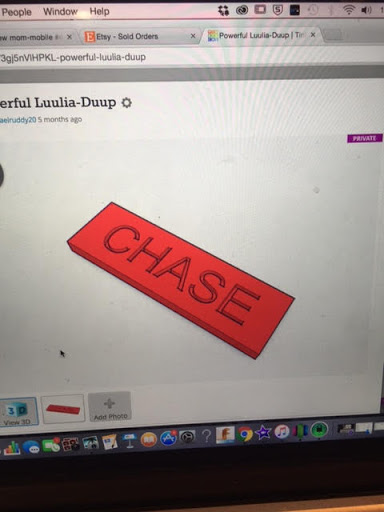 As you can see, Ruddy uses 3D printing for many practical jobs, but his main passion is in cosplay. “My hobby is helping other cosplayers with their hobby,” states Ruddy. Ruddy has an innate tendency to be an incredibly helpful guy.

Ruddy, who has been attending comic conventions since he was a kid, has witnessed and contributed to the transitions of cosplay through the years: “I’ve been doing cosplay for a while, like little odds and ends using PVA foam or some leather pieces, but as far as 3D printing goes, I’ve only been doing that for a year,” states Ruddy.

For those of you who are new to the art, cosplay is the practice of dressing up as characters from movies, books (frequently comic books), and video games. The hobby and borderline craze has become more popular over the years with the boost in comic book popularity, but purists will argue that they have been cosplaying for decades. 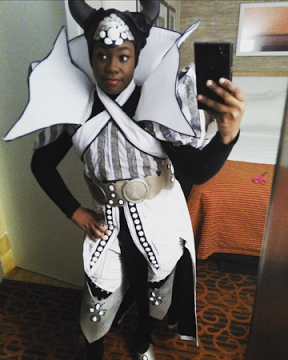 One of Ruddy’s most recent cosplay pieces was for Tamara Heredia, a well known player in the cosplay universe. She planned to design most of her costume as Vivienne from the video game Dragon Age Inquisition, but she needed a little help with one essential element: the staff.

“People will contact me and they’ll ask for help with one particular piece,” said Ruddy. He continued to explain that “everyone likes to make their own stuff, so it doesn’t take away from their entire experience – it’s their hobby, too, but sometimes people just need a little help.”

Ruddy and his friend, Bryan Bledsoe, went back and forth on quite a few designs with Heredia before they decided on a final product. Then, the printing began. The staff was printed with MatterHackers’ Silver PLA on the Robo R1 Plus 3D printer. The pieces were designed to attach to either PVC pipe or a wooden dowel, forming the powerful Disciple Ice Staff.

The staff was printed in MatterHackers Silver PLA on Ruddy’s Robo R1 Plus at 200 microns. 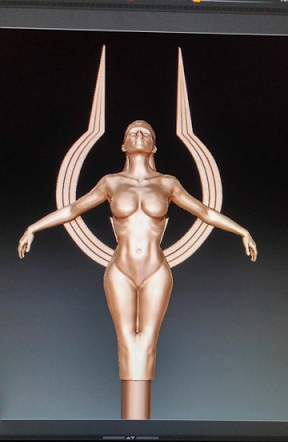 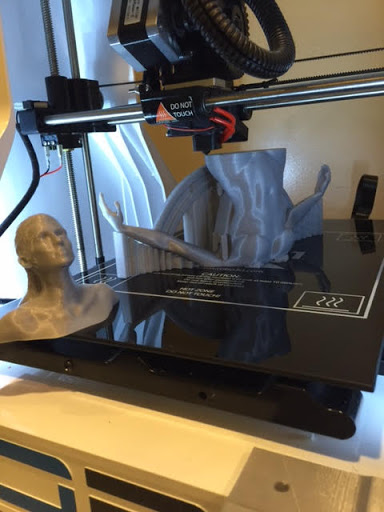 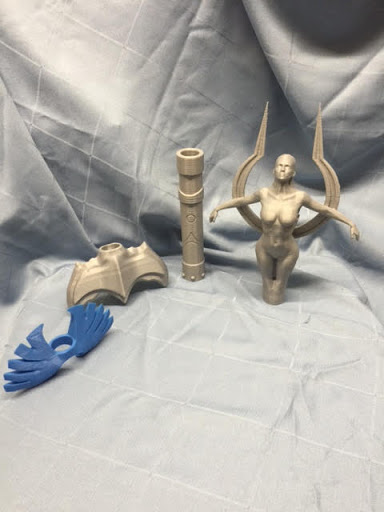 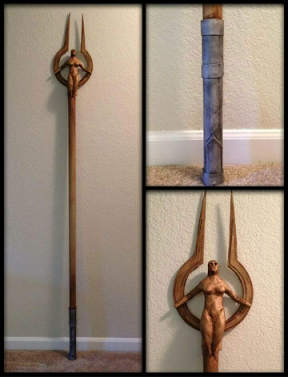 Another project that Ruddy has worked on recently is this awesome hook. 3D printing enthusiasts know that getting a clean print can be the most difficult part of a project, but Ruddy has printing with his Robo down to a tee – his battle comes in the finishing touches. 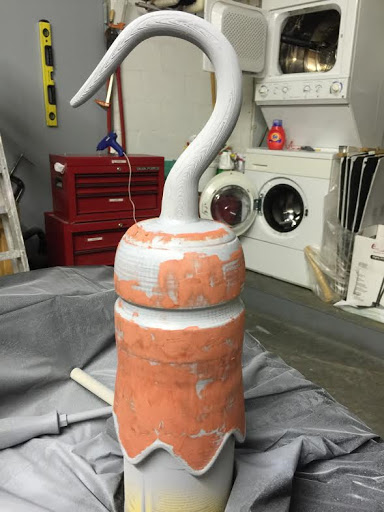 With extensive use of Bondo, filler primer, and a ton of sanding, the hook was finally ready to be painted. I don’t know about you, but after this paint job, this hook looks pretty real to me. 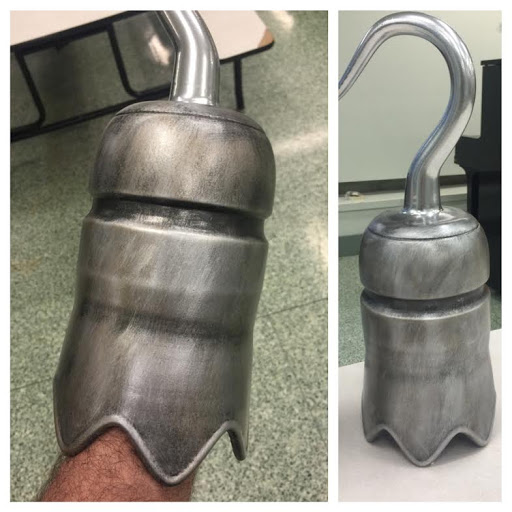 After only a year of 3D printing, Ruddy has accumulated a fleet of seven printers at his school and for personal use. He hopes that 3D printing will continue to become more affordable so others can help their hobbies flourish.

As for his own cosplay costume: “If I’m going to do something, it has to be perfect – it’s in the works.” Well, Mr. Ruddy, we can’t wait to see what you come up with!

If you’d like to get in touch with Michael Ruddy for costume help, you can visit his site here.

To check out Tamara Heredia’s cosplay, you can visit her facebook page here.

Do you think you have what it takes to be our next Hacker of the Month? Simply follow us on Facebook/Twitter or email media@matterhackers.com. Tell us about your project or 3D printed creation, and you could be featured in our next newsletter. Hacker of the Month will also win 3 free spools of PRO series PLA or ABS filament to further their pursuit of 3D printing greatness.