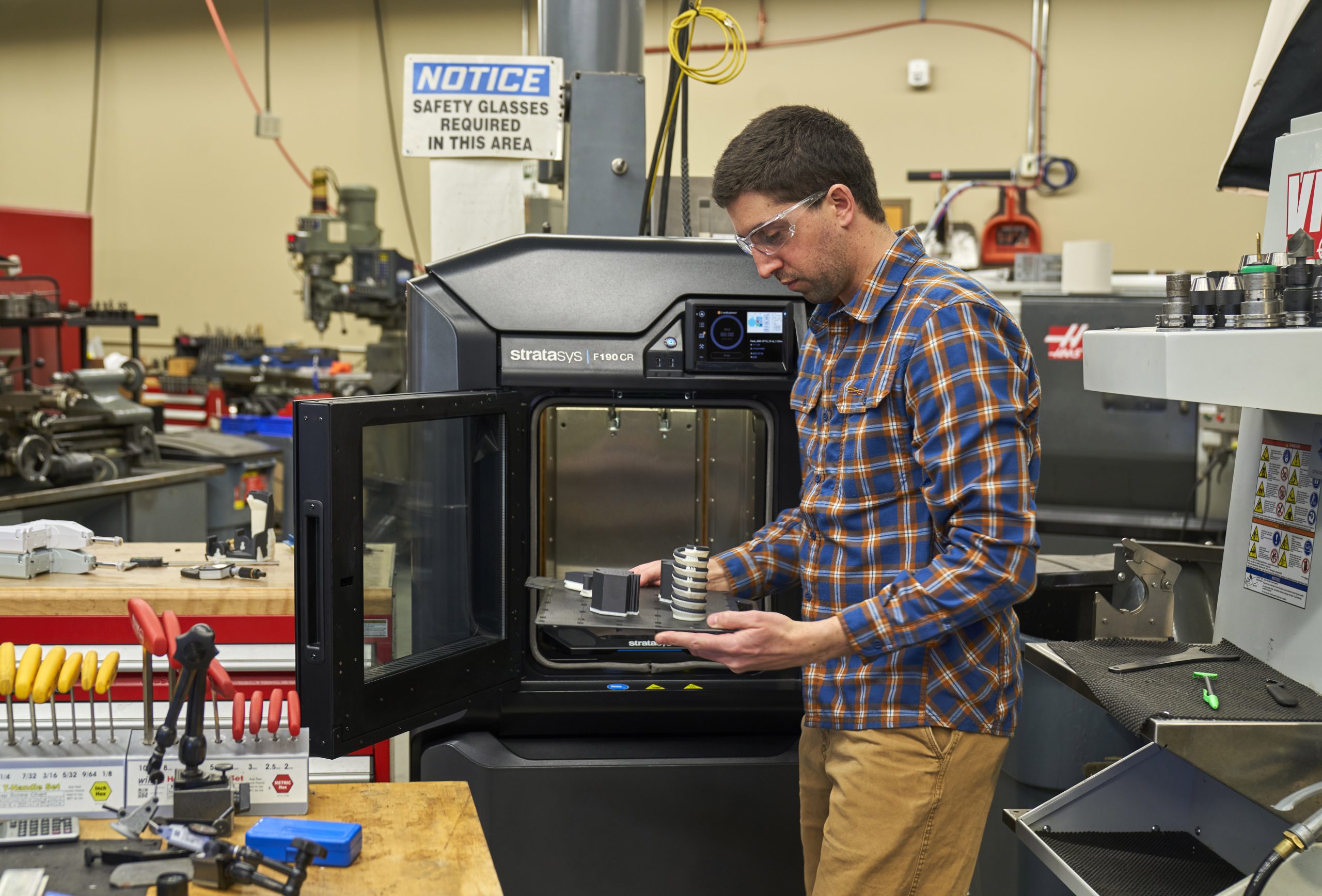 3D printer manufacturer Stratasys (SSYS) has announced that its revenue rose 13.3% during Q2 2022 amid continuing high demand for its machines.

The firm’s highest Q2 revenue in four years was driven largely by systems sales, which grew 29.2% year-on-year, thanks in part to the income provided by its newly-launched H350 3D printer and acquired Origin One offering.

However, despite its strong revenue performance, Stratasys has now reduced its outlook for the 2022 financial year by $10 million, to $675 million to $685 million. In the hours after announcing the decision, which the company sees as necessary due to “unexpected and adverse currency exchange rates,” its shares fell 6%.

“We are advancing our leadership position by executing on our strategic initiatives and steadily expanding our reach into Fortune 500 manufacturing facilities worldwide,” said Dr. Yoav Zeif, CEO of Stratasys. “We continue to provide best-in-class, full-scale 3D printing solutions through our innovative and growing ecosystem of polymer additive manufacturing systems, expanding variety of materials, end-to-end software and top quality service.”

“With our robust balance sheet and leading go-to-market strategy, we are well-positioned to navigate challenging supply issues and global inflation.”

As was the case last quarter, when Stratasys’ Q1 2022 revenue grew 22%, its rising income during Q2 2022 was driven largely by strong machine demand. Given that system sales are reported under the firm’s Products within its financials, the division remained its highest earner over the quarter, bringing in $115.7 million, a year-on-year rise of 15.4%.

On Stratasys’ earnings call, Zeif explained how demand for its machines was particularly strong in the automotive, medical and dental sectors. During Q2 2022, the company not only announced it was supplying NASCAR’s first 3D printed production parts, but was named Toyota Racing Development’s 3D printing partner for an upcoming single-make racing series.

As well as hailing these projects as “excellent proving grounds that can ultimately help lead to mainstream production runs,” Zeif praised the momentum Stratasys is gaining in medical and dental. According to the CEO, his company continued to see interest in the J5 Dentajet 3D printer with twice the throughput it released last year, and it now aims to make fresh medical gains with its new RadioMatrix material.

Stratasys’ continued system sales rise has also seen its base grow significantly, in a way that facilitated a 3.9% increase in its consumables revenue in Q2 2022. The same effect is expected to be seen in the firm’s Services segment as well, which generated $50.9 million over the quarter. This figure is 9% higher than the division’s Q2 2021 earnings, reflecting a 9.1% growth in Stratasys’ customer service revenue, but 3.6% less than its Q2 2019 result, thus it remains below pre-COVID levels.

During its earnings call, Zeif described Q2 2022 as a quarter in which Stratasys’ growing portfolio provided it with access to “new business opportunities.” This claim is supported by the sheer breadth of applications announced for the firm’s machines in Q2 2022, which were deployed within industries ranging from automotive and electronics to the world of fashion.

In addition to deploying its technologies in new areas, Stratasys continued expanding its portfolio during Q2 2022. Following the launch of the textile-focused J850 TechStyle 3D printer in May 2022, the company introduced the F190CR and F370CR industrial FDM 3D printers and 16 new materials across its FDM, P3 and SAF technologies. Thanks to this wider offering, Zeif explained that Stratasys is now “uniquely positioned to help customers” address their supply chain concerns.

“What we are focusing on now is building a material portfolio that will go with our three technologies, supporting them with application engineers and a unique service offering,” added Zeif. “When you put everything together: the speed, yield and quality we will be able to provide to our customers, plus the disruptive solutions that you will see in the future, we will become a leading player.”

Heading into H2 2022, Stratasys expects its revenue growth to be 6%-7% higher than in H1 2022, with its fourth quarter earnings set to grow at a faster rate than the third. However, based on current logistics and materials costs, the firm anticipates that exchange rate fluctuations will equally impact its third and fourth quarter results.

In an update on the MakerBot-Ultimaker merger, which was announced in May 2022, Zeif also revealed that the deal, which will be completed next quarter, isn’t expected to materially impact its revenue. However, on the firm’s earnings call, the CEO didn’t take the chance to comment on Stratasys’ poison pill filing in July, a move that followed Nano Dimension’s investment in Stratasys, and is traditionally taken to deter hostile takeover attempts.

Moving forwards, on the logistical front, Stratasys is expecting further challenges in Q3 2022, which will see its gross margins come in relatively flat against Q3 2021. Describing the current supply chain situation as a “war,” Zeif announced on the call that the company had spent over $20 million on extra inventory to ensure it’s able to meet future demand.

“In the second half of the year, who knows exactly what will happen?” posed Zeif. “What we do know is that we have five technologies, the largest install base in the industry and we have become more critical to our customers. So when we look at the inventory that we have built up, their needs and the fact they’re consuming more materials, we are optimistic that we are resilient enough for any market conditions.”

“It’s a war out there in supply chains. We are increasing inventory as we are willing to leverage our balance sheet to deliver value on time to our customers.”