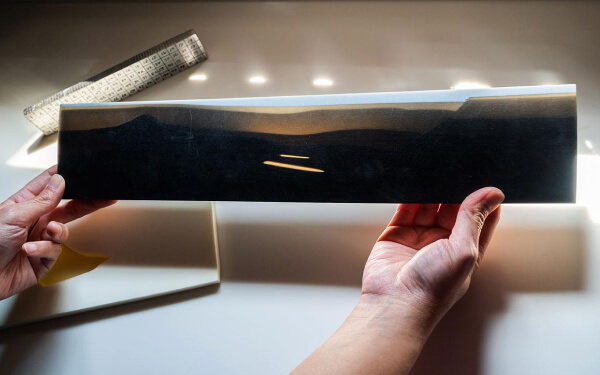 Researchers at University of Chicago have found a novel way to physically model Earthquakes which have been shown to have a fairly high similarity with computer simulations of Earthquakes.

The team realised that during Earthquakes occurring in basin areas, such as that which struck Mexico City in 1985, exhibit more damage around the edge of the basin. Until now, it has been difficult to determine why this may be.

But thanks to 3D printing and lasers, the researchers have been able to gain some insight into this phenomenon.

Beneath the ground, the earth forms into layers over time. These layers have different material properties. Some are soft like clay, and others are brittle like shale.

The interactions between these layers during an earthquake are not so easy to understand.

“Simulating all of this is really hard to do, not only because it’s computationally intensive, but we don’t know enough about the physics at small scales—that is, down to the level of a mile across or less,” said Park.

“For example, if there are aquifers filled with water or magma chambers, how do those affect waves? We don’t know very well.”

Previously researchers could make physical models with different layer properties, and glue them together to replicate the layers beneath the ground. But obviously this is labor intensive, and contains a human error element.

The team thought AM to be the perfect process to replicate these mini geological models, and so by using some form of LPBF they were able to create a metal version of the model, with varying density and porosity applied to each layer by changing the printer parameters.

With this method, the team were able to model rock layers beneath Los Angeles at a scale of 250,000:1 measuring just 8 inches long. You can see that below.

“We know that you would experience the same earthquake differently if you were in a basin or on a mountain, but predicting or simulating that is really difficult, in part because it’s just hard to get the level of detail you need,” said Sunyoung Park, lead author on a recent paper detailing the process.

“With these 3D models you can get a level of granularity that really helps you see patterns that you wouldn’t otherwise. It’s a really neat technique.”

We agree. It is pretty neat, especially as it is providing useful information.

The models were subjected to stimulation emulating an earthquake and the model was measured with lasers. The experiment led to a surprising conclusion.

And this process may have additional benefits far beyond our own terra firma, as it were…

“We could even do other planets; for example, we know from seismic sensors on the moon and Mars that they experience Marsquakes and moonquakes, but their recordings look quite different from those of earthquakes,” said Park.

“You could imagine creating scale models of the moon or Mars to try to understand.”

You can read the full paper, titled “Seismic wave simulation using a 3D printed model of the Los Angeles Basin” at this link.