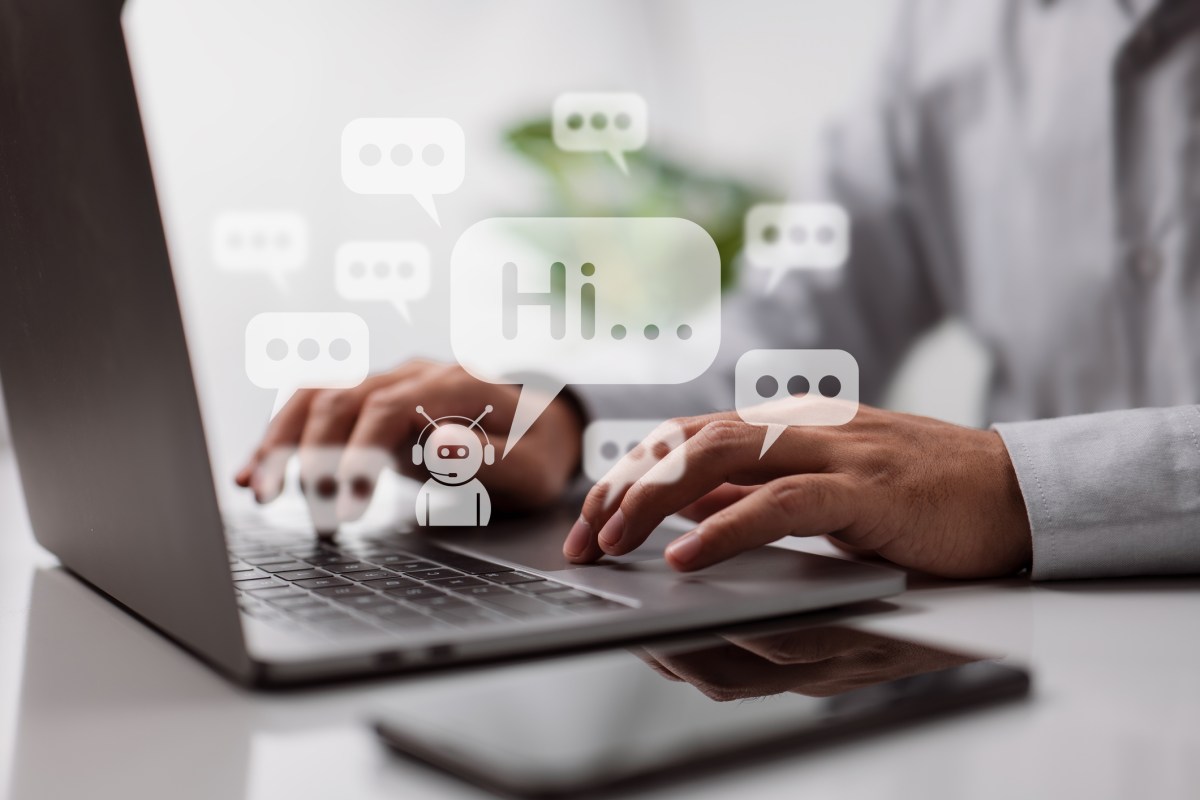 Enterprises love conversational AI chatbots, too: According to a recent Gartner report, by 2027 chatbots will become the primary customer service channel for roughly a quarter of organizations. Over half (54%) of survey respondents said they are already using some form of chatbot, virtual customer assistant (VCA) or other conversational AI platform for customer-facing applications.

According to Susan Hura, chief design officer at Kore.ai, chatbots aren’t all-knowing virtual assistants living on a website that are ready to answer every question at a moment’s notice. While integrating a conversational AI-supported chatbot may seem quick and easy, there are complex intricacies under the hood. A chatbot’s design, she explained, plays a more strategic role than one might think and requires an immense amount of human input to create.

Orlando, Florida-based Kore.ai was cited in Gartner’s 2022 Magic Quadrant for Enterprise Conversational AI Platforms as offering a “no-code platform for conversational AI in a broad sense, crossing over into adjacent product categories with interface and process building capabilities.” Essentially, the company develops conversational bots for enterprises across different channels, from traditional web chatbots and SMS bots to bots in Facebook Messenger and WhatsApp and voice-enabled bots.

Hura joined the company in March to build out an expert design practice for the company.

“While it is a do-it-yourself platform, for many of our enterprise-level customers an expert team comes in to help define the framework for the bot or this suite of bots they develop,” she said.

There are five conversation designers on her team who define what the bot says to the user and develop the structure of the conversation. Additionally, she explained that there are seven natural language analysts that define how the bot listens and interprets what the user says.

“Both of those together really form the conversational experience that someone would have interacting with one of these bots,” she said.

Hura, who has a Ph.D. in linguistics and began working in speech technology while working at Bell Labs, which she noted, “… was literally because I was sitting next to visual designers who were working on a speech technology project.” Hura said there are plenty of misconceptions about conversational AI chatbots. Against this backdrop are three myths that she says need to be busted.

Truth: It takes time and effort to design successful chatbots.

“I think it’s partly because there’s still an awful lot of salespeople and people in the media who portray conversational AI as if it’s magic,” she said. “As if just by designing a conversational bot, all your dreams will come true.”

However, just like any other technology, organizations have to invest the time in order to teach the bots to do the things they want it to do.

“You would never expect a human who was going to be filling the role of a virtual assistant to just automatically know everything and have all the information they need,” she explained.

That is where it’s important to realize that “understanding” is really a human word, she added. “I think when people hear the words ‘natural language understanding’ they believe the technology is based on meaning when, in fact, it’s not.”

In fact, she explained, conversational AI technology is based on language. “The bot is simply producing output based on its analysis of all the input you put into it,” she said. “The better structured that data is, the more intelligent a bot will sound.”

Imagine a user is on a webpage interacting with a conversational AI chatbot. The user says, “it seems like there is a duplicate charge on line three.” The truth is, ‘line three’ means nothing to a bot, Hura emphasized.

“The bot is sitting there on the website, but the bot has no understanding of what’s happening in the context in which the user is seeing it,” she said. “So people often have misaligned expectations around the context of use.”

“The bot is not going to be any smarter than your website,” Hura explained. “The conversational AI-supported bot can’t answer a nuanced question if it requires more data than is available. It can only answer to the extent you’ve provided the data.”

Chatbots also require the context of the conversation itself.

“Sometimes those perceptions come down to the bot’s ability to speak in a way that is aware of the context of the conversation itself,” she said.

“That’s the way a human would say it,” she explained. “The word ‘and’ also does a ton of work in the conversation – it indicates I’ve heard your answer and am following up with another question, it feels like the bot is aware of what’s happening.”

Myth 3: Chatbots do not need design

Hura said chatbot design is all about user experience (UX) design. “On my team, we practice something called user-centric design with an iterative process,” said Hura. “As we’re thinking about the framework for conversations between a bot and a user, the more we know about the user – who they are, what their expectations are, what their relationship is with the company – the better.”

The first thing Hura’s team does is produce a conversational style guide, similar to the style guides created when building a mobile app, website or piece of software. “We define the sound and feel that we want this bot to have,” she explained. “It’s a fun and unique thing that defines the personality of the bot.”

A script defines what the bot says, while flowchart-type diagrams map out all the possible paths that the bot could go down.

For instance, for an application where the user calls to make a service appointment for their car. The company needs to collect the vehicle year, make and model.

“If the user says early in the conversation ‘I need to bring my Corolla in for an oil change,’ I don’t have to ask for the year, make and model because I already know a Corolla is a Toyota,” she said. “But we build flowcharts to make sure that the bot has the right words to say in any possible situation we might encounter.”

Overall, Hura explained that conversations are ways that people build and reinforce relationships – including with chatbots.

“We make judgments about whoever we’re talking to, more than simply that they gave an accurate answer,” she said. “And we assign bots personality, even when we’re 100% clear it’s a bot.”

That’s why making sure conversational AI chatbots have the right design is so important, she added.

“Organizations should take the time to control that and make sure that the bots speak in a way that reflects your brand value,” she said.