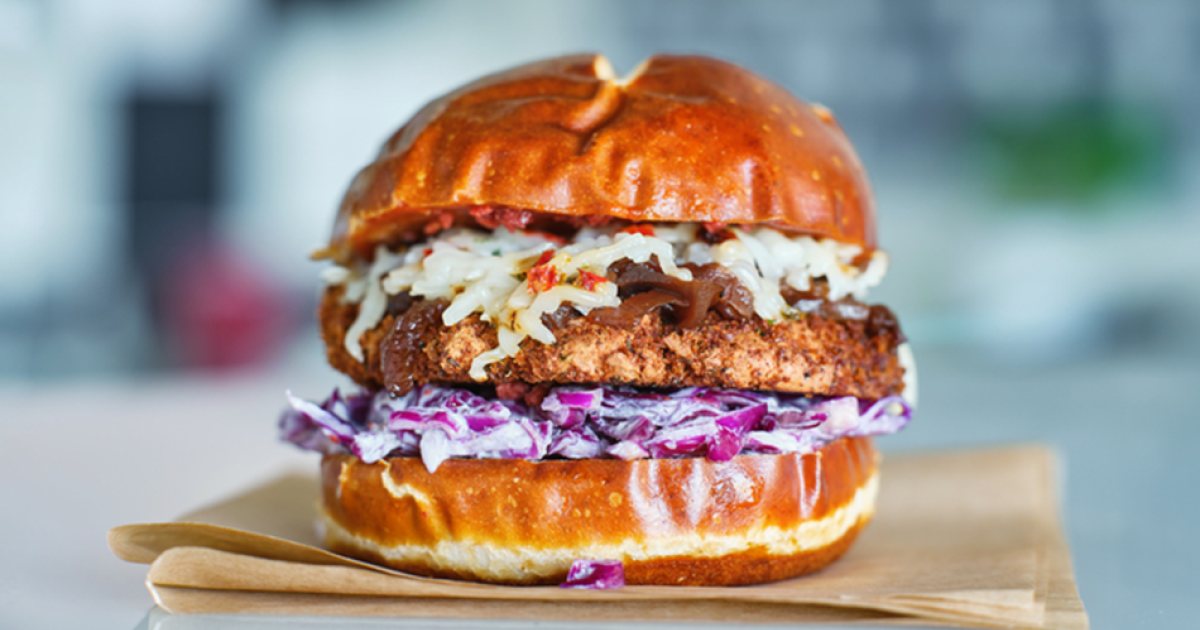 This article originally appeared as part of our Food Weekly newsletter. Subscribe to get sustainability food news in your inbox every Thursday.

As more alternative protein companies make their way onto supermarket shelves and restaurant menus, their business models and impact promises face increasing criticism. Skeptics question how healthy plant-based burgers, sausages and milks are, what the startups’ actual environmental footprint is and how they contribute to a more just and regenerative economy.

Let’s unpack these arguments, debunk some myths underpinning them and look at where food innovators have room to grow.

Critique 1: Alternative protein startups don’t disclose their emissions — so we can’t know if their products are, in fact, more sustainable.

This argument started gaining traction after the New York Times published an article in November featuring critics who question the environmental footprint of plant-based meat companies. They argue that we shouldn’t take their sustainability claims at face value as even prominent players such as Impossible Foods and Beyond Meat haven’t publicly disclosed their emissions.

“It is really a black box,” Ricardo San Martin, research director of the alternative meats program at the University of California, Berkeley, told the New York Times. “So much of what is in these products is undisclosed. Everybody has a supply chain, and there is a carbon footprint behind that chain.” San Martin’s point about supply chain emissions is correct, but he draws the wrong conclusions.

Eighty to 90 percent of food companies’ emissions occur in their supply chains, according to Julie Nash, program director of food and forests at Ceres. They stem from farms and converting natural ecosystems such as forests and grasslands into cropland. There’s ample scientific evidence in the form of life-cycle analyses and other assessments verifying that plant-based ingredients produce a fraction of the emissions of their animal-based counterparts. For example, peas are an essential ingredient for many plant-based foods and emit 0.8 kilograms of carbon dioxide equivalents per kilogram of food. Beef’s carbon intensity is 75 times higher.

Combining these two facts — the dominance of supply chain emissions in food and the much lower carbon intensity of plant-based ingredients that make up alternative protein supply chains — makes the industry’s sustainability claims fair game. (Even if they haven’t reported emissions, which they should.)

This comparative sustainability advantage also holds against the critique that plant-based companies “source their ingredients from chemical-intensive (and therefore fossil fuel-intensive) monocultures and rely on heavy processing.” Meat companies use the very same farm practices to grow soy and corn for animal feed. But by raising animals with it instead of feeding people directly, their emissions are 75 times as high, as explained above.

My instinct is to blame Michael Pollan for the sentiment behind this argument. He has been instructing folks to avoid eating foods their grandma wouldn’t recognize as such and foods with more than five or hard-to-pronounce ingredients. Instead, he wants people to eat “real food” — primarily vegetables, fruits, nuts, whole grains and small amounts of fish and meat.

I generally agree with Pollan’s recommendations and understand that eating too many highly processed foods laden with sugar, salt and trans fats is a primary cause of disease and premature deaths in the United States. But it’s not a pragmatic way to quickly reduce greenhouse gas emissions. There are just too many obstacles preventing radical dietary change and not enough political momentum to mend consumers’ preferences, knowledge and cooking abilities while making whole foods more accessible and affordable.

It’s also unfair to let out broad-brush frustration over the American food system on alternative protein companies. Their aim has never been to replace wholesome, home-cooked lentil soups or go after San Francisco’s $10 cases of pasture-raised farmers’ market eggs. The industry is trying to provide a more sustainable and humane alternative to factory-farmed meat and dairy products while offering some nutritional benefits.

When a customer at Burger King opts for an Impossible Whopper over a beef-based burger, they’re not replacing real healthy food with fake unhealthy food. The shift barely influences the customer’s well-being. But it can have a profound planetary impact at scale. In fact, shifting to plant-based proteins is a precondition to successfully limiting global warming to 1.5 degrees Celsius, according to the Intergovernmental Panel on Climate Change.

Besides, it’s not the processing technologies that make many ultra-processed foods unhealthy. The ingredients are to blame. Highly processed foods can be relatively healthy if they are designed right. The most recent wave of “clean-label” plant-based brands, including Akua, Nowadays and No Evil Foods, is moving in that direction.

Critique 3: Alternative protein companies perpetuate existing power structures in the food system instead of supporting a transition to a just and regenerative economy.

This argument is the latest popular addition to the alternative protein feud, triggered by an International Panel of Experts on Sustainable Food Systems (iPES-Food) report examining the “Politics of Protein” published in April. The authors argue that plant-based startups don’t source their ingredients from sustainable farms (see explanation above) and that the industry is failing to “‘disrupt’ the status quo and challenge the power of the corporate food industry.”

iPES-Food bases the latter argument on observing ever more large food companies such as Nestlé, Unilever and JBS acquiring startups and developing their own plant-based product lines. Corporate interest in alternative proteins is undoubtedly growing. However, overall, the meat and dairy industry is still putting more of its eggs into the basket tasked with lobbying against the growth of plant-based alternatives. So there’s still less corporate buy-in than many assume.

In the end, it’s a false binary to ask people to pick a side — either supporting alternative proteins or a more radical food systems transformation.

Although I wish alternative proteins were a silver bullet solution to today’s complex social and environmental challenges, I agree that they’re not. Plant-based startups don’t dismantle the food system’s financial and political power structures. They’re not here to start a revolution. Quite the opposite: Plant-based foods are designed to fit in seamlessly with manufacturing and retail systems and consumer behavior and preferences.

There’s a good reason behind that strategy. By working within the existing food system instead of tearing it apart, they can scale more quickly and cost-effectively. Attacking the industry for this strategy would equate to accusing Tesla of building electric cars instead of public transportation infrastructure. Yes, I’d love to see better public transportation. But I’ll also happily take the electric cars.

In the end, it’s a false binary to ask people to pick a side — either supporting alternative proteins or a more radical food systems transformation. The existence and growth of both aren’t at odds, as food scholars Jan Dutkiewicz and Garret Broad explained in a recent op-ed. We desperately need all solutions that can improve our food systems’ social, health and environmental outcomes in one way or the other.